University of Georgia President Jere Morehead assumed his presidential post on July 1. Long before, however, President Morehead expressed a desire to learn more about agriculture, the state’s No. 1 industry.

Last Wednesday and Thursday, he was immersed into the agricultural world, thanks to a guided tour by Georgia Agricultural Commissioner Gary Black and UGA College of Agricultural and Environmental Sciences Dean and Director Scott Angle.

The agriculture contingent visited farms and UGA CAES research facilities and talked with farmers and Ag consultants across the state. It was an educational two-day trip down agricultural lane.

“(President Morehead’s) shown a strong desire to learn about agriculture,” Angle said. “Several months before he assumed office, he was already meeting with Commissioner Black and myself and others in the Ag industry to learn more. At that time he promised one of the first things he’d do once he got into office is tour farms and Ag businesses around the state. (Wednesday’s) the product of that promise.”

During the two-day tour, President Morehead made stops at the UGA Vidalia Onion and Vegetable Research Center in Lyons, Lewis Taylor Farms in Tifton, Sunbelt Expo in Moultrie, Southeastern Minerals in Bainbridge, the UGA’s Bull Test Station in Rome, Mercier Orchards in Blue Ridge and Field Farms in Cornelia. Through the tour, the new president learned about peanut, cotton, beef, poultry, fruit and vegetable production in Georgia and challenges Ag operations face like labor and limited water use.

“Georgia has a unique position with our climate, water, land, people, research capabilities, market and transportation system that agriculture should be a part of the mainstream economic development strategy in this state,” Black said. “We’re the local bread-basket for the whole east coast. The American consumers want their products produced locally. They want to be engaged with good, strong family farms. We’re trying to make that connection between the importance of the university system, with its research and Cooperative Extension. We’ve got people who we are employing that are offering advice that farmers like Bill Brim are relying on, and that advice has multi-billion dollar economic consequences.

“Putting all that together, that’s why we’re on this tour and President Morehead gets that. I believe we’re going to see some wonderful results from it.”

At the Vidalia onion center, onion growers like Chris Hopkins told the president how the university and the center benefit their industry directly. “You can mimic growing onions in other parts of the state, but you can’t put a price on real time research data that’s conducted at your back door,” he said. Hopkins, who holds a bachelor’s and a master’s degree from the UGA CAES, farms land that adjoins the research center property.

On the second day of the tour, Phil Worley explained the benefit of the UGA Bull Test Station to the president and others on the tour. “A lot of what we do here is test what the scientists think will work in a practical setting,” said Worley, superintendent of the Northwest Georgia Research and Education Center, as the delegation toured the experimental pastures and viewed the university’s 225 head of cattle. “It doesn't always work on the farm the way it works in the computer. We get most our funding from selling cows, and I think that keeps us focused on what's practical and cost effective.”

A big reason for that economic success has been the research and improvements made by UGA scientists, like Stanley Culpepper in his study of palmer amaranth, and John Beasley and Glen Harris, crop agronomists who contributed in a study about the potential use of unmanned aerial vehicles. The trio discussed their research during the tour’s stop at the Sunbelt Expo in Moultrie on Wednesday afternoon.

“I appreciate Commissioner Black giving up his valuable time to put this tour together. We have so many of the state’s leaders with me on this tour. It’s a terrific opportunity for me to learn more about how the University of Georgia interacts with the agricultural community and what we can do to support agriculture more in this state.”

In the UGA 2011 Farm Gate Value Report reports agriculture commodities around the state generated more than $12 billion in farm gate value. According to the UGA Center for Agribusiness and Economic Development, the total economic impact of agriculture in 2011 was $71.1 billion. 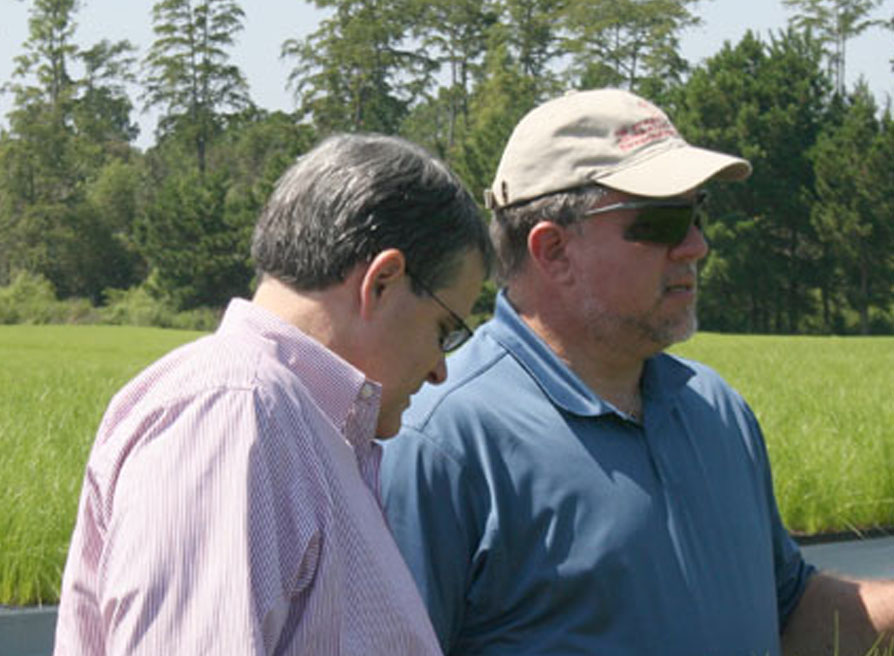 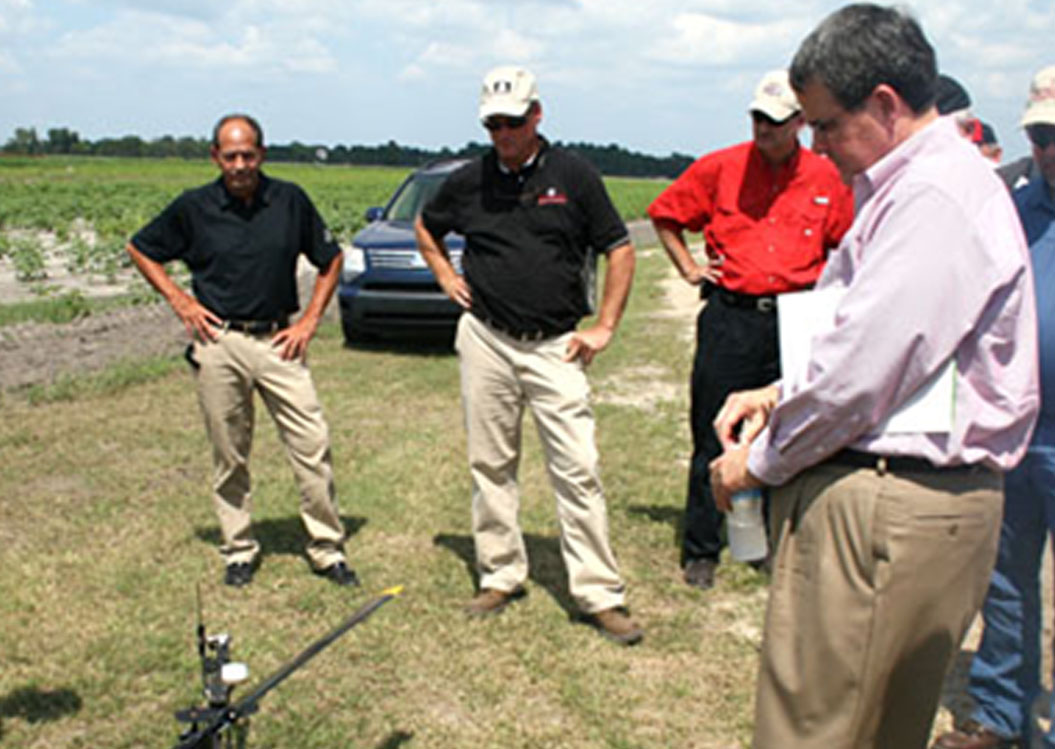 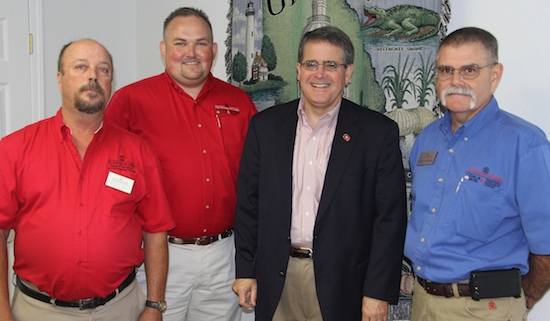 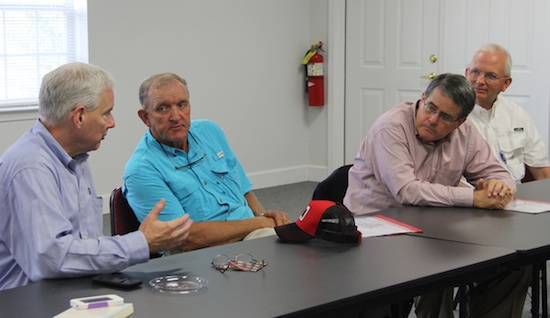