Beef may be ‘what’s for dinner,’ but it’s also a big deal in Georgia agriculture — injecting about $409 million a year into the state’s economy and providing a livelihood for hundreds of Georgia families.

That makes Jacob Seger’s new job as University of Georgia Cooperative Extension beef cattle specialist personal. He’s responsible for helping Georgia’s cattle producers make the most of their herds and for helping beef consumers have a better understanding of their hamburgers and steaks.

After several years of drought, hay shortages and now, problems caused by too much rain — he gets questions all the time from farmers trying to improve production efficiency in their herds.

“It is my job to provide timely, accurate and comprehensive information to producers and consumers alike. Helping people to translate scientific research into terms that they can understand, and hopefully use, is extremely important, and, to me, typifies the mission of world class land-grant universities like UGA,” Segers said.

Segers describes his new position as a dream job. The Georgia native and UGA College of Agricultural and Environmental Sciences alum recently concluded a three and a half year stint at the University of Illinois at Urbana-Champaign. The majority of his UGA work, 85 percent, will focus on keeping county agents, farmers and consumers informed on the most current topics and technologies available to the beef industry.

“Regardless of how good our product is or how many advances we make, those advancements are only as good as consumers’ perception of our product,” Segers said. “Hopefully, we’re going to get some stuff done to try to assess consumer perception when they walk into a grocery store. What influences their buying decisions? What’s more important to them? Hopefully, that will give us some information on what we need to focus on in terms of managing our cattle.”

Segers grew up in north Georgia, near Jasper. His grandparents raised commercial cows when he was a child. He quickly became involved in 4-H and FFA in middle school and high school. Segers attended UGA and was on the 2007 Livestock Judging Team with coach Jary Douglas. He also became a recruiter for the animal and dairy science department. While in graduate school at UGA, he worked closely with the Georgia Cattleman’s Association.

Segers will once again work alongside cattle farmers in what has emerged as a booming business statewide. The new Extension specialist sees his UGA job as a way of paying back those who helped him in his career. “That’s why it’s a dream come true for me. I get to come back and help the people who helped me,” he said.

If the state’s industry is to continue to succeed, Segers believes it starts with consumers and discovering what their needs and wants are.

He will also teach courses at UGA’s Tifton Campus. Segers will teach Grazing Animal Production and Management when UGA’s spring semester starts in January 2014. He describes the class as a hybrid between beef production and forages.

“Extension in Georgia is a model program nationwide, the way that we have our county agents set up and our county delivery system is just excellent,” Segers said. “For me it’s coming home. The opportunity to come back and give back to the program that’s totally responsible for every success that I’ve had, there’s no way I would have been able to stay in animal agriculture or be a part of the things I’ve been a part of had it not been for Extension, 4-H and FFA here in Georgia.”

For more information about how UGA Extension helps beef producers maximize the potential of their herds, visit caes.uga.edu/commodities. 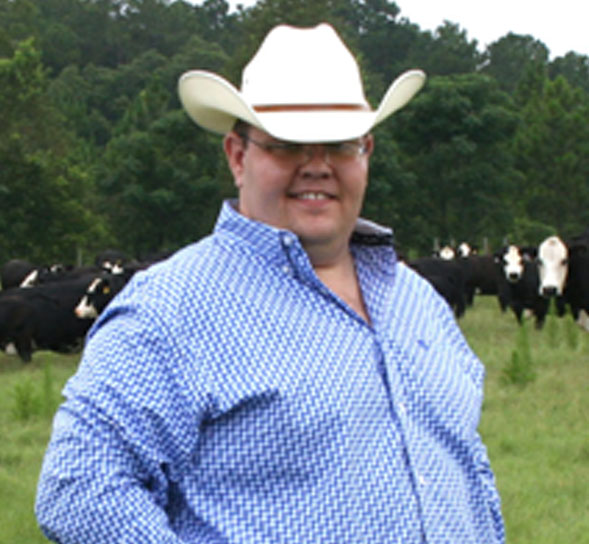