The Georgia Agricultural Hall of Fame will welcome two new inductees at a ceremony Sept. 20 at 6 p.m. in the UGA Hotel and Conference Center. Claud Adams, known as Georgia’s father of 4-H, and Louis Boyd, a leading animal scientist, were selected by the University of Georgia College of Agricultural and Environmental Sciences Alumni Association awards committee.

“In this day of rapid progress and change, it is more important than ever to preserve Georgia’s rich agricultural history,” said Juli Fields, director of alumni relations for the college. “The 2013 inductees have contributed in extraordinary ways to agriculture in Georgia. They serve as excellent examples of how one individual can make a significant and profound impact on the lives of Georgia’s citizens.”

Inductees are nominated by members of the public and selected by the awards committee. Those nominated are required to have impeccable character and outstanding leadership, have made noteworthy contributions to Georgia’s agricultural landscape, and have been recognized for achievements in agriculture as well as other areas.

Claud Adams. Adams organized the Boy’s Corn Clubs in Newton County in 1904. These corn clubs are widely known as the predecessors of Georgia 4-H, making Adams the father of 4-H in Georgia. In 1913, the Girl’s Tomato Canning Club, an offshoot of the boy’s agricultural clubs, was created.

“His effort to teach 151 boys how to grow a better crop of corn was the beginning of the 4-H program in Georgia,” said Arch Smith, Georgia's state 4-H leader. “These young students carried back to their parents the message of better agricultural practices, which improved farm production methods in the early 1900s.”

Adams extended his impact on the agricultural community when he was elected to the Georgia House of Representatives in 1926. He served on agriculture and education committees; and, in 1932, he was elected commissioner of agriculture.

“Adams’ legacy as an educator and public servant lives through the 4-H program,” Smith said, “which today reaches over 184,000 of the youngest students of the University of Georgia College of Agricultural and Environmental Sciences.”

Louis Boyd. Boyd was a champion of the animal sciences at UGA in the 1960s and 1970s. He merged the CAES departments of animal science and dairy science and brought in new sources of external funding to strengthen the department and operations at UGA Experiment Stations across the state.

“This willingness to think outside the proverbial box led to CAES becoming one of the premier UGA units for generating private support,” said Rep. Chuck Williams, who graduated from the college in 1977.

When Boyd retired from UGA in 1992, he was asked to develop and lead the statewide Advisory Board for Agricultural Experiment Stations in Georgia. This board later merged with the Extension Advisory Council, forming the CAES Advisory Council.

“In summary, Dr. Louie Boyd epitomizes those traits that qualify one for the Georgia Agricultural Hall of Fame,” Williams said. “The Hall of Fame is Georgia’s singular most significant recognition of exceptional service to agriculture in our great state.” 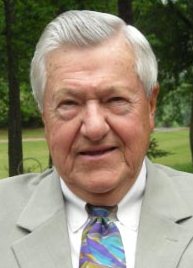 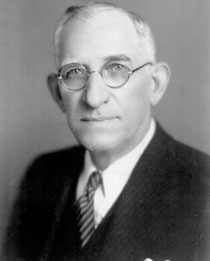