Athens, Ga. – While pearl millet is a major food staple in some of the fastest growing regions on Earth, relatively little is know about the drought-hardy grain.

Recently, plant geneticists at the University of Georgia successfully isolated the gene that creates dwarfed varieties of pearl millet. It is the first time a gene controlling an important agronomic trait has been isolated in the pearl millet genome. Their work appeared in the March edition of the journal G3: Genes, Genomics, Genetics.

The researchers, led by UGA’s Katrien Devos, also were able to trace the dwarf gene to plants bred 50 years ago by Glenn Burton, a UGA plant breeder who worked on the College of Agricultural and Environmental Sciences’ Tifton campus.

Knowing which gene controls the dwarfing trait will help plant breeders create more efficient, sustainable varieties of millet that have the short stature some farmers and ranchers are looking for.

“Knowing the actual gene that reduces plant height has allowed us to develop markers that can be used by breeders to screen for the presence of the gene long before the effects of the gene can be visually observed,” said Devos, a professor in the CAES’s Institute of Plant Breeding, Genetics and Genomics, housed in the department of crop and soil sciences, and the Franklin College of Arts and Sciences’ department of plant biology.

“In the longer term, the knowledge gained in pearl millet will help to develop semi-dwarf lines with high agronomic performance in other cereal crops,” she said.

Rajiv K. Parvathaneni, a doctoral student working in Devos’ lab, was in charge of tracking down the gene, which works by controlling the flow of the growth hormone auxin through the plant.

He also wanted to understand the mechanism by which the gene controls auxin and to develop plant-breeder-friendly markers that would allow breeders to screen for the dwarfing gene before their plants matured.

The gene that Parvathaneni found affects the downward transport of auxin, which is made in the top part of the plant. If this gene is on, the auxin flows freely, and millet grows to its full height, about 10 feet. If it is off, the millet plant may only grow to be 3 to 5 feet in height.

Parvathaneni and Devos’ team first found which region of the pearl millet’s genome contributed to growth and then compared that section to a similar section of DNA from sorghum. Sorghum is a grain related to pearl millet, and a complete map of its genome recently was released by Devos’ UGA colleague Andy Paterson.

Comparative genome analysis, a process in which an unmapped genome is compared to the genome of a similar and more thoroughly described plant genome, is a common method used to help identify the functions of specific genes. This method is especially useful in crops for which little genetic resources are available.

Next Devos’ team will work with researchers in other states to understand more fully how auxin transport differs in tall and dwarf millet plants and to verify that ABCB1 is in fact the gene that controls dwarfism.

After Devos and Parvathaneni located the dwarfing gene, they tested pearl millet dwarfs from around the world. All dwarfs caused by a non-functional ABCB1 gene have the same mutation as the dwarfs that were first bred by Burton in the 1960s.

Dwarf varieties of pearl millet are not ideal for every planting situation. In Africa, many farmers prefer taller varieties because they use the long stalks for roofing thatch and many other applications.

However, where millet is intensively cultivated, dwarf millet allows farmers to harvest the grain with mechanical threshers. Ranchers like dwarf millet as forage plant because it has a high leaf to stem ratio, Devos said.

Knowing more about the plant in general is key to broadening production of the very drought resistant, hardy grain.

“The crop itself has a future, a bright one—especially in regions where climate change may lead to more erratic rain fall patterns as pearl millet is highly drought tolerant. It already is a popular food crop in semi-arid regions of India and Africa and will likely gain interest from drought-prone regions of the developed world as an alternative to corn in animal feed,” Parvathaneni said. 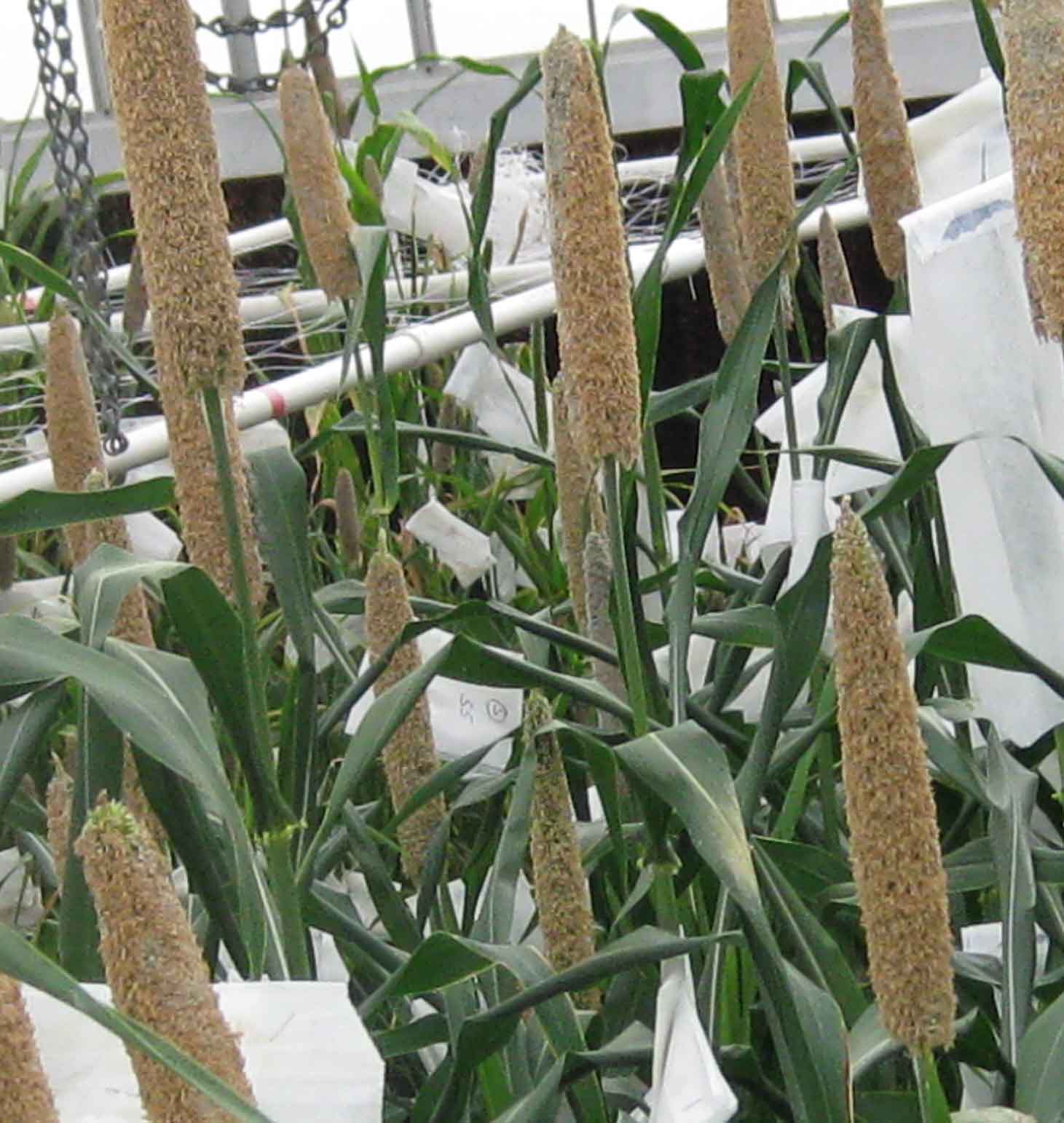 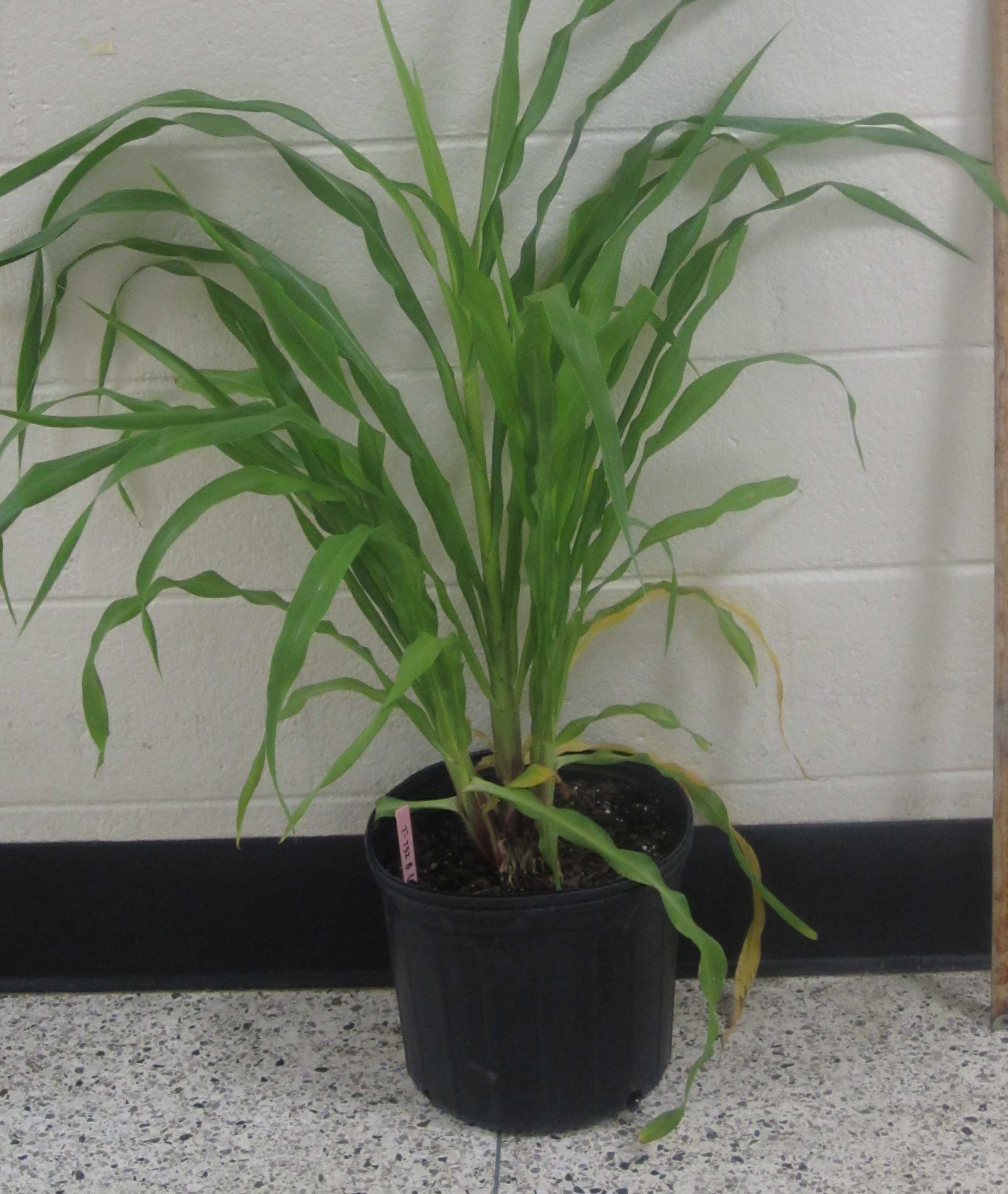