This April will mark the fifth anniversary of Georgia’s Community Collaborative Rain, Hail and Snow Network, part of a non-profit network of volunteer precipitation observers across the U.S. who provide daily rainfall information to the public.

While the network has greatly improved the amount and accuracy of weather data collected through out the state, there are still counties without weather observers. The national networking has called for a springtime drive to recruit new weather observers.

University of Georgia scientists were instrumental in organizing the initial entry of Georgia in the network, often referred to as CoCoRaHS. They use the data collected by Georgia’s team of volunteer weather watchers in agricultural and water resource work. They also provide daily rainfall information to members of the network.

Faculty with the Colorado State University atmospheric sciences organized the first CoCoRaHS networks after a devastating flood in 1997 destroyed most of the basement research library. Radar estimates for rain from the downburst were only about four inches due to the combination of small storm size and mountainous terrain, but local surveys of amateur weather observers in the area determined that up to a foot of rain had fallen near the CSU campus during the storm.

Since its original inception, the CoCoRaHS has grown from a local network, serving the Fort Collins area and northern Colorado, to a group of more than 11,000 volunteer observers working in the U.S. and in central Canada. Georgia currently has over 900 observers signed up to record rain, snow and hail amounts across the state.

Volunteers record precipitation across the state

While observers are concentrated in areas with higher populations such as the Atlanta Metro area, stations are located across the state. These volunteer observers use a high-quality 4-inch diameter rain gauge which can be read to 0.01 inches and can hold up to 11 inches of rain.

This has led to a significant improvement in the thoroughness of the rainfall data collected in Georgia. By comparison, the National Weather Service volunteer cooperative volunteer observer network only collects measurements from 150 Georgians.

CoCoRaHS network observations have been used in several scientific studies at UGA. But city utility departments, farmers, reservoir managers and insurance adjusters also use the data.

One of the most valuable uses of CoCoRaHS data is the special weather reports for hail and high intensity rain, which are relayed directly to the National Weather Service offices in the state to help them provide timely and accurate severe weather warnings on stormy days.

CoCoRaHS volunteers come from all backgrounds, including gardeners, television meteorologists, emergency personnel and teenagers with an avid interest in the weather. A number of CoCoRaHS observers are also UGA Cooperative Extension agents or research scientists.

This month Georgia CoCoRaHS is participating in the annual “March Madness” competition between the states to see who can enlist the most new observers. There are still a number of counties that do not have any active observers.

Editor’s Note: Pam Knox, an agricultural climatologist in the UGA College of Agricultural and Environmental Sciences' Department of Crop and Soil Sciences, is the regional coordinator for regions 1 and 3 of Georgia’s CoCoRaHS, which encompasses a broad swath of the state from Rabun County in the northeast corner of Georgia down to Telfair County in south-central Georgia. She was on the original planning committee that brought CoCoRaHS to Georgia in 2008. 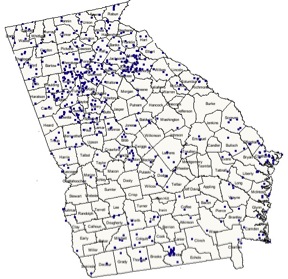 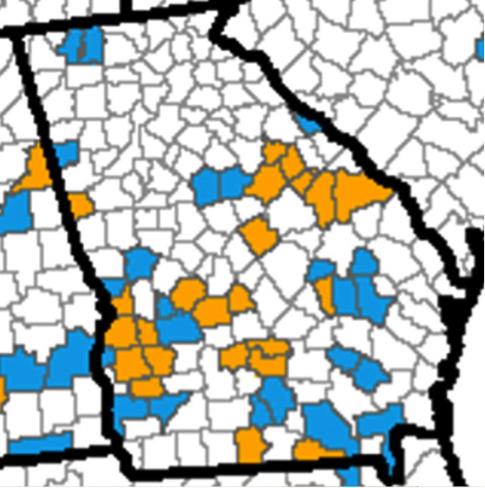