Painting with worms. Talking to parrots. Matching wits with parents over fifth grade science questions. It’s all a part of making science fun for the whole family.

“It’s really fun because you get to learn about a lot of different things you might not get to learn about in school,” said Phoebe Beard, one of the 60 fifth graders from Matt Wilson and Charles Spencer elementary schools who participated.

Theresa Futch and her daughter, Audra, were also part of that crowd and enjoyed every minute.

“It’s a learning experience for the parent and the children,” said Theresa. “Who would ever thought you would color a worm?”

Painting with worms was one of the more popular activities. Fifth graders used worms and paint and watched as they moved over a white piece of paper. This gave the children a chance to study the worms’ movement.

The event, which was sponsored by University of Georgia Tifton Campus students and the University of Georgia STARS (Students & Teachers Applying Real-Life Science) Program, allowed UGA College of Agricultural and Environmental Sciences students to share their love of science with younger students. Charles Spencer fifth grader Alicia Boone picked up on their enthusiasm.

“There’s a lot of stuff in (science),” Boone said. “You learn about electricity and sometimes you get to make models and stuff.

Boone especially has a fondness for parrots, which Biological Science student Madeline Robertson focused on in her Science Night exhibit. The Tifton native shared her knowledge about the birds with eager fifth graders, while displaying one of the colorful creatures on her shoulder.

“A lot of people don’t understand that (they aren't) mammals,” Robertson said. “It’s a totally different category in itself. That’s not really as emphasized when they’re in school. I wanted to get that out there.

“Also, you see them everywhere. People don’t understand why they fly, what helps them to do it, what are their beaks there for.”

In another booth, students used toothpicks and marshmallows to build their own fun inventions. Blake Jones, a junior from Jacksonville, Ga., led the buiding and engineering activity. The aspiring agriculture teacher learned first hand what it would be like to convey knowledge to the younger generation.

“It’s a challenge in a sense because I’m used to conversing with peers my own age,” Jones said. “But also I enjoy it. It’s very fun. It teaches me how to condense it down, kind of simplify things to get on people’s level and try to help teach them more. It’s a joy to work with them and teach somebody something new.”

In another part of the cafeteria, students worked solve an electricity puzzle, in which they had to work with different switches to turn a light on.

Nine different activities were featured. Other categories displayed were plant parts and growth, decomposition (will it rot or not?), DNA and beach reclamation. The family event drew approximately 60 fifth graders from Matt Wilson and Charles Spencer Elementary Schools along with their parents and siblings. 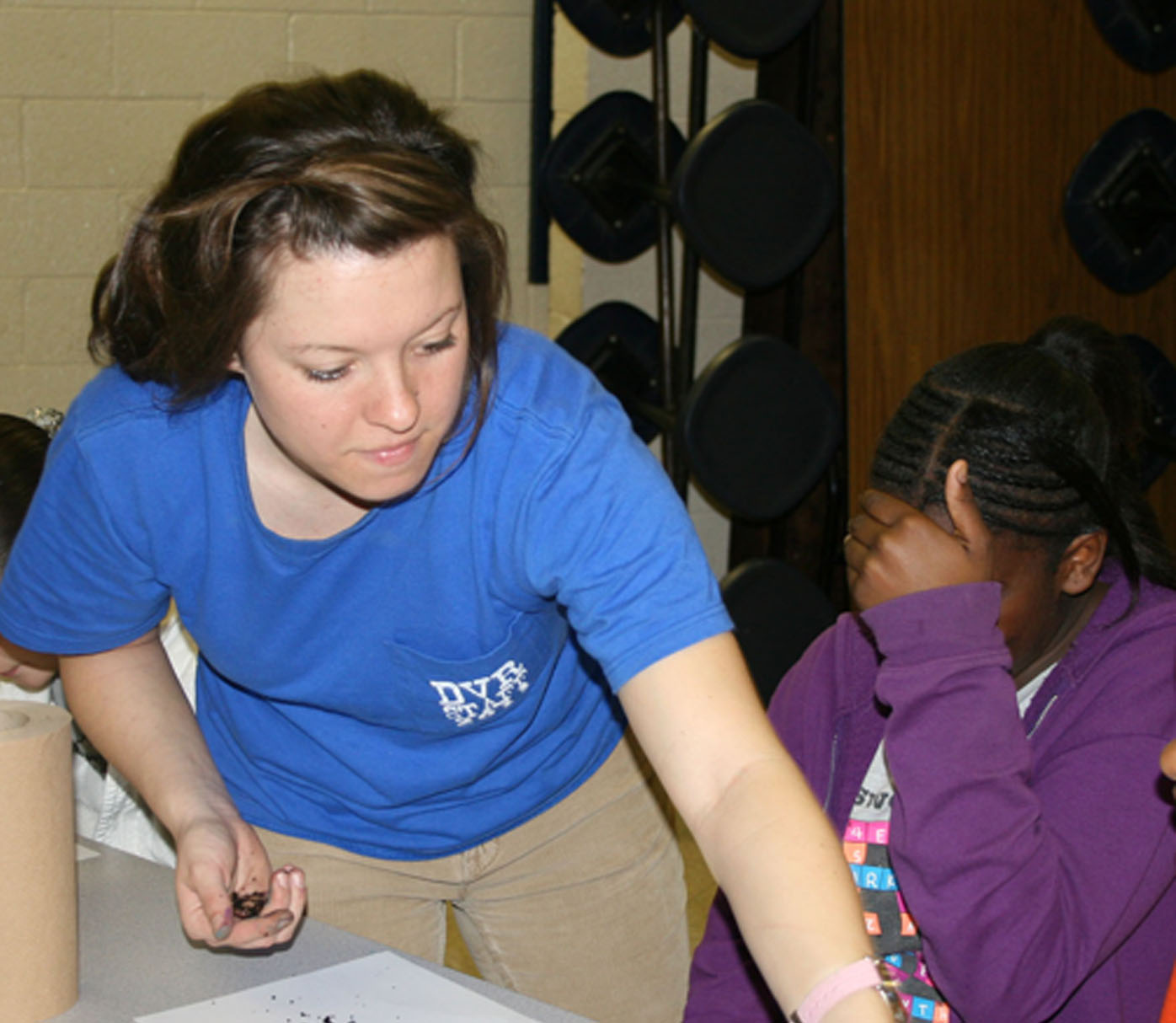 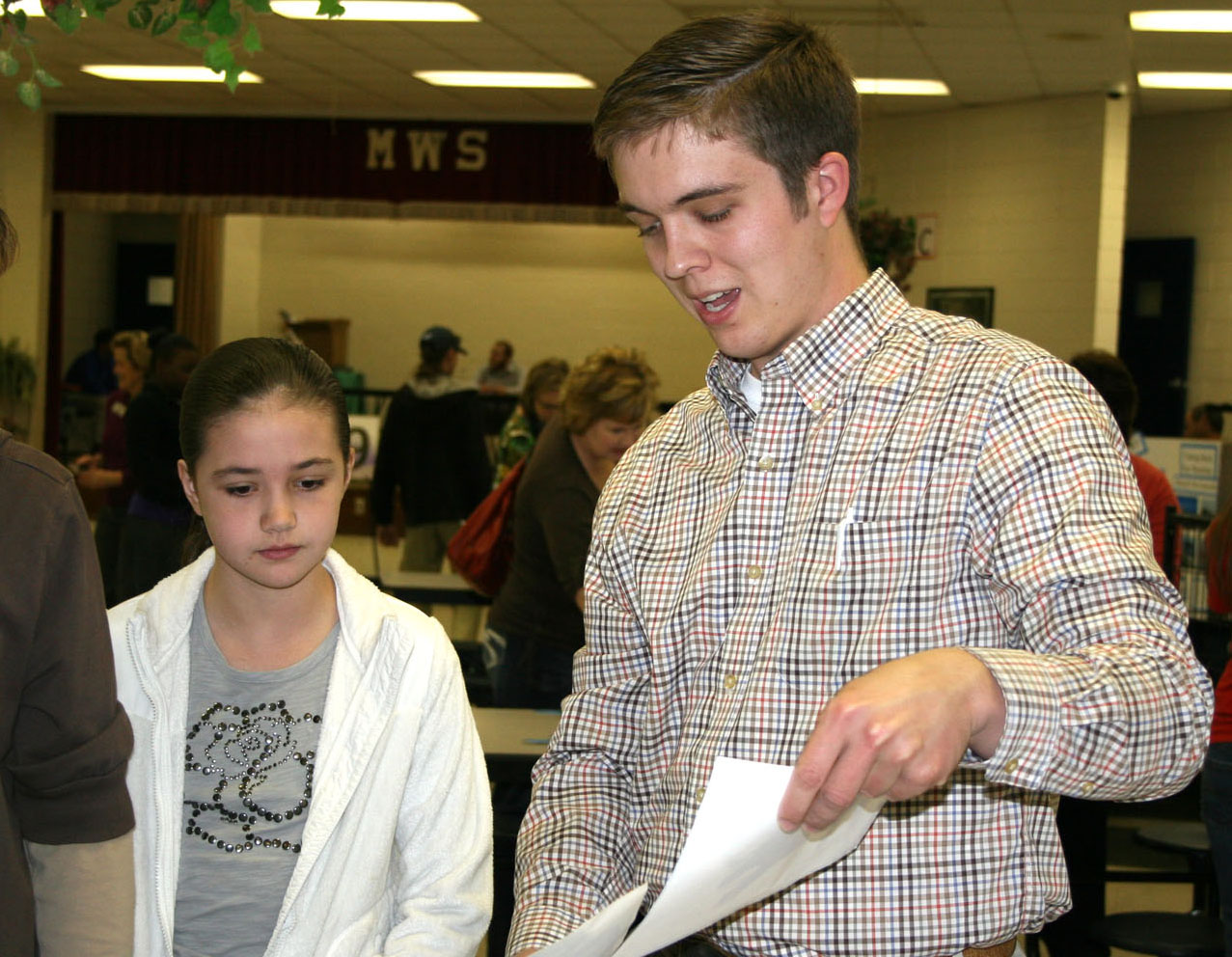