February 2013 may go down as one of the rainiest

February brought copious rain to most of Georgia, drastically reducing drought conditions in all but the southeast corner of the state. Cloudy conditions associated with the rain kept temperatures near or below normal for the month.

While final rainfall reports from across the state are not all in yet, February 2013 is likely to be one of the wettest Februarys on record for Georgia.

The wet weather was caused by a front that stalled over central Georgia, concentrating rainfall from numerous passing low-pressure centers along a line through southern Georgia. The only areas of the state that received less than their normal amount of rainfall were the areas right along the Florida line on the Atlantic coast and the far northern counties, which were very wet in January before the nearly stationary front sagged south.

Monthly records were set in Columbus, where the monthly precipitation reached 12.47 inches, surpassing the city’s 1961 record of 9.41 inches. In Macon, the city’s 1929 record for February precipitation, 12.04 inches, was broken with 12.87 inches of rain. Savannah also set a new monthly record of 9.75 inches, surpassing the 1874 record of 9.71 inches. A number of daily rainfall records were also set in February.

The highest single-day rainfall reported by a Community Collarborative Rain, Hail and Snow Network station was 5.62 inches near Valdosta in Lowndes County on Feb. 25. Two other observers near Valdosta reported over 5 inches and a number of other nearby observers reported over 4 inches on the same day. The highest monthly total rainfall reported by a network station was 19.01 inches, observed east of Putney in Dougherty County. Another observer west of Sylvester in Worth County reported recording 18.87 inches of rainfall. Sixty-nine other CoCoRaHS observers reported more than 10 inches in February.

An observer in Hiawassee in Towns County reported 4.0 inches of snow on Feb. 3, and a number of other observers in the northern part of Georgia reported snow on either that day or Feb. 19.

While farmers welcome the end of drought conditions, February’s excessive rain made it hard for some farmers to prepare their fields. Localized flooding was seen in many places. Several rural school systems in southern Georgia had to close for one or two days because flooded roads made travel treacherous.

The wet soils have delayed field preparation and planting of greenhouse plants but have also recharged aquifers, boosting prospects for a good growing season if farmers are able to plant soon.

With all of the rain and clouds, February saw temperatures that were slightly cooler than normal.

Isolated severe weather was observed on Feb. 12, 24, and 25, but no significant damage was reported from these storms. 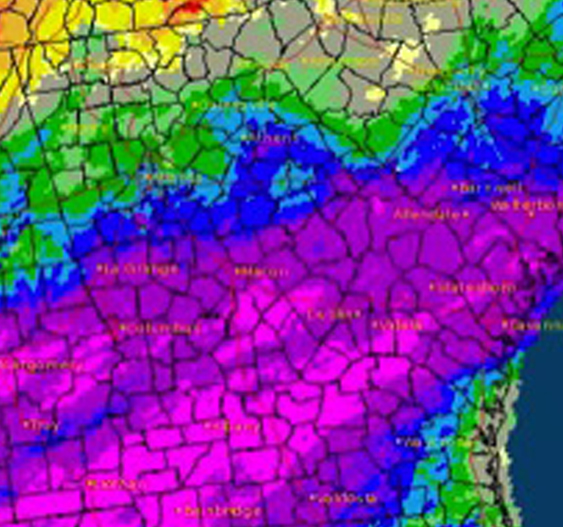 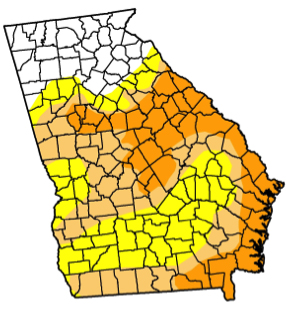 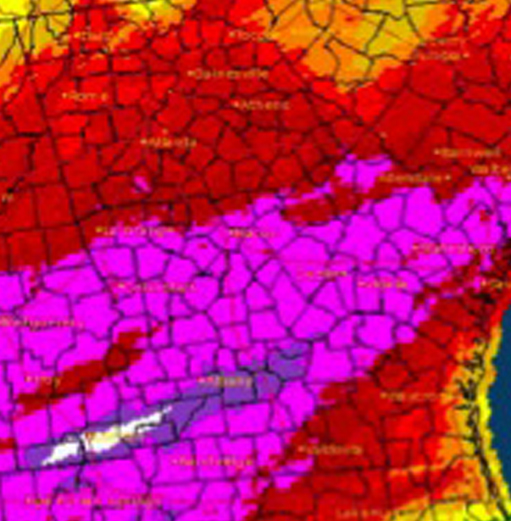