Armadillos can burrow through lawns quickly

Is your landscape being damaged during the night by an armadillo? Armadillos damage lawns by burrowing and digging in search of food. It is amazing how much destruction just one armadillo can do in just one night.

Armadillos prefer dense, shady cover such as brush, forest or grass next to creeks or rivers. This gives them protection during the daylight hours. Armadillos also prefer sandy or loam soils to dig for food.

More than 90 percent of an armadillo’s diet is made up of insects or insect larvae. It feeds on earthworms, spiders and other invertebrates and rarely eats vertebrates like lizards and frogs. There is evidence that it will eat fruit and vegetables, too.

Armadillos are active primarily from the twilight through early morning. You are more likely to see an armadillo during the daytime in the winter. They have poor eyesight, but a very good sense of smell.

The presence of armadillos is noticed as a result of their rooting in lawns, golf courses, gardens or flowerbeds. They will also burrow under plants in landscape foundations and driveways. An armadillo can keep you awake at night by rubbing its shell against the side of your house or other structure.

To discourage armadillos, remove brush or other cover, which is where they prefer to make burrows. Armadillos can be trapped. There are several different types of traps like live or box traps, which is most often used. Identify the armadillo’s food in your yard, like mole crickets or grubs, and treat with an insecticide.

Shooting is an effective and selective method if you live in a location where it is allowed. The only problem is that someone has to stay up late or get up really early.

William Tyson is the UGA Extension coordinator for Bulloch County. 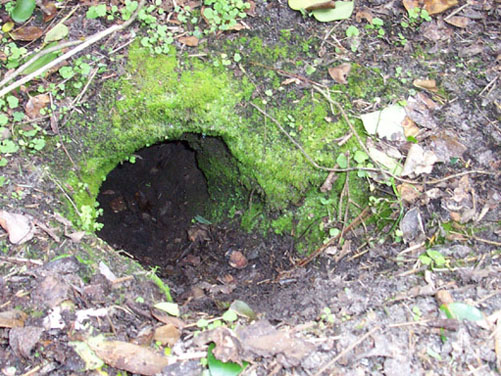