Rain has hit on target and temperatures have been reasonable. So far, Georgia row-crops like what they’ve been getting.

The tobacco harvest is under way in south Georgia. Tobacco companies continue to offer fewer contracts to Georgia farmers, about 20 percent less this year than last. Farmers planted between 10,000 acres and 12,000 acres this spring. The crop looks good, though, said J. Michael Moore, a tobacco specialist with University of Georgia Cooperative Extension.

“This is the most excellent growing season we’ve had in years,” he said.

Plenty of soil moisture in spring helped the young plants in fields. Temperatures were good for growth. Rain through the season remained consistent, but not excessive, allowing for fieldwork to keep the crop cared for, he said. Damage from tomato spotted wilt virus, tobacco’s top nemesis, was low this year.

Farmers will start delivering their crop to companies later this month.

Eighty-six percent of the corn crop is in fair to good condition, according to a July 11 Georgia Agricultural Statistics Service report based on weekly surveys of UGA Extension county agents.

“Overall, I expect it to be a good year for our corn producers,” said Dewey Lee, a UGA Extension grains specialist.

Unusually high temperatures in early June (some as high 100 degrees) hit some areas during crucial kernel development, he said. This will hamper yields. Georgia’s average corn yield last year was 140 bushels per acre, tying the state record set the year before.

The wet, humid weather increased diseases. Farmers, he said, spent a lot of money trying to stay ahead of them. Corn harvest will get under way in the next few weeks.

According to GASS, 90 percent or more of the peanut, cotton and soybean crops are in fair to excellent condition. Harvest for these crops will start in the fall. 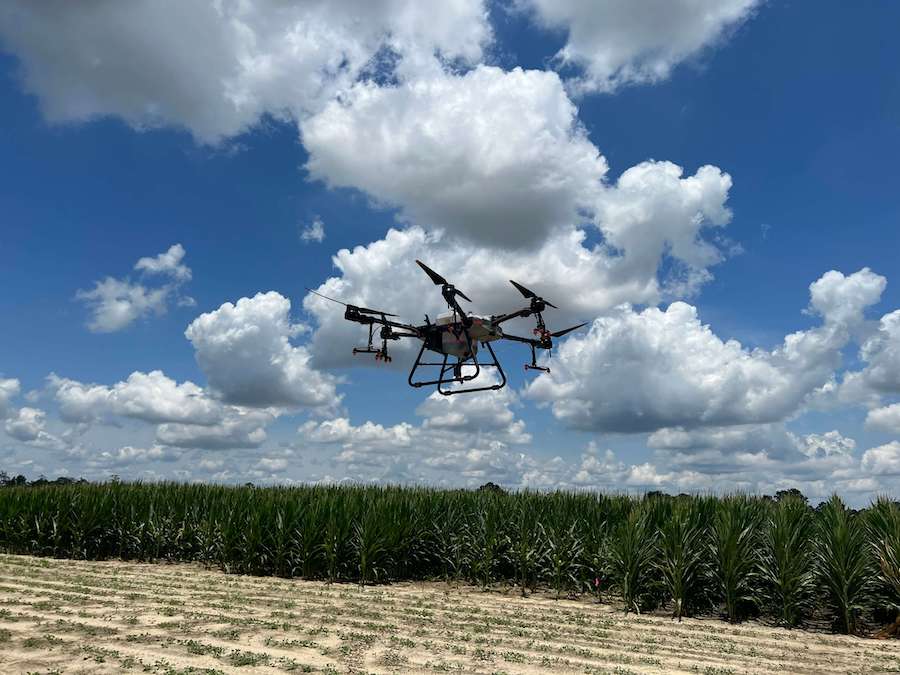