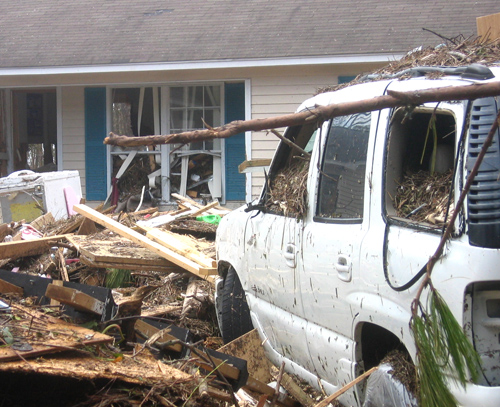 CAES News
La Niña expected to dominate winter weather this season 12/23/21 Pam Knox
December is the start of the three-month winter season here in the Northern Hemisphere. In 2021, December started out 4 to 6 degrees Fahrenheit (F) warmer than normal. Whether this is likely to last through the rest of the winter depends on two major weather patterns that are affecting the winter climate in Georgia.

CAES News
A balancing act: Project travels up estuaries to find tipping points 09/07/21 Kristen Morales
The forces at work in a marsh require a delicate balancing act. Rising and falling tidewaters keep clumps of Spartina grasses from growing too dense. But too much water makes it difficult for them to survive. Tip this balance too far in either direction and the marsh ecosystem collapses, resulting in a population of different plants — or no plants at all.
Subscribe for Updates