Yellow squash is predominantly grown in the South, as more national acreage is devoted to growing zucchini. Many Georgia growers face a greater demand to produce zucchini than traditional yellow squash.

“In terms of farm gate value, it (squash) is not as significant a crop as watermelons or onions, but we are consistently one of the top squash-producing states in the country,” said Tim Coolong, a researcher with the UGA College of Agricultural and Environmental Sciences.

“With viruses and other issues, there are a lot of disease problems in the fall that growers have to contend with (when growing squash). We also strive for earliness and early productivity, because growers are usually chomping at the bit to get to market. If prices are high early, they want to be in there making money,” Coolong said. “Then, of course, storage quality is a big factor producers want to improve upon.”

Squash generally doesn’t have a long shelf life, he said. Adding even a couple of days of improvement in storage life can make a big difference for growers.

Coolong is in the midst of his third season studying different squash varieties. So far, he is pleased with the progress.

“When we started, southwest Georgia variety trials hadn’t been conducted in several years. In the first season, we just wanted to see where some of the varieties stood relative to each other. Now we are working with some seed companies to evaluate pre-commercial selections so that we can anticipate what will be reaching the market in the next few seasons,” Coolong said.

When grown from seed, squash takes 38 to 40 days to start fruiting. Once harvest season arrives, squash are typically picked every other day. When temperatures rise, growers may harvest on a daily schedule.

Out of the more than two dozen vegetables that Coolong studies, depending on the growing season, he devotes approximately 10 to 20 percent of his research time to squash.

“Working with squash is nice because there are large differences, plant to plant, in how much fruit is produced, compared to other crops where the yield is primarily determined by the plant stand,” Coolong said. “Assuming you get a comparable plant stand in your trials, sometimes you won’t see a lot of difference in varieties (when it comes to other crops). In something like squash, you can see a large difference between varieties as far as productivity.”

Though squash is planted both from seeds and transplants, Coolong uses transplants in his research trials to ensure an even plant stand.

Coolong said the market for squash is very volatile. As of two weeks ago, prices were “good, though they could always be better.”

According to the UGA Center for Agribusiness and Economic Development, squash accounted for 2.48 percent of Georgia’s vegetable crop in 2013, and was grown on 4,587 acres. 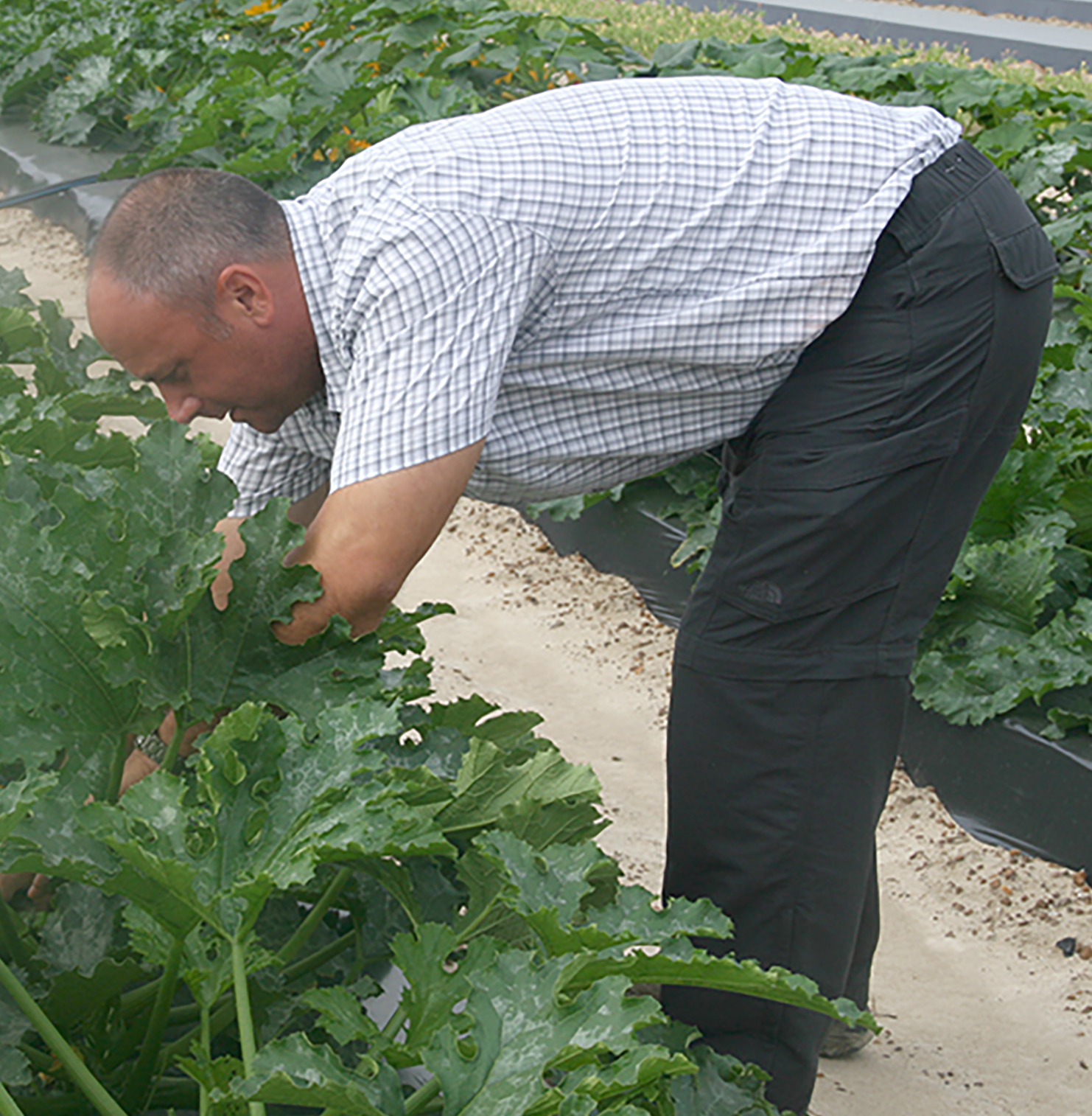