In developing countries around the world, 4.5 billion may be chronically exposed to aflatoxin through their food, contamination that can stunt physical and intellectual development in children and lead to liver damage in adults.

Though scientists have known the source of aflatoxin for decades – fungi that infect crops like groundnut and maize and leave behind toxin – more work needs to be done to keep aflatoxin out of the food supply. That work involves educating producers and aggregators about proven ways to minimize the risk of fungal infection, continuing to build testing infrastructure and researching ways to fight contamination from the field to storage to manufacturing.

To continue to spread basic knowledge of aflatoxin, the Feed the Future Innovation Lab for Peanut has added a course to its digital learning platform, Groundnut Academy.

Groundnut Academy provides digital courses in groundnut-related subjects, allowing learners to work at their own pace, test their new knowledge and return to review important information.

The course on Aflatoxin, produced by agronomy professor Greg MacDonald of the University of Florida and Dave Hoisington, the director of the Peanut Innovation Lab, covers how fungi produce aflatoxin, best practices for sampling and testing for aflatoxin, risk factors connected to aflatoxin creation and ways to mitigate those risks.

An earlier course offered by Groundnut Academy, Basic Agronomy, covers the fundamentals of groundnut – the physiology of the plant, how it grows and some of the most important considerations in cultivating the plant. That course has drawn four dozen students from around the world in its first three months. 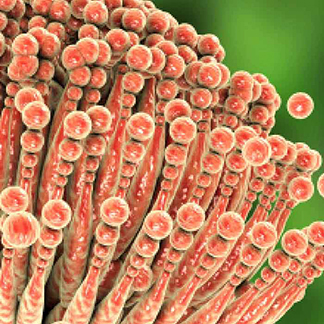