Arjun Bhatt recognized as outstanding senior for problem-solving and leadership

William Flatt served as the dean of the University of Georgia’s College of Agricultural and Environmental Sciences from 1981 to 1994. Coming in as dean, Flatt recognized that college enrollment was low and tackled the challenge of recruitment using his problem-solving skills and charisma. This year’s Nesbitt-Flatt Outstanding Senior Award recognized a student with the same charisma and determination as Dean Flatt. Arjun Bhatt was recognized as this year’s recipient during the 2021 Student Awards and Leadership Celebration held on YouTube. Bhatt recently graduated with bachelor’s degrees in both applied biotechnology and psychology.

Bhatt originally entered UGA as a biochemistry major in the Franklin College of Arts and Sciences, but he wanted to study something more tailored toward his interests of translational science, synthetic biology and genetics. After skimming through the UGA Bulletin, he found exactly what he was looking for — applied biotechnology. Bhatt also decided to add a psychology major because of his interest in understanding the human experience.

“The way we think, feel and behave is inextricably bound to the way we are built at a molecular level — psychology helped me bridge the gap between the hard sciences and the soft sciences,” Bhatt explained.

Through his involvement across several campus organizations and labs, Bhatt dove deeper in his chosen field of study. In Brian Kvitko’s lab in the Department of Plant Pathology, Bhatt was president and lead researcher of UGA iGEM, an undergraduate-led research team that uses genetic engineering and synthetic biology to solve real-world problems. As he led the team to its first-ever silver medal, Bhatt learned to use both what is known and unknown to solve a problem — and in the process, he discovered his true passion.

“My passion is problem-solving. That’s what keeps me up at night. That’s why I work in translational research. I enjoy using what we know and don’t know to solve problems. That process helps someone, a community or a cause,” Bhatt said.

Identifying the core of what made him tick was one big step forward for Bhatt, helping him to put things into perspective and leading to a philosophical revelation.

While reflecting on his time at UGA, Bhatt realized that — for a portion of his college career — he was in a rat race seeking external glorification and prestige. While mentoring freshmen, Bhatt noticed they were entering the same rat race he had escaped, and he wanted to help them realize there is more to success than external reward. His realization is what Bhatt calls the prestige trap, which he defines as “chasing what others think is important rather than what we actually think is important.”

This idea — this thought — led Bhatt to scrap his original idea for a TEDxUGA talk he was scheduled to submit just two days before the due date. He unveiled his prestige trap concept at the 2021 TEDxUGASalon series in a presentation called “Escaping the prestige trap: How to reshape our definition of success.”

Outside of his academic pursuits, Bhatt found comfort and support from the family-like environment he found in CAES as well as organizations like the Indian Cultural Exchange, Georgia Saazish and the Chess Dawgs.

Now a strategy consultant for Deloitte, a global professional services firm, Bhatt is excited to trade medical diagnostics for business diagnostics. He will be working in the company’s government and public services branch, helping large federal, state,and local organizations improve productivity, efficiency and overall performance. Much as Flatt brought skills and charisma to his challenges at CAES, Bhatt is ready to apply his passion and experiences to a new industry, motivating and aiding societal institutions as Flatt did the college. 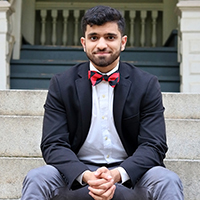 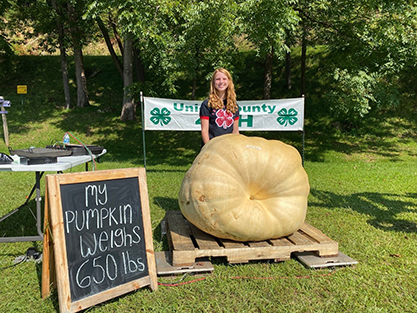 CAES News
Protecting pollinators during the fall season Posted on 10/25/21 by Becky Griffin
Pollinator conservation does not stop when the weather turns cool. There are a few items you can add to your pollinator to-do list for the fall and early winter to help pollinators next spring.
Subscribe for Updates