Your lawn could help save the bees

Over the past few decades, pollinators have been in decline worldwide, which is concerning because 70% of crops used for human food depend on pollinators. Turfgrasses – used for most residential lawns – often take some of the blame for pollinator decline as they are known to be wind-pollinated and were thought not to serve as a pollinator food source, until now.

University of Georgia and U.S. Department of Agriculture researchers identified bees that were collecting pollen from the flowers of a turfgrass called centipedegrass. The researchers have been looking for ways to reverse the decline of pollinator populations by examining centipedegrass as a food source for pollinators, with hopes of normalizing low-maintenance, bee-friendly lawns. Their findings have been published in the Journal of Entomological Science and Insects.

The study was led by College of Agricultural and Environmental Sciences faculty Shimat Joseph and David Jespersen on the UGA Griffin campus alongside USDA researcher Karen Harris-Shultz in Tifton.

The long-term goal of the study is to promote bee-friendly grasses. Some types of turfgrasses require large amounts of water and fertilizer, and homeowners often use insecticides and herbicides to control insects and weeds, but centipedegrass is low maintenance by comparison. It is used for lawns, parks and golf course roughs and is well-adapted to the sandy, acidic soils of the southeastern U.S. Now, researchers like Joseph and his team are realizing centipedegrass is useful for much more.

“The knowledge that centipedegrass lawns can be beneficial to pollinators is a complete change in thought about turfgrasses,” Harris-Shultz said. “There is an environmental benefit to growing centipedegrass as it does require minimal care. Additionally, by providing a food source to bees, these bees may pollinate other economically important crop plants.”

In the first study, samples collected from mowed and unmowed lawns that had no prior exposure to insecticides in central and south Georgia consisted of 173 bees belonging to 13 genera. This suggests that a diverse mixture of bees are residing on lawns.

The goal of the second study was to determine which pollinators are feeding on the flowers of centipedegrass, Jespersen said. Centipedegrass produces spike-like flowers from August through October. Eleven lawns were sampled in 30-minute intervals, and if a pollinator was observed collecting pollen from the flower, it was caught in a special trap and identified in the lab.

The results of the research imply that low-maintenance turfgrasses can be utilized as a valuable ecosystem habitat useful in critical bee conservation. Knowing that pollinators use centipedegrass flowers as food is the first step toward adopting nondisruptive lawn practices that encourage bee foraging.

“In the popular press, there’s this idea that turfgrasses are ecological deserts and do not provide any ecosystem services, so this research is interesting for showing that there are pollinator species that interact with turfgrass species,” said Jespersen, assistant professor in the department of crop and soil sciences.

Joseph, Harris-Shultz and Jespersen agree that expanding this research over time will negate misinformation about turfgrasses and eventually lead to the development of bee-friendly lawns.

The next step is determining how to enhance centipedegrass to make it even more useful for bees while maintaining its low-input growing patterns. Many factors, such as coloration of the flowers, time of year and the ecology of the bee, should be considered, Joseph said.

“We have a couple of projects already planned,” Harris-Shultz said. “One is to use metabarcoding to identify all the insects in direct contact with centipedegrass flower heads. Another is examining if the ploidy (number of chromosomes) of centipedegrass impacts pollinators, or if certain genotypes are preferred.”

The importance of maintaining bee habitats has become undoubtably clear. Bees require nectar and pollen in order to continue to play their critical role in our ecosystem, supporting the growth of trees, flowers and other plants that serve as food and shelter for various creatures, including humans.

“Our research will help us to have lawns with improved benefits, which take into consideration ecological aspects beyond the aspects normally attributed to lawns,” Harris-Shultz said.

Funding for this research project was provided by the USDA-Agricultural Research Service. To learn more about CAES research, visit caes.uga.edu/research.

Maggie Narvil is an agricultural communication student at the University of Georgia. 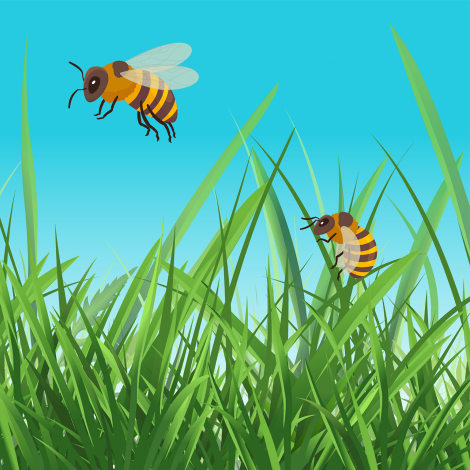 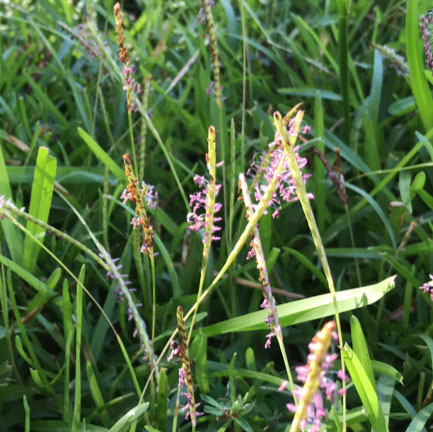