Wet weather can cause influx of disease to evergreens

If you're seeing brown areas in your landscape trees or hedges where you should be seeing green, University of Georgia Cooperative Extension can help. Wet winters and severe weather have been causing disease and other issues in landscape plants, especially Leyland cypress and boxwood.

Over the last few years, there has been an increase in samples of these species to UGA's Plant Disease Clinic, according to Extension plant pathologist Jean Williams-Woodward in the College of Agricultural and Environmental Sciences.

Boxwood blight, first discovered in Georgia in 2014, has hit hard in established landscapes in cities including Atlanta, Augusta and Madison. Rapid defoliation is a characteristic symptom of boxwood blight that separates it from other boxwood diseases, and it can move quickly through landscapes, especially with wet weather.

For Leyland cypress, one of the most popular landscape plants because of its quick growth, there are a range of issues that could be affecting the plant. In some cases, there are multiple factors happening around the same time.

“They are dying I’m afraid — and it’s kind of expected,” said Williams-Woodward, who tracks diseases in ornamentals for commercial nurseries and greenhouses. “There are several things that are going on and all are coming together at this point. It’s the lifespan of the trees, poor root systems, really wet conditions, and drought stress we had before that. It’s a lot of compounding events that seem to be causing issues.”

The lifespan of the Leyland cypress is relatively short in Georgia, around 15 to 20 years, due to the hot summers which are much warmer than Scotland, where the species was bred. The drought stress in the summer combined with wet winters and other extreme weather can cause root issues.

“Leylands often don’t grow a large root system. In storms, they’ll just fall over because they don’t have roots to support them,” Williams-Woodward said. “If you have a compromised root system that’s not growing well and have a giant canopy, this makes the tree fall over.”

Another common problem occurs when the roots fail to translocate water to the canopy and the branches die off, a symptom of Seiridium canker disease.

Can you save them?

Leyland cypress is sometimes susceptible to other disease and insect issues. A needle blight disease caused by the fungus Passalora sequioae causes the shedding of needles usually in the lower third of tree, which makes it look extremely bare and brown. Stress on the trees also invites bagworms — the larval (caterpillar) stage of a moth — to defoliate and kill the tree. Bagworms can be removed by hand.

If your Leyland cypress is showing a lot of brown branches or thinning canopy, there’s not much you can do to save it, according to Williams-Woodward.

“You can prune some branches to make it look better, but you’re not suddenly going to turn it into a green, healthy tree again regardless of what you do. I don’t recommend applying fungicides mainly because some of these trees are very large and you’d have to get it high into the air and do applications year-round,” she said.

Fungicides are not effective for all diseases. They can help with needle blight but not Seiridium canker disease or root rot.

“Even if you have a soil injector, fungicides move minimally within clay soil and not come in contact with roots, so it’s not something we generally recommend,” Williams-Woodward explained. Correctly planting and taking care not to overwater trees and shrubs are the best ways to minimize root disease in landscapes.

Boxwood leaves infected with boxwood blight develop leaf spots, brown and readily drop from the plant, leaving bare stems and black stem lesions visible. Leaf spots can develop within days of infection and defoliation is seen within one to two weeks.

Once boxwoods are infected with boxwood blight, the disease is very difficult to control. Infected plants should be removed and disposed of in the trash along with any debris. All tools, shoes and clothing must be disinfected afterward to reduce carrying fungal spores to healthy boxwoods.

If you’re looking for alternatives for Leyland cypress or boxwoods, UGA experts have a few different options.

Japanese cedar (cryptomeria) and ‘Green Giant’ arborvitae are two common recommendations similar in size to Leyland cypress for screening or hedges, but there are numerous others. Brodie eastern red cedar (also called Brodie juniper) and spartan juniper are good options that are a little bit smaller.

Remember to correct any drainage or other issues before planting. Till the soil well to break it up and improve compaction, and reduce water that might be pooling around the base.

Japanese, dwarf yaupon, and inkberry hollies are boxwood look-alikes with a similar texture and compact form.

It is generally considered that Korean boxwoods are more resistant to boxwood blight. However, it is still unclear exactly which varieties of boxwood are more tolerant of boxwood blight in Southern U.S. gardens. Williams-Woodward and Extension horticulturist Matthew Chappell will be evaluating dozens of cultivars from the U.S. National Arboretum’s boxwood collection and breeders.

For more information, see Bulletin 1229, “Diseases of Leyland Cypress in the Landscape” or Circular 1107, “Think Outside the Boxwood: Alternative Plants for Gardens and Landscapes” at extension.uga.edu/publications.

To get planting recommendations or submit a live plant sample or photo for diagnosis, contact your local UGA Extension office. A $10 processing fee is charged for all physical homeowner samples (trees, shrubs, vegetables, fruits and turfgrass). Commercial tests are done at no charge.

Josh Paine is a marketing specialist with the University of Georgia College of Agricultural and Environmental Sciences.
Authors:
Josh Paine
Experts/Sources:
Jean Williams-Woodward 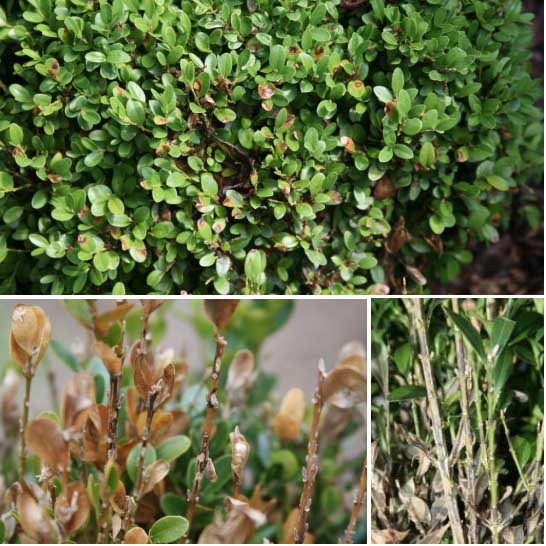 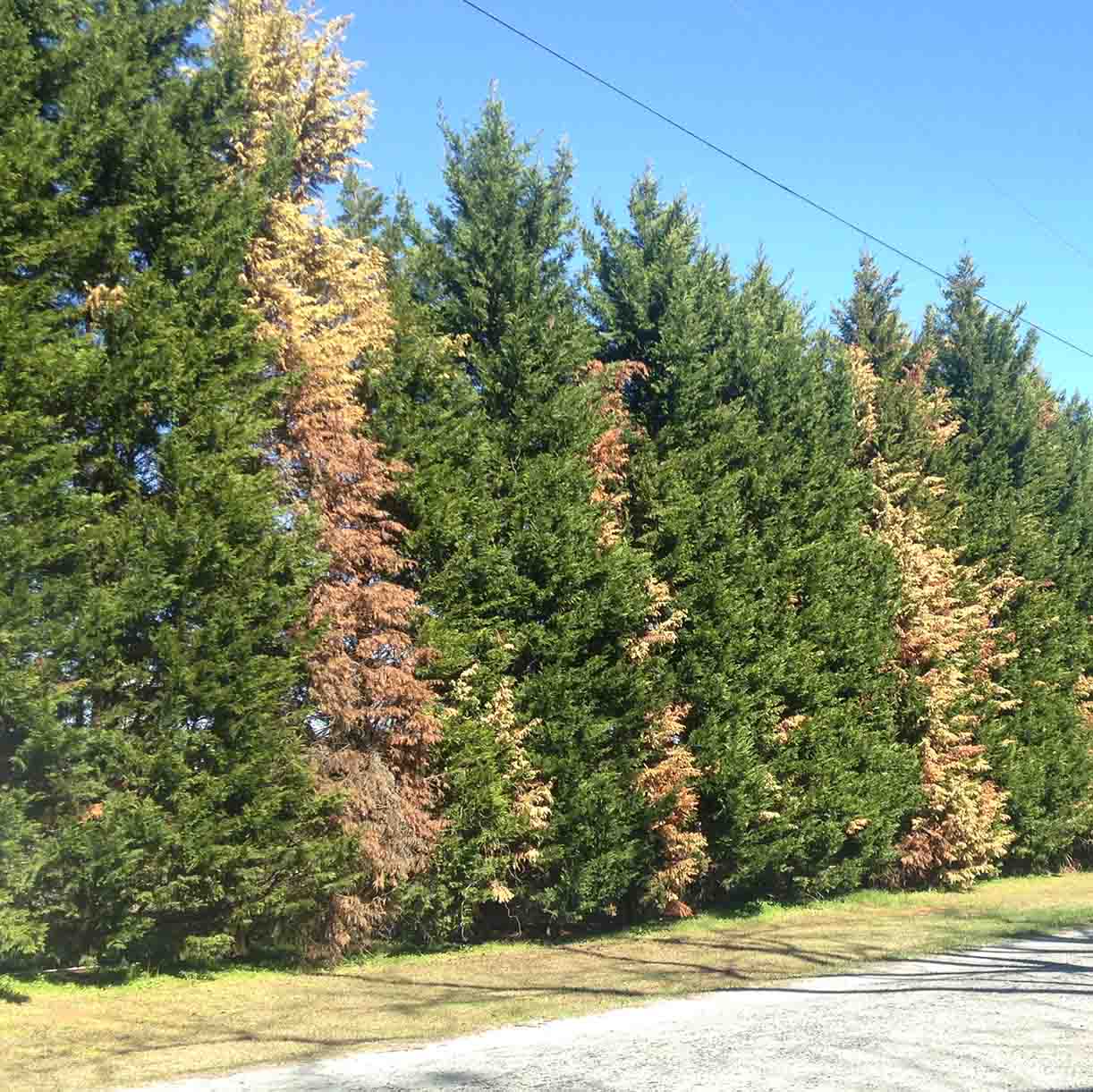