At first, Doster Harper didn’t think FFA or a career in agriculture was a good fit for him. But a science experiment about honeybees and some encouragement from his advisor and older students helped change his mind.

Now a junior at the University of Georgia, Harper was named president of the 2020-21 National FFA Officer Team during the virtual National FFA Convention on Oct. 29. He was selected for the position after a grueling process including seven rounds of interviews and facilitating a workshop with students.

Harper, an agriscience and environmental systems major in the College of Agricultural and Environmental Sciences (CAES), plans to pursue a career in crop sciences but will take a year away from school to fulfill his duties for the organization.

Growing up in suburban Atlanta, Georgia, Harper was passionate about science but originally thought about pursuing a career in health care.

During his sophomore year of high school at Newton College and Career Academy, he needed a science fair topic. His agriscience teacher and FFA advisor Marcus Pollard suggested a honeybee topic, which could double as a Supervised Agricultural Experience (SAE) project. Pollard, a certified beekeeper, urged Harper to help him take care of the school’s colony. Ultimately, the project spurred an interest in crop protection and he now hopes to become a consultant for farmers.

Harper ultimately received his American FFA Degree in 2019 — the highest award given in the organization to students who “have gone above and beyond to achieve excellence” — as the culmination of his hard work.

“They saw something in me that I didn’t see in myself. I felt like an outsider up until then,” Harper said.

Harper was elected chapter treasurer his junior year of high school and president the next. He went on to become a state officer his first year at UGA before deciding to run for national office. He wasn’t selected as a state delegate his first year running, so he sought another opportunity to get involved on campus and became a UGA Visitors Center student tour guide.

“It felt like a calling to help other students realize where they wanted to go college,” said Harper, who originally treated UGA as one of his backup schools behind the military service academies. He ended up joining Army ROTC at UGA. “Even if UGA isn’t your first choice, no matter what your plan is, taking advantage of opportunities to serve was a message I wanted to share with prospective students.”

Harper enjoys sharing his passion for agriculture on his tours. “If students ask how they can get involved in the ag industry, I tell them whatever they’re passionate about, there’s something for them in CAES,” he said.

The skills he’s learned interacting with students as a tour guide will help him as he takes on FFA national officer duties, which include traveling across the country to meet with students, one of the main reasons Harper says he ran for office.

“Students are passionate about these conferences and events,” he said. “Being a leader and mentor to students, whether it’s having a conversation, preparing for an event or just sharing what it’s like to be an officer — we’re preparing the next generation of leaders who will change the world.”

Harper hopes sharing his personal story will give younger students a better idea of how they can be plugged into the organization.

“There’s a lot of folks out there who were probably in the same shoes I was. I kind of knew what I was passionate about, but I didn’t know what organizations were out there. FFA showed me what I want to do with my life, so I want to help other students realize that,” he said. 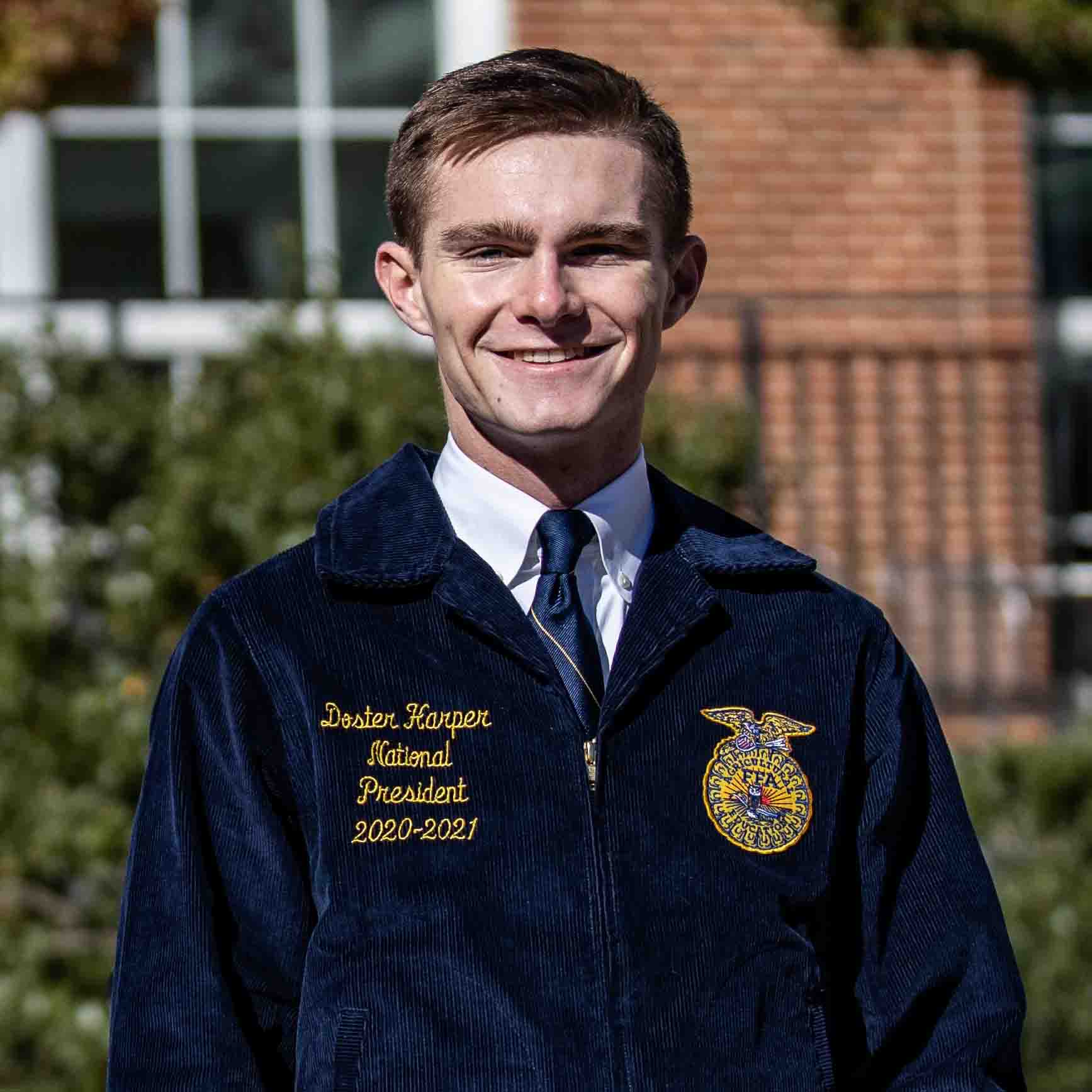