Two prominent faculty members of the University of Georgia College of Agricultural and Environmental Sciences, Albert Culbreath and Harald Scherm, have been named 2020 Fellows of the American Phytopathological Society (APS).

The society grants this honor to a current APS member in recognition of distinguished contributions to plant pathology or to APS. Recognition as a Fellow is based on significant contributions in original research, teaching, administration, professional and public service, and/or extension and outreach.​

“Being named a Fellow is a scientific society’s greatest honor,” said Sam Pardue, dean and director of CAES. “We are proud of Drs. Culbreath and Scherm for this outstanding recognition. It not only speaks of the excellence of their individual programs, but to the quality of the plant pathology department at UGA as well.”

Albert K. Culbreath is a professor of plant pathology at the University of Georgia Tifton campus. He is recognized as a leader in the ecology, epidemiology and control of thrips-vectored tomato spotted wilt virus (TSWV), and of early and late leaf-spot diseases of peanut.

He is an author on more than 200 journal articles and book chapters, and co-developer of five TSWV-resistant peanut cultivars.

Culbreath was a co-developer of the “Tomato Spotted Wilt Risk Index” and “Peanut Rx” educational tools that ensured economic viability of peanut production when the disease threatened the industry’s existence in the 1990s. He has been an integral part of a multidisciplinary team approach to this complex problem that has produced an integrated spotted-wilt management program combining multiple suppressive factors to control the disease. Adoption of the integrated system coincided with dramatic decline in annual losses to TSWV in peanut.

As a part of this work, he documented slower epidemic development in several cultivars and breeding lines than in 'Florunner', the predominant peanut cultivar grown in the U.S. until the early 1990s. Culbreath has characterized the field reaction to TSWV of numerous breeding lines from multiple peanut breeders. Several of those have been released as cultivars.

Much of his work on integrating resistant or tolerant cultivars with suppressive cultural practices is applicable to both organic and conventional production in developing and developed countries.

He has also served on 41 graduate student committees and been the major professor for seven master’s degree students and four doctoral candidates. He teaches "Introductory Plant Pathology" at UGA-Tifton.

Harald Scherm is department head and professor in the UGA Department of Plant Pathology. He is recognized for his pioneering research on pathogen biology, epidemiology and disease management in fruit crops, especially blueberry. He has had a career-long fascination with understanding and managing diseases with unorthodox life histories, such as mummy berry, Exobasidium leaf and fruit spot, and orange cane blotch.

Scherm, who joined the UGA Department of Plant Pathology in 1996, is known for his early research on mummy berry, which elucidated the epidemiology of the disease on southern blueberries, developed a mummy-germination model to anticipate primary infection, and implemented improved fungicide schedules aligned with host and pathogen phenology. This work formed the basis for Scherm's recognition with the Lee M. Hutchins Award in 2003 and the Julius-Kühn Prize in 2004. Subsequent research on this pathosystem shifted to host-pathogen interactions during the flower infection process and culminated in the publication of an article in the Annual Review of Phytopathologyin 2006.

Scherm served as the assistant dean for research in CAES between 2010 and 2017 and has been head of the Department of Plant Pathology since July 2016. Under his leadership, the department added 11 new faculty members and the number of graduate students has reached an all-time high of 53, as of fall 2019. The UGA Department of Plant Pathology is recognized internationally for its comprehensive and integrative research and outreach portfolio, spanning basic, translational and applied programs.

Scherm has authored 198 publications, trained 22 graduate students, and received UGA’s Excellence in Graduate Mentoring Award. Most recently, he took the lead in establishing UGA's interdisciplinary graduate certificate program in Agricultural Data Science, for which he currently serves as the coordinator.

He served APS on numerous committees, on the editorial boards of Phytopathology and Plant Disease, and is currently providing leadership for Phytopathology as the journal’s editor-in-chief.

“This is a well-deserved honor for two outstanding scientists and earned recognition of the international-quality science that emanates from the UGA plant pathology department,” said Allen Moore, CAES associate dean of research. “It is especially gratifying to see scientists from both our foundational and applied research areas recognized at this exceptional level, demonstrating the balanced strength of UGA agricultural research.” 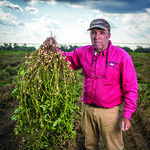 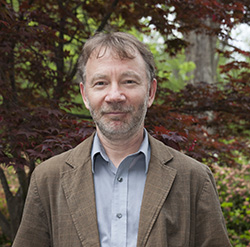 CAES News
APLU, USDA NIFA honor ALEC faculty for exemplary teaching and student engagement Posted on 11/19/21 by Claire Sanders
Two University of Georgia faculty members in the College of Agricultural and Environmental Sciences were honored with national teaching awards recognizing their outstanding teaching and student engagement from the Association of Public and Land-grant Universities and the U.S. Department of Agriculture National Institute of Food and Agriculture.

CAES News
Avoid 'crape murder,' prep your crape myrtles for success Posted on 11/02/21 by William G. Tyson
Southern gardeners love crape myrtles, but many don’t know how to care for them to realize the full, gorgeous blooms they expect in the summer.
Subscribe for Updates