The future of food and farms is largely dependent on the collective effort of us all to support more sustainable practices in agriculture — it’s not enough to just be profitable. Agricultural lands have the potential to be some of the most biodiverse landscapes in our increasingly urbanized world.

For many years, researchers have been studying the benefits of ecologically-based farming practices on the overall sustainability of agricultural systems. Farmlands that incorporate pollinator habitat or use cover crops between cash crops tend to have more on-farm biodiversity and, in turn, farmers benefit from the myriad services pollinators and predatory species bring to their system.

Schmidt and his team research potential options for improving agricultural lands to provide suitable habitat for beneficial species, including birds, and study how farms that incorporate habitat end up reaping major benefits in yields, pest control, and reduced chemical inputs.

Beyond the benefits farmers can receive from these species, it’s becoming increasingly important that we all pitch in to do our part for protecting pollinators and beneficial insects.

“Habitat conservation and restoration will help maintain and promote biodiversity, which is incredibly important because we are seeing dramatic declines in biodiversity worldwide,” said Schmidt.

Declines in insect entomofauna — the insects of an environment or region — have soared to more than 40% of insect species now considered threatened with extinction.

“We are also seeing major declines in avian species,” Schmidt cautioned. “Over the past 48 years, we have seen a decline of almost 3 billion birds or 29% of 1970 abundance.”

The major drivers of these insect and avian declines are primarily attributed to conversion to intensive agriculture, pesticides, urbanization, invasive species, habitat loss and climate change.

“The significance of these declines is that insects and birds are both really good indicators of environmental health and ecosystem integrity” Schmidt said.

Fortunately, because the major drivers of these declines are primarily attributed to human behaviors, hope exists that behavioral changes will begin to shift through better understanding and a greater appreciation for biodiversity.

“The most important part of this shift will be to make people aware of the importance of biodiversity,” he said.

Strategies for increasing biodiversity include attracting beneficial insects like predators and pollinators to home and urban landscapes and nurseries and using current Integrated Pest Management (IPM) practices to minimize unintentional harm that can occur with pesticide use.

So, what can farmers do? Whether you’re a small grower or a large commercial grower, plan for areas in the landscape that are left out of production. Potential areas include spaces where production is difficult and yields are low given inputs.

Bring back native plant species into these areas that can tolerate marginal conditions. There are now many commercially available native wildflower and grass mixes and flowering trees to help improve habitat for beneficial insects.

“Some say we have to worry about when to plant and how to plant, but too much worry leads growers to opt-out,” said Schmidt. “But, many native flowers to the Southeast are pre-packaged and ready to go.”

For the initial establishment of these native flower beds, make sure to start with a weed-free area, preferably in an area that would easily receive water. In Nebraska and Kansas, there are many pivot irrigation systems. They have begun creating “conservation corners” or “corners for wildlife.” Though the irrigation reaches these corners, it’s not as much as the rest of the field so production is usually lower. Growers have begun planting native grasses and wildflowers in these areas, and some are planting other flowering species that can be harvested as commodities, such as sunflowers.

“Getting plants established will require attention to good seedbed and monitoring, just as you would a cash crop,” said Schmidt.

Management decisions will be site-specific, as one location can be very different from the next, even on the same farm. Successfully promoting habitat for beneficial insects will require management of pests and consideration of pesticides used near habitat-provisioning areas.

“Many farmers have scouts that go out looking for insect pests throughout the growing season, so one shift in practice would be to also scout for pollinators or beneficial insects. In many ways, scouts would be monitoring for biodiversity, not just for problems,” Schmidt said.

Establishing more habitat on-farm that supports biodiversity will require a shift in people’s mindsets, placing a higher value on pollinators and beneficial insects and a willingness to try new things.

“The wonderful thing is that research demonstrates that even a little effort goes a long way to inviting natural enemies and pollinators into agricultural systems,” Schmidt said. “Just plant it and they will come.” 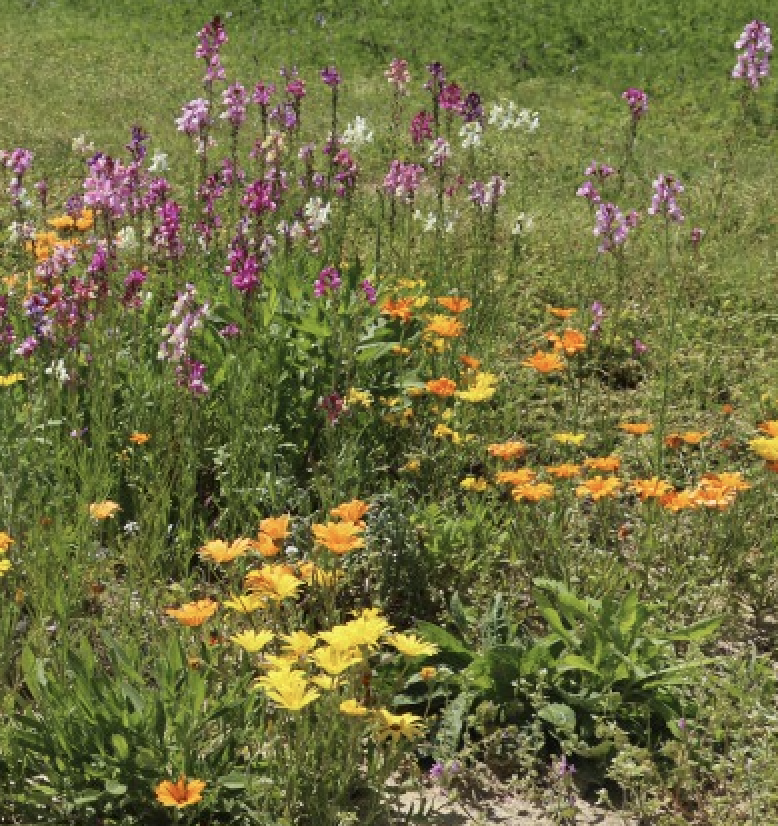 CAES News
How to control stinging fire ants — on the farm and in your yard 05/24/22 Shanna Reynolds
There are many things you come to expect living in the Southern U.S. You can count on sweetened ice tea being available at every restaurant, there will always be festivals named after fruits and vegetables, and the weather after Easter will never make any sense. You can also count on fire ant mounds appearing in late spring.
Subscribe for Updates