Before farm-to-table was a culinary catchphrase, there were families who ate what they grew on their farms simply because that’s what they had to eat.

These meals are the basis of all great cuisines and the source material for the farm-centered style of Italian cuisine that Lidia Bastianich popularized in her restaurants and on her long-running PBS cooking show, “Lidia’s Kitchen.”

Bastianich will share the connections between place, food and identity that have shaped her life and career at the UGA Chapel on Oct. 2 at 3 p.m. The event, "A Conversation with Lidia Bastianich: A Life of Love, Family and Food,” is sponsored by the University of Georgia College of Agricultural and Environmental Sciences (CAES). It is free and open to the public.

“Food is not only about nutrition and flavor; it tells a story about us, our connection to the land and our hopes for the future,” said CAES Dean and Director Sam Pardue. “Lidia’s whole career has been guided by these connections, and I think we can all learn how to think about and appreciate food a little more deeply by listening to her experiences.”

Bastianich is an Emmy-winning public television host, a best‐selling author, a successful restaurateur, and owner of a flourishing food and entertainment business. She runs her restaurants with the help of her adult son and daughter.

She is a member of Les Dames D’Escoffier and a founding member of Women Chefs and Restaurateurs. She is also a champion for the United Nations Association of the United States of America’s Adopt-A-Future program, in support of refugee education.

Bastianich immigrated with her family from the Istrian peninsula to the New York City area in the 1950s. The peninsula is part of what is now Croatia, but it’s culturally Italian. When communists took over the area in the 1950s, there was an exodus from the area, which included the Bastianich family.

While Bastianich was growing up, her family ran Italian restaurants in Queens, New York, and cooked traditional Italian-American meals. However, when she launched her own restaurant in 1981, she focused on an elevated version of the farm-centered “peasant food” that was prevalent in the Istrian region, she told National Public Radio in 2018.

Bastianich’s ease and skill at connecting the farm to the table are what brought her to the attention of administrators at UGA CAES.

With the advent of the college’s hospitality and food industry management major this year, faculty are working to bridge the businesses of farming, food and dining to help support a more holistic approach to our country’s food system, Pardue said.

“Our college is working to prepare the next generation of entrepreneurs, farmers and chefs, and we want them to understand how the entire system works,” Pardue said. “We don’t just have farmers here, consumers over here and chefs over there; it’s all part of one system. We need to understand that if we want our food production to become more efficient, more productive and more sustainable.” 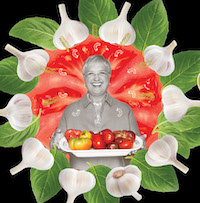 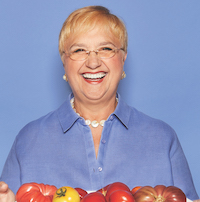