The sudden and unexpected death of a Marietta, Georgia, couple’s beloved dog after swimming with its owners in Lake Allatoona has filled social media feeds since the incident on Aug. 10. The incident brings to light the dangers of toxic algae growth. In neighboring North Carolina, another couple lost three dogs in one day after an afternoon swim in a pond.

The cause has been identified as the blue-green algae species Microcystis aeruginosa, a cyanobacteria that produces a potent liver toxin.

Algae often grows in ponds and lakes during abnormally dry conditions such as those Georgia is currently experiencing. Toxin-producing algae can be lethal to livestock who use farm ponds as their water source, but common toxins like microcystins can also impact larger bodies of water, said Gary Burtle, University of Georgia water quality and fisheries expert.

While Georgia isn’t officially in a drought, areas of the state have been hotter and drier than normal, Burtle said.

Conditions like these can cause more algae to grow and bloom in bodies of water as a result of the increased nutrient load in ponds and lakes, he said. In ponds used to water cattle and horses, this might lead to problems with toxic algae and unsightly water.

Color changes in a pond can be a clue that algae are blooming. Blooms of algae and cyanobacteria often look like green, blue-green or reddish-brown paint floating on the surface of small bodies of water, usually near the shoreline. This scum formed by algae is an indicator that the pond may be unsafe, Burtle said.

“Humans should not swim in this water and animals should not be allowed access to it until the bloom returns to normal by dilution from rainfall or treatment with algaecide,” said Burtle, who has fielded numerous calls from UGA Cooperative Extension agents this week as questions have poured in from the public. “You know a pond is headed for trouble when the algae bloom is so thick that visibility is less than 12 inches into the water column.”

In 2012, Georgia experienced serious drought conditions and some Gwinnett County cattle died as a result of a cyanobacteria bloom. Animals affected often appear weak, exhibit muscle tremors and convulsions, and have bloody diarrhea.

Farm animals should be kept away from the water source and provided with an alternative source of clean water until the pond has been tested and is declared free of toxins, Burtle said.

“If you have a fear about the water, move your animals to a safe water source,” Burtle said. “Install a water tank and fill it up every day or so. And use common sense. If there’s a scum on the pond and you think there might be a problem, exclude your animals and have the water tested.”

UGA Extension agents can help Georgians test their pond or lake water for the presence of toxins from algae blooms through UGA College of Agricultural and Environmental Sciences laboratories.

Cyanobacteria blooms in ponds and lakes are difficult to control, Burtle said. Using chemicals releases more toxins into the pond, rendering it useless as a water source for weeks or months. High daytime temperatures can also force the cyanobacteria blooms to the bottom of the pond, where toxins are released.

To help prevent blooms, UGA Extension urges pond owners to leave vegetated buffers around ponds, to limit livestock access and to avoid over-fertilizing surrounding areas. Pond owners who would like to learn more about controlling algae should read UGA Extension Bulletin 1445, “Managing Algal Blooms and the Potential for Algal Toxins in Pond Water.” 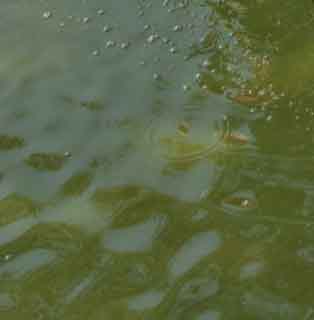 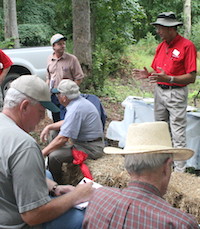 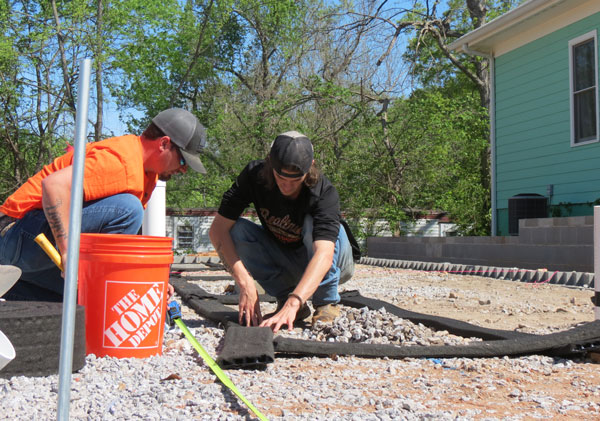 CAES News
CAES combines research and Extension efforts to develop climate solutions 11/11/21 Maria M. Lameiras
As climate issues capture governmental and public attention — from the effects of methane emissions to weather extremes — it is incumbent on the world to take action. Experts in UGA's College of Agricultural and Environmental Sciences are focused on helping residents address climate challenges in ways that will benefit the environment and ensure both profitability and sustainability for industry.
Subscribe for Updates