For three decades, University of Georgia students have relied on Professor Jeffrey Dorfman to help them apply sound economic reasoning to the world outside their classroom.

As of Aug. 1, Dorfman is applying that economic reasoning to real-world problems and situations in the policy arena as the state fiscal economist of Georgia.

In this role, Dorfman will develop forecasts based on Georgia's tax revenue, work closely with bond rating agencies to identify revenue and economic trends, and manage the development of fiscal impact estimates on tax-related legislative proposals.

“I am excited to serve in this new role, and I look forward to providing the state of Georgia and Gov. Kemp's administration the most accurate and timely economic input that I can,” said Dorfman, a longtime professor in the UGA College of Agricultural and Environmental Sciences Department of Agricultural and Applied Economics.

His research at UGA ranges from the economics of land-use policy to disaster recovery and methods of calculating economic impact. He is a prolific writer and a sought-after source in the popular media.

“Given Jeffrey Dorfman's extensive background and expertise in economics, I am confident that he is the right choice to serve as the state fiscal economist,” Gov. Brian Kemp said in a news release on Aug. 12. “Over the years, Jeffrey has earned a stellar reputation in his field, mentored countless students to ensure their academic success, and provided critical insight to leaders in the private and public sectors.”

In 2013, Dorfman was elected as a fellow by the Agricultural and Applied Economics Association. He has testified before the U.S. Senate Committee on Agriculture, Nutrition and Forestry, the Georgia Legislature, and a U.S. Department of Agriculture panel on farmland preservation. He served as editor of the American Journal of Agricultural Economics from 2009 to 2012 and has worked as a consultant to a variety of businesses, foundations and local governments, including four Fortune 500 corporations, as well as serving as a senior fellow at the Georgia Public Policy Foundation.

For more information on the mission and work of the CAES Department of Agricultural and Applied Economics, visit agecon.uga.edu. 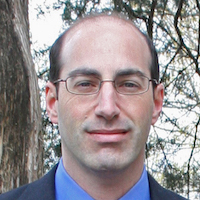