Beuchat received the Maurice Weber Laboratorian Award in recognition of his outstanding contributions in the laboratory. The award also honors his commitment to the development of innovative and practical analytical approaches in support of food safety.

He joined the Department of Food Science and Technology on the UGA Griffin campus in 1972 and has since published five books and 530 refereed scientific journal articles.

Beuchat is a world authority on the microbiology of fruits, vegetables, nuts and legumes; methods for detecting yeasts, molds and pathogenic bacteria in foods; metabolic injury of bacteria and fungi; relationships of water activity to microbial growth; antimicrobial compounds in foods; fermented foods; thermal resistance of mold ascospores; and food preservatives.

Most of Beuchat’s research at the UGA Center for Food Safety in Griffin focuses on how food safety issues relate to foods of plant origin.

Diez is one of four recipients of the IAFP Fellow Award, which is bestowed on professionals who have contributed to IAFP and its affiliates with distinction over an extended period of time.

Diez joined UGA in 2016 as director of the Center for Food Safety on the UGA Griffin campus. Previously, he was head of the Department of Food Science and Nutrition at the University of Minnesota, where he conducted food science research for 17 years.

Diez has authored 95 peer-reviewed articles and 13 book chapters. His research focuses on the control of foodborne pathogens, low water activity foods, the safety of organic foods and pathogens associated with fresh produce.

He serves on the U.S. Department of Agriculture’s National Advisory Committee on Microbiological Criteria for Foods, a group that provides impartial scientific advice and recommendations to the secretary of agriculture and the secretary of health and human services.

For more information on the Center for Food Safety, visit cfs.caes.uga.edu.

IAFP represents more than 4,300 food safety professionals including educators, government officials, microbiologists, food industry executives and quality control professionals who are involved in all aspects of growing, storing, transporting, processing and preparing all types of foods. 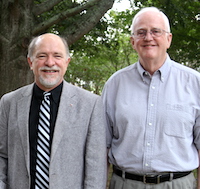