Peanut researchers from the University of Georgia met with hundreds of peanut scientists from around the world earlier this week to discuss the international impact of peanut research and to recognize top researchers.

With a “Peanuts Around the World” theme, the annual meeting of the American Peanut Research and Education Society was held in Auburn, Alabama, featured presentations by the UGA-housed Feed the Future Peanut Innovation Lab demonstrating the benefits of research collaboration to science, industry and agriculture in the U.S. and countries around the world.

Among the team's well-attended sessions was a two-hour symposium titled “Synergies from U.S. Global Research Partnership,” which highlighted individual projects in the lab’s portfolio and how scientists in the U.S. and African partner countries are working to harness genetic diversity in the peanut. Such diversity will help farmers in partner nations, as well as in the U.S., adapt to pest and climate challenges today and for years to come.

Agricultural challenges don’t recognize geographic or political boundaries, and solutions have the potential to come from all parts of the world.

For example, resistance to tomato-spotted wilt virus in the U.S. comes from peanuts bought in a market in Brazil in 1952, explained David Bertioli, a professor in the UGA Institute for Plant Breeding, Genetics and Genomics and principal investigator of an innovation lab project incorporating wild alleles to improve West African peanut cultivars.

Working to inventory and analyze the diversity of peanuts grown across Africa, a team of U.S. and African researchers are leveraging the recently sequenced peanut genome to create tools plant breeders can use to generate varieties with natural resistance to disease and other shocks.

Along with David Bertioli, UGA researchers Soraya Bertioli, Josh Clevenger and Peggy Ozias-Akins work on the U.S. side of these related Peanut Innovation Lab projects, while Daniel Fonceka of Senegal, David Okello in Uganda and plant breeders from seven other countries in Africa lead the work on that continent.

In recognition of the Bertiolis’ work to help improve peanut production worldwide, they were awarded the most prestigious awards of the conference, the American Peanut Council Peanut Research and Education Award.

According to the American Peanut Council, the Bertiolis’ unique but related research programs have focused on the wild relatives of peanuts. They work to unravel the collection of untapped genetic traits naturally occurring in the peanut ancestors and identifying the traits for use in breeding programs around the world to solve real-world limitations to peanut production.

For more than 15 years, they have worked to genetically characterize the relationships of the wild relatives of peanut with cultivated peanuts. Importantly, their work underpinned the effort to sequence the peanut genome by first focusing on the more tractable diploid, wild ancestors. Their research has led to a much deeper understanding of the relationship of the wild relatives to cultivated peanuts and our ability to move valuable traits from the wild into cultivated crops.

Communications staff from the American Peanut Council contributed to this release.

Merritt Melancon is a news editor with the University of Georgia College of Agricultural and Environmental Sciences.Allison Floyd is the PR coordinator for the Feed the Future Innovation Lab for Peanut, which is headquartered at UGA.
Authors:
Merritt Melancon
Allison Floyd
Experts/Sources:
David Bertioli
Soraya Bertioli 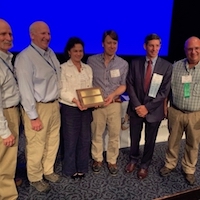 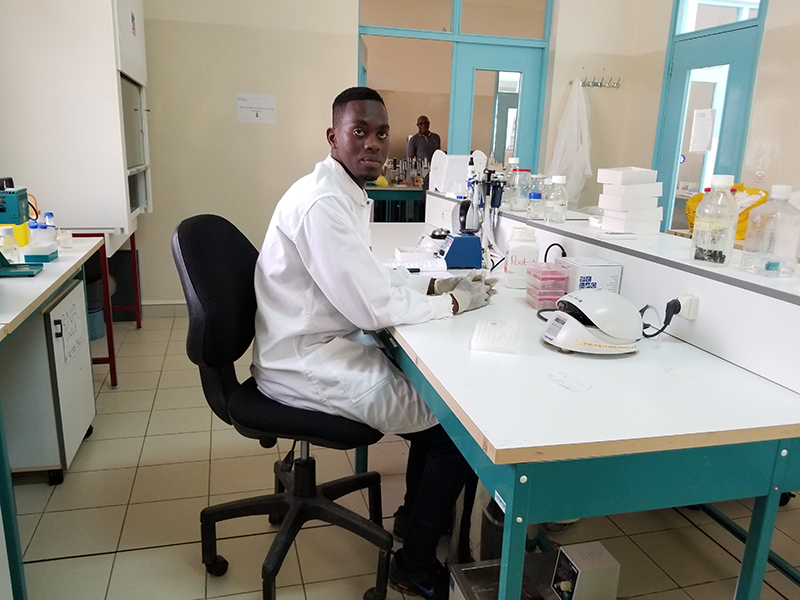 CAES News
Student Profile: Gomis working to map fungal resistance in wild peanut relatives Posted on 11/03/21 by Allison Floyd
When Joseph Gomis finished a bachelor’s degree at Université Cheikh Anta Diop in Dakar, Senegal, he wasn’t sure whether his studies would lead him to work with plants or animals. With a degree in natural science, he just wanted to make an impact. Similarly, he didn’t predict how important peanuts would become in his life until he was offered an internship to work with Daniel Fonceka, a well respected research scientist with CIRAD and the Centre d'étude régional pour l'amélioration de l'adaptation à la sécheresse (CERAAS).