Peanut’s oldest known relatives held some secret defenses in their genes when South American farmers first crossed the two wild species around 8,000 years ago to create the modern peanut.

Over the years, the breeding for taste, size and other traits has reduced diversity in modern varieties. The Peanut Innovation Lab is working not only to find the diversity in modern peanut, but also to introduce new diversity from the wild species. These efforts are aimed at helping to improve future peanut varieties – which already adapts well to different climates – become even more resilient to disease, pests and extreme weather.

“We are excited about the opportunities that modern science provides to both identify the diversity in existing peanut varieties, but also to recreate the original crosses between wild progenitors to create new peanut varieties,” Dave Hoisington, Director of the Peanut Innovation Lab at the University of Georgia said. “By linking US scientists with scientists in Africa, I’m positive we’ll achieve great success in developing much better varieties for U.S. and African farmers.”

At the same time, Soraya Leal-Bertioli is focused on incorporating genetic strengths of ancestor plants to fight groundnut rosette disease or GRD, a peanut nemesis across Africa. The lines developed in the US and Senegal will be tested in Uganda – a hot spot for GRD - and crossed with local lines to produce cultivars with higher resistance to GRD and late leaf spot.

Scientists have tapped into wild species to find disease resistance before, but we have more tools to pinpoint the genes today.

The earliest cultivated peanut was grown in Peru, a place that doesn’t have wild peanut ancestors. That means people already were breeding peanut thousands of years ago and carried the seed to modern-day Peru to plant, Bertioli said.

“Peanut came about through the intervention of man,” Bertioloi said. “Disease resistance through indigenous species was done in the 20th Century, but that origin was lost in the pedigree.”

Plant breeders continued to select for certain traits so that no one is sure how similar varieties are and which ones might hold some of those powerful traits of the ancestors.

To understand the genes different peanut varieties around the world hold, a project spearheaded by University of Georgia scientist Peggy Ozias-Akins is mapping the genetic diversity of peanut varieties grown across Africa. By understanding the genetic differences in varieties, scientists in the lab can pinpoint the genes attached to different resiliency traits and empower plant breeders to incorporate those traits into new varieties.

First, plant breeders from several African countries – Ghana, Mali, Niger, Senegal and Togo in west Africa and Malawi, Mozambique, Uganda and Zambia in southern and eastern Africa – submitted seed of a total of 1300 peanut varieties grown in their regions.

Plants were grown out in Senegal, DNA extracted and genotyping done in the USA. Scientists are evaluating the data to determine the overall diversity of the submitted lines, and to define a subset of lines to evaluate in the field across Africa.

Now, Ozias-Akins is genotyping another 2500 lines of African origin that are stored in the USDA germplasm collection in order to determine whether those lines have more or less diversity than those now used in breeding programs. Thirty-six African countries of origin are represented among the selections.

With the new Breeding Management Software (or BMS) developed by the Integrated Breeding Platform, the peanut breeders in national programs in Malawi, Mozambique, Zambia and Uganda are better equipped to design trials, use barcodes for tracking seed and plots, acquiring field data using digital handheld devices, and efficiently analyzing the results from trials. The data is stored in the cloud where the team can collaborate, the records are safe from natural disaster and data grows season after season.

“The crossing design, pedigree of developed lines, salient attributes of the developed lines needs – all these steps used to be captured manually as a standalone process and stored on shelves. Retrieving and using that information was very challenging, if not impossible, particularly when the person who wrote down the data wasn’t there. The BMS allows all that information to be housed in one unit,” Okello said.

“As our breeding program is moving towards marker-assisted breeding, BMS will be even more handy. From planning to genotype data management, and introgression of useful QTLs” – all benefit from BMS.” 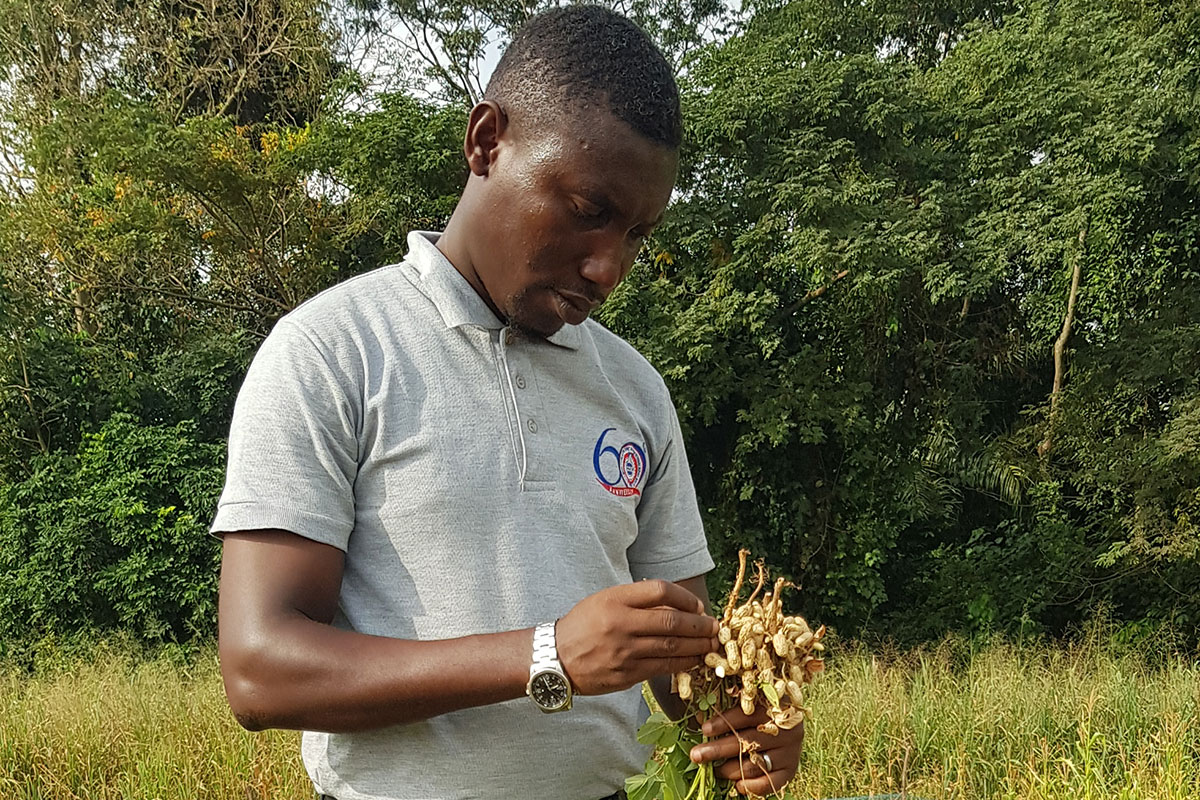