For the past 40 years, Georgians have been helping their friends and neighbors build better landscapes, plant healthier gardens and protect their local ecosystems through the University of Georgia Master Gardener Extension Volunteer program.

Since its founding in 1979, the Georgia program has grown to include 2,700 volunteers who gave more than 180,000 hours of time in 2018. The program’s success is due to the dedication of the Master Gardeners, as well as the sense of community that this army of volunteers has built over the years.

“Every program is a little bit different, but it doesn’t matter because it’s the same premise,” said David Gibby, Master Gardener program founder, when he visited Georgia in April to celebrate with the UGA Master Gardener Extension Volunteers. “The premise is people who love people and love gardening doing a lot of service for people who need it. That is the whole key to it.“

In 1972, Gibby was a Washington State University (WSU) Extension agent in charge of answering homeowner gardening questions from more than 5 million people in the metro Seattle area. It was an impossible task.

Frustrated, he drew on the tradition of volunteerism that he learned growing up in the Mormon church and decided to recruit garden club members he worked with to help expand the number of people served by WSU Extension in the area.

He called these volunteers “Master Gardeners,” from the German word “Gartenmeister,” which means “having a top proficiency level in horticulture.” They held clinics and workshops at shopping malls and community centers, and the program flourished.

After just two years as an agent, Gibby left Extension to work in reforestation for Weyerhauser, but his revolutionary idea took root. Between 1976 and 1980, Master Gardener programs expanded to Cooperative Extension systems across the country. It expanded to Canadian provinces in the 1980s and South Korea in the early 2000s. There remains a growing interest in the idea of Master Gardener volunteers in other countries around the world.

“Within a year or so of us starting, it was already gaining traction all over the country,” Gibby said. “Now it’s even starting to gain international attention. I think you’re going to see it all over because it works. People see something that takes care of a really big problem. Anybody who is in the profession of trying to teach people how to garden wants something that’s going to help; they want any kind of help they can get.”

Since 2012, Gibby has been actively visiting states with Master Gardener programs, meeting their volunteers and sharing the story of the program’s early years.

Gibby has always been excited to talk to his Extension friends to find out how large the program is becoming. Today, he’s amazed by the program’s endurance and its power to change people’s lives.

“Most of these (volunteers) who’ve been in it, they’ve enjoyed it,” Gibby said. “It doesn’t matter if they’ve been in for 10 or 20 years or if they’ve been in for two years. They’re hooked and they like it because they know they’re doing good. They know they’re helping people. They’ve seen it … And the nice thing is that, once they’ve done that service, they feel good about themselves. They feel they’re making a contribution to their community and to themselves. “

For Sheri Dorn, state coordinator for UGA Cooperative Extension's Master Gardener Extension Volunteer Program, being part of this legacy of service makes what her volunteers do on a daily basis even more rewarding.

“Extension Master Gardeners are extraordinary people. They are passionate and energetic, often bringing to life the programming that Extension is offering,” said Dorn. “They love sharing with others about plants and gardening, helping people to find answers to their horticultural questions. As a result, our communities are enriched, not just from the interaction with these terrific volunteers, but by the numerous personal and community benefits of plants. Ask a Master Gardener how long they intend to be a Master Gardener, and they’ll tell you, ‘For life!’ ”

For more information about becoming a Master Gardener in Georgia or to find answers to your gardening questions, visit www.georgiamastergardener.org.

For more information about the history of the Master Gardener program, visit Gibby’s website at mastergardener.net. 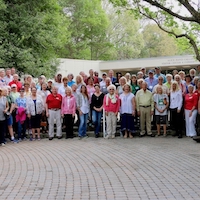 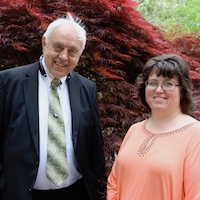 CAES News
Science communication is key to public acceptance, innovation 11/18/22 Claire Sanders
Genetic improvement, particularly improvements related to animal production, has been one of the most transformational agricultural advancements in our history. The breeding of healthier, more productive livestock has been achieved through genetic selection over the course of time, both through natural genetic selection and through increased use of artificial insemination.
Subscribe for Updates