There are more than 6,000 species of lady beetles in the world, most having different natural histories and roles in their environments. Being able to identify the different species is vital to understanding them, and knowing what they look like is typically a major part of that process.

That’s where Brad Hounkpati comes in. Hounkpati, a doctoral candidate in entomology at the University of Georgia College of Agricultural and Environmental Sciences (CAES), established a replacement reference specimen for an important lady beetle species found in South Africa. His work was published in the March 2019 edition of the taxonomic journal Zootaxa.

Hounkpati, a Fulbright scholar at UGA, is the first Borlaug LEAP Fellow from Togo, a West African country, and one of the first LEAP fellows hosted by UGA. His primary focus of study has been on the taxonomy of lady beetles in western Africa. His interest in lady beetles started in 1995 when he was working to battle sugar cane pests on Togo farms.

As part of his UGA graduate research, he started investigating Rodolia iceryae, a brownish hemispherical beetle, for its potential use as a biological control agent on West African farms. The beetle, which is native to Africa, was described in scientific literature. Hounkpati thought it could be a good analog to the North American lady beetles that were being used as biological control agents in the states.

However, when Hounkpati researched the lady beetle in the official literature and museum collections, he realized that the name-bearing type specimen was missing.

The genus Rodolia is made up of many species of lady beetles that are known to feed on small mites, aphids and scale insects, making them great potential agents of biological control. Members of the Rodolia genus have been used to control pest insects all around the world as far back as 1888.

Through his research, Hounkpati found that Rodolia iceryae was originally described by Victorian-age entomologist Oliver Erichson Janson in 1887. But in the century since it was first described, the original specimens had been lost. While Janson’s description was preserved in published literature, it was vague. The loss of the original physical specimen — called a “holotype” in taxonomy circles — put a hole in the scientific record. No one had the physical specimen or an original image to go with the description. There was no way to clarify ambiguity in Janson’s original text.

Hounkpati, along with Juanita A. Forrester, an entomologist at Chattahoochee Technical College, and Joseph V. McHugh, a UGA CAES entomology professor and curator of arthropods at the Georgia Museum of Natural History, helped establish that the type material of Rodolia iceryae, originally examined and described by Janson, was lost.

Together they helped to find museum specimens that represented the same species described by Janson. They wrote a new, more detailed description of Rodolia iceryae that clarifies the ambiguity about the species’ identity. One of the specimens was chosen to serve as the neotype — the official replacement for the missing original holotype — and the physical reference for that species name.

“With this neotype established, the appearance of the species would be clarified,” Hounkpati said. “This would be very helpful in future surveys to recognize Rodolia iceryae in West Africa. If found, that could be the beginning of more research on its efficiency in controlling giant scale insects in West Africa.”

The team found that Rodolia iceryae can be recognized by its distinctive genitalia, hemispherical body, a blood-red semicircle on the base of its forewings and its head shape. Specifically, the male genitalia are notable due to an extreme curvature, almost to the point of forming a complete circle.

This neotype will hopefully aid the taxonomy of ladybird beetles in the Afrotropical region. This clarification of the concept of Rodolia iceryae in the taxonomic record will help scientists identify the beetle for biological control use in Africa and across the world.

McHugh, who works with Hounkpati on his graduate research, says projects like this help build a strong foundation to support other types of research on insects in the region.

“Taxonomy is constantly growing and being refined,” McHugh said. “Having a physical reference specimen makes the meaning of a species name clear. It also makes people feel more connected to a species. It’s one thing to have a description and a name; it’s another to be able to look at an actual specimen and know that ‘This is the thing that is actually out there walking around.’”

To read the full paper, visit dx.doi.org/10.11646/zootaxa.4563.2.12. For more information about the UGA Collection of Arthropods, visit site.caes.uga.edu/ugca/. 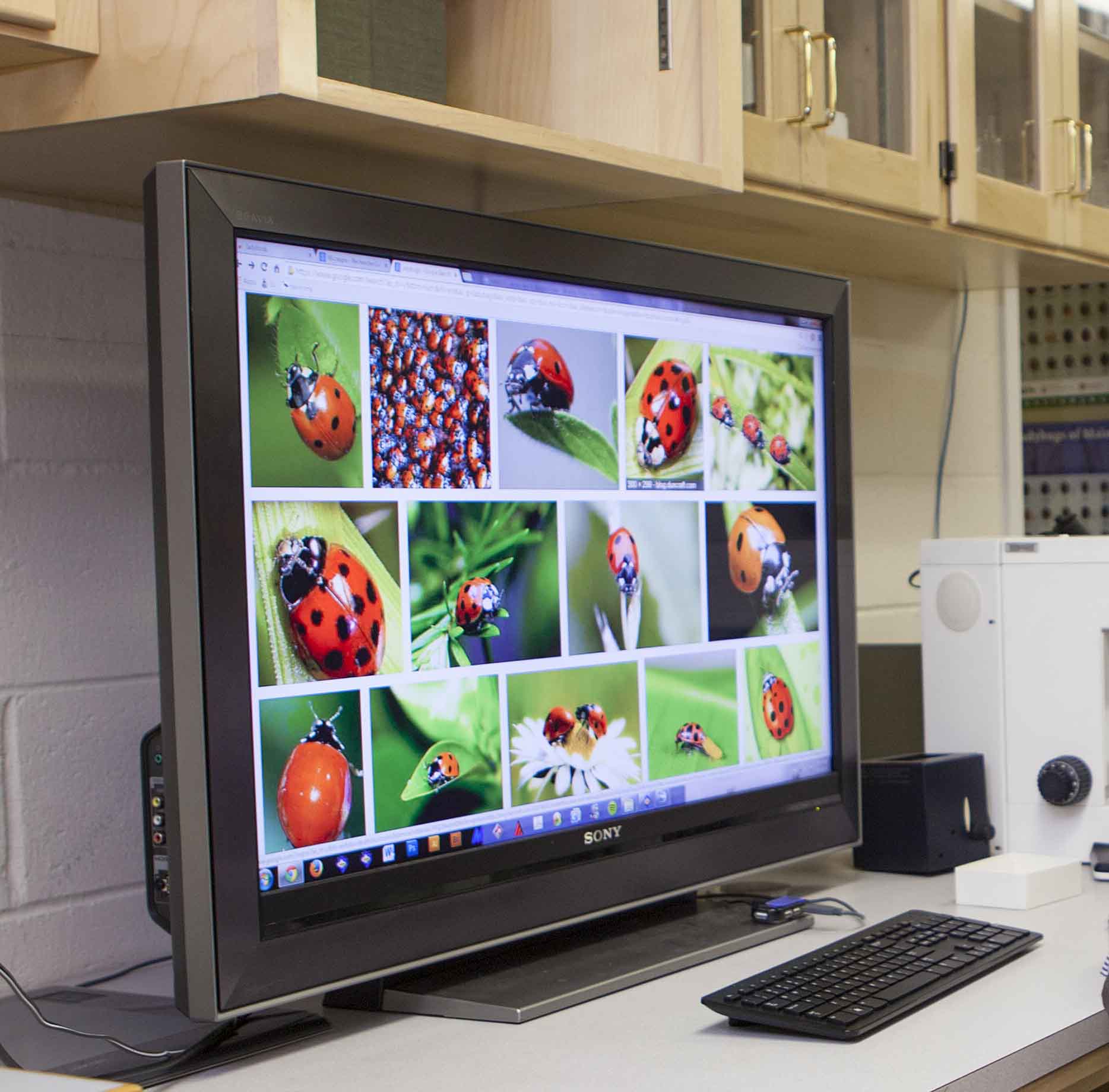 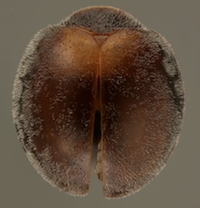