UGA Extension has potential solution for deer management in cotton

The threat of deer eating the cotton grown on local farms sent University of Georgia Cooperative Extension Agriculture and Natural Resources agent Katie Burch searching for a solution. And with the help of UGA East Georgia Agronomist Mark Freeman, the Burke County, Georgia, agent may have found one.

Although the potential solution needs further research for verification, Burch believes Milorganite, a fertilizer made from sewage collected in Milwaukee, Wisconsin, is an effective deterrent.

Milorganite was chosen because of its pungent smell and likely foul taste. Conducting her own research last year, Burch spread the fertilizer over cotton plots, then checked a week later to see if deer had been browsing the plots.

From all visible signs, the Milorganite had deterred the deer.

“Visually and percentage-wise for the counts that we took in the field, you can tell where the deer were deterred — where the Milorganite was spread — versus where they weren't,” Burch said.

The fertilizer treatment was applied once a week for four weeks. As for the plots that weren't treated with the fertilizer, deer continued to mow through the cotton.

Burch started the project after she began working for UGA Extension in 2016, when deer caused major yield losses for a farmer in Burke County. Prior to testing Milorganite, Burch tried various chemicals and found none were an acceptable solution.

“This trial saw more success and the producer was happy about it,” she said. “This is something I think a lot of growers across the state can benefit from if we do find that it is successful long-term.”

According to Burch, deer are known to damage at least 50 percent of farmers’ crops across the state of Georgia. This represents a major profit loss for farmers.

Annually, a farmer will spend thousands of dollars to try to stave off wildlife pressure. Some of those alternatives include night hunting equipment and traps, which are costly and not completely effective.

“Not only do farmers have to spend additional money, but they have to work all day and stay up all night to protect their crop,” she said. “It’s very hard for a producer to budget every year for wildlife damage control.”

Burch wants to make sure that the farmers of Burke County, and across Georgia, don’t have to deal with those high expenses for much longer. If another year of research produces positive results, producers may be able to save on wildlife management.

Cotton is typically planted in May and early June in Georgia.

For more information about how to manage wildlife on your property, see the UGA Extension Wildlife Management Series at extension.uga.edu/publications.

CAES News
UGA CAES student named 2021 Borlaug Undergraduate Scholar Posted on 07/01/21 by Courtney Cameron
Samantha Wegener enrolled at the University of Georgia’s Tifton campus after earning her associate’s degree in biology from the Technical College of the Lowcountry in Beaufort, South Carolina. It was during her last semester in Beaufort that Wegener was introduced to the world of plant breeding. 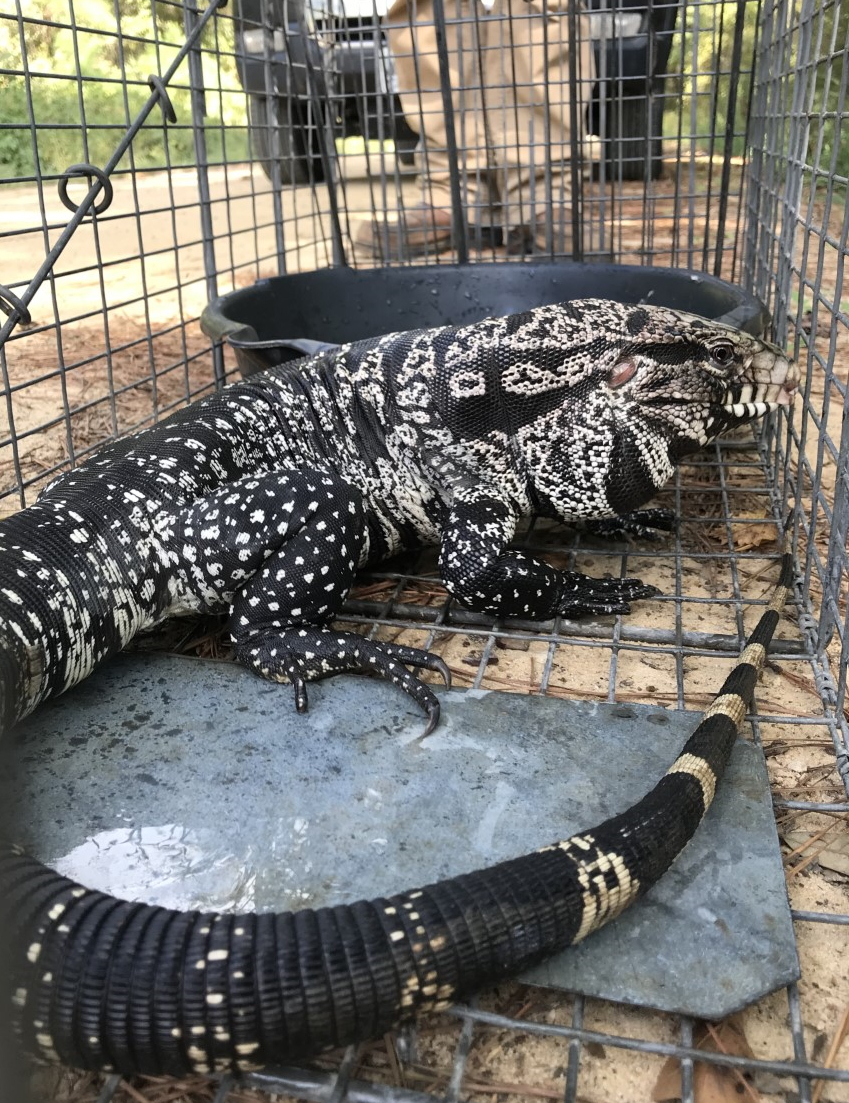 CAES News
Public help needed to control invasive tegu lizards in southeast Georgia Posted on 06/03/21 by Courtney Cameron, Rick Lavender
University of Georgia Cooperative Extension is assisting the Georgia Department of Natural Resources (GDNR) in the effort to find and remove tegus from the wild in southeast Georgia, and the public’s help remains critical to keeping these big, South American lizards from getting a toehold in the state.