A tried and true Georgia “boy,” University of Georgia blueberry breeder Scott NeSmith takes pride in creating new blueberry varieties for farmers in Georgia and across the Southeast. Now he can boast that blueberry varieties he’s bred through the UGA College of Agricultural and Environmental Sciences have gone global.

Two southern highbush blueberry varieties bred by NeSmith in research plots on the UGA Griffin campus are grown in territories in Europe and several countries in Africa, including Namibia and Zimbabwe, he said.

These UGA-bred blueberry plants grow well in the Southeastern United States and will now be grown by African farmers “primarily for export to Europe and some parts of Asia,” said NeSmith, who was named UGA Inventor of the Year in 2013.

Partnerships like this one benefit consumers by extending the amount of time fresh blueberries are available on supermarket shelves.

“Berries grown in Africa won’t be competing directly with Georgia berries as they are producing berries from September until February and we harvest our berries April through June,” he said.

Marketing the UGA plant material to farmers outside the United States also brings valuable revenue back into NeSmith’s research program. This is done through the UGA Research Foundation, which assists the transition of UGA inventions into the marketplace. The UGA Office of Research created its Innovation Gateway to streamline the licensing and startup of UGA inventions. Thus far, more than 675 products have been introduced into the marketplace and more than 160 companies have been launched based on UGA research through Innovation Gateway.

“Regardless of where they are growing, UGA-bred blueberries feed the Georgia market during our season and, when they are licensed to be grown on in South America, we can have blueberries to eat in November, December and January,” said Brent Marable, associate director of plant licensing in UGA’s Innovation Gateway. “Consumers benefit and the royalties from those blueberries go back in to the university to fund more research into breeding the next blueberries.”

In addition to Europe and Africa, Marable said UGA-bred blueberries have been grown in Australia, New Zealand, Japan and South America for more than a decade and will soon be grown in China.

“The beauty is that when we license blueberries in China or Japan or even in south Africa and Europe, we aren’t competing with Georgia growers,” he said. “We are feeding the global demand for blueberries with berries that don’t compete with the berries grown by Georgia farmers. South American (growers in) Chile, Peru, Argentina and Colombia ship berries into the U.S. when we can’t get berries from our Georgia growers.”

“The university mission is to reach the world, so we are definitely fulfilling the mission,” he said. “I like to think that if someone buys a Georgia-bred blueberry variety in December, they might search for it again when it’s ripe in May.”

For more about UGA blueberry research, go to http://extension.uga.edu/topic-areas/fruit-vegetable-ornamentals-production/blueberries. 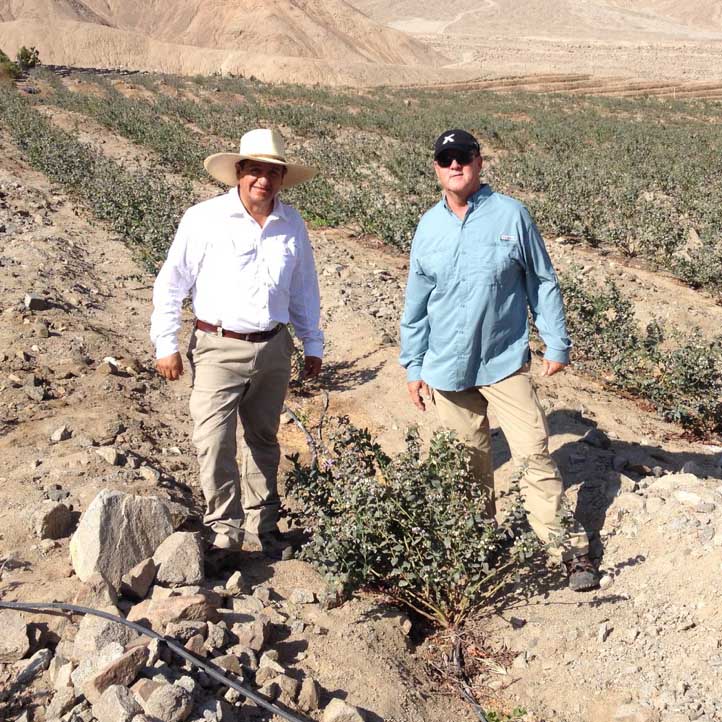 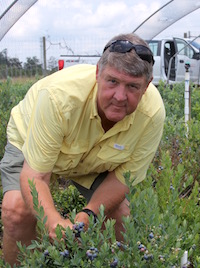