National Peanut Day is September 13. Although Georgia is known as the "Peach State," it is also the No. 1 producer of peanuts in the U.S. Last year, American farmers produced almost 2 million tons of peanuts. The U.S. is ranked third in worldwide peanut production, behind China and India.

"Peanuts are one of the most sustainable crops," said Mark Abney, University of Georgia Cooperative Extension peanut entomologist. "They do not require pollinators, require minimal insecticides, and produce the best quality and yield with the lowest level of input from growers."

The UGA Peanut Team is the largest single-commodity team in the U.S. The team consists of applied researchers and scientists, including horticulturists, crop and soil scientists, plant pathologists, entomologists, geneticists, food scientists, climatologists, engineers and economists, all conducting research dedicated solely to peanuts.

"Peanuts are sustainable, profitable and nutritional," said Scott Monfort, UGA Extension peanut agronomist. "Dedicated research and applied trials are a large part of continuing the increase in efficiency and production."

UGA, alongside the Georgia Peanut Commission, is sponsoring the 32nd Annual Georgia Peanut Tour Sept. 18-20, 2018. The tour will begin in Savannah, Georgia, and travel across the state to large peanut production areas. UGA’s Southeast Georgia Research and Education Center in Midville, Georgia, is among the stops.

For more information on the tour, visit georgiapeanuttour.com/. To learn more about the UGA peanut team and research or subscribe to the UGA peanut blog, visit peanuts.caes.uga.edu.

Cristina deRevere is the public relations coordinator for Georgia 4-H. 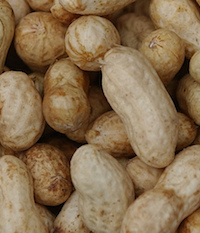