This fall the University of Georgia College of Agricultural and Environmental Sciences is opening the labs of some its most distinguished researchers to students and science fans across the state.

In a series of Facebook Live broadcasts, UGA CAES’s Live from the Lab will introduce the public to ten researchers in disciplines from across the college.

During the broadcasts, the scientists will talk about the nuts and bolts of their labs, how they got started and possible real-world applications of their research.

So bring your science questions to www.facebook.com/UGACAES at 10 a.m. every other Friday beginning Aug. 17.

The complete schedule is below.

Marianne Shockley is a CAES entomology researcher who uses insects as a tool for science, technology, engineering and math (STEM) education. She’s also an international advocate for insect agriculture, or raising insects for food.

In August, Shockley, a founding board member of the North American Coalition for Insect Agriculture, will host the Eating Insects Athens conference. During her Live from the Lab session, she’ll discuss how entomophagy, the practice of eating insects, could benefit the environment and end food insecurity.

Marc van Iersel is a CAES horticulturist who has pioneered intelligent systems that can change the way food and ornamental plants are grown. His idea is simple: ask plants what they need and then automatically provide it.

As a professor of horticulture, he has developed biofeedback systems that measure soil moisture and use optical sensors to automatically control the amount of water and light provided to plants in greenhouses and vertical farms.

The result is happier, healthier plants with a smaller carbon footprint and cost.

Franklin West is a CAES associate professor of animal and dairy science and a member of the UGA Regenerative Bioscience Center faculty.

Zenglu Li is the lead researcher of the UGA Soybean Breeding, Genetics and Genomics Laboratory in the CAES Department of Crop and Soil Sciences.

Li has pioneered the use of molecular breeding technologies to develop soybean varieties that are more productive and more ecologically efficient than current seed lines. Li says more efficient soybean varieties will be critical to meeting the growing demand for soy oil and protein while protecting the world’s environment.

Ever wonder why tomatoes come in different shapes and sizes? Esther van der Knaap, CAES professor of horticulture, started her research into the genetics of tomatoes in the early 2000s as a model for investigating the evolution and domestication of flowering plants.

The tomato’s path from a tiny, berry-sized, wild fruit to the juicy beefsteak tomatoes found in supermarkets today sheds light on the ways early agriculture changed the evolution of common plants and on the function of genes shared by many plants.

Kissing bugs are a lot less romantic than they sound. These bugs feed on blood, often by biting a sleeping person on the face. Several species of these insects can also transmit the parasites that cause Chagas’ disease, a major disease in Central and South America.

Kevin Vogel, CAES assistant professor of entomology, is curious about the interaction of these harmful pests and the gut bacteria that allow them to produce vitamins not present in their favorite food – blood.

Without these bacteria, the bugs can’t become adults. Vogel is researching how the bacteria and bugs interact, how this symbiosis evolved and how people might capitalize on it to cut kissing bug populations.

Just how powerful are moms? Kristen Navara, an associate professor in the CAES Department of Poultry Science, studies the ways that bird moms program the behavior and physiology of their babies.

She focuses on finding ways to harness this maternal power to purposely manipulate the sexes of chicks for the poultry industry.

His lab in the CAES Department of Animal and Dairy Science uses groundbreaking microscopy techniques and lasers to help refine therapies that could soon be used in hospitals to help heal bones.

The biggest challenges of growing vegetables, especially summer vegetables, in Georgia are the heat and humidity and the disease and insects that they fuel.

The first secret of managing insects in on the farm is to understand the insect.

Ash Sial, assistant professor and integrated pest management coordinator in the CAES Department of Entomology, has spent his career investigating the life cycle and ecology of some of agriculture’s most costly insect pests. His research provides farmers with sustainable pest control methods.

He is currently working to control populations of the invasive spotted wing drosophila, a major pest of Georgia’s blueberry crop. 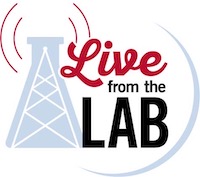