A native of Savannah, Hollingsworth earned a bachelor’s degree in home economics from UGA. In 1988, she began serving as the FACS agent for Georgia’s Appling and Wayne counties. She earned a master’s degree in adult education from Georgia Southern University in 1999.

“My job as a UGA Extension agent meant I was in a field where I could use my home economics degree and teach adults and youth,” she said. “It was the perfect job for me.”

As a county agent, she enjoyed helping people through education.

“I loved seeing people come back and tell me how a class I taught or information we shared with them changed their lives,” she said. “Seeing a client lose 30 pounds by doing something simple that I taught her is a great feeling. Even now, I still see the impact I made in Appling County, but I didn’t realize it at the time. When you are a county agent, the people in the community truly become your extended family.”

Hollingsworth and her husband, Eddie, raised what she calls “doorstep children,” children who are just years apart in age. Her first week on the job in Appling County just happened to be the week of 4-H camp.

As a child, Hollingsworth attended a Savannah private school where 4-H wasn’t offered, but she says she was surrounded by people connected to 4-H.

“I was in every club that my school had. I saw a clover on the wall, and I always wondered why I couldn’t be in (4-H),” she said. “My roommate in college was a camp counselor and the girls in my sorority were involved in 4-H. My sorority ‘little sister’ is still very involved with the camp counselor’s group.”

All of her now-adult children participated in 4-H. Her son, Billy, went to Georgia 4-H Congress, and her daughter, Melanie, was a state 4-H vice-president and the 2001 international BB champion.

Throughout her career, Hollingsworth attended any leadership training her work mentors recommended, including LEAD21, leadership development for administrators in land-grant universities’ schools of agriculture, environment and human sciences, and Extension’s ExTEND training program.

“After attending trainings and leading committees, I realized (administration) was a good fit for me and that it put me at a higher level to help more people,” she said. “When the Southeast District director position came open, I decided to apply and try to serve and give back to the organization that has given so much to me.”

Hollingsworth plans to use her Extension training skills to assist the agents in her district.

"I enjoy helping other people learn new skills," she said. "Now, the only difference is that I'm teaching people who are inside the Extension organization.”

Hollingsworth is the second Wayne County resident to serve as director of UGA Extension's Southeast District. The other was James Fountain, who hired Hollingsworth when she began her career with Extension. 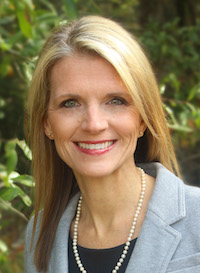 CAES News
UGA researchers discover genes that allow bacteria to resist onion’s natural defenses Posted on 07/16/20 by Maria M. Lameiras
After years of building and analyzing sample collections, plant pathologists at the University of Georgia have identified the genes that allow a type of bacteria that causes onion center rot to resist onions’ natural defenses in a “chemical arms race.”
Subscribe for Updates