University of Georgia Professor of crop and soil sciences Wayne Allen Parrott has been named a Fellow of the American Association for the Advancement of Science, an honor bestowed by his peers for “scientifically or socially distinguished efforts to advance science or its applications.”

Parrott is among 396 new AAAS Fellows who will be presented with an official certificate and a gold and blue—representing science and engineering, respectively—rosette pin on Feb. 17 at the AAAS Fellows Forum during the 2018 AAAS Annual Meeting in Austin, Texas.

“Selection as an AAAS Fellow is a major milestone in a scientist’s career, and thus the University of Georgia is enormously pleased that three of our faculty have been selected for this honor,” said David Lee, UGA vice president for research. “This peer recognition is important to our faculty, and it also brings added distinction to the university.”

Parrott, a member of the UGA College of Agricultural and Environmental Sciences faculty, is honored for his distinguished contributions to the development and implementation of plant transformation technologies and to the discussions of the science and regulatory processes associated with genetically modified organisms.

For nearly 30 years, he has conducted research on the discovery, evaluation and use of agriculturally important genes in crop plants, using both molecular markers and genetic engineering, especially in soybean and switchgrass. His emphasis is on developing the methodology for use and safety assessment of genetically modified crop plants, and he has published a guide for environmental risk assessment of GMOs.

Parrott has traveled extensively in Latin America and other countries, advising legislators and regulators on the requisites for a functional regulatory system that ensures the safety of genetically modified products.

The American Association for the Advancement of Science is the world’s largest general scientific society and publisher of the journal Science. Founded in 1848, it includes 261 affiliated societies and academies of science, serving 10 million individuals. The nonprofit is open to all and fulfills its mission to “advance science and serve society” through initiatives in science policy, international programs, science education and more. 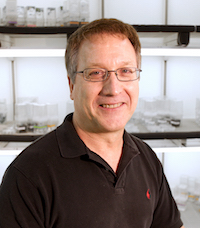