University of Georgia entomologist Brian Forschler built his career studying termites, a pest that many homeowners don’t care to think about.

For the last 25 years, Forschler's research on termite behavior and termite damage prevention formed the basis for treatments and preventive measures on which Southern homeowners rely.

This November, Forschler’s colleagues will recognize his efforts through the Entomological Society of America’s (ESA) Recognition Award in Urban Entomology. Forschler, a professor in the UGA College of Agricultural and Environmental Sciences Department of Entomology, will receive his award on Nov. 7 at the ESA’s Entomology 2017 conference in Denver.

“Dr. Forschler is internationally recognized for his contributions and leadership in the field of urban entomology,” said Kris Braman, professor and UGA entomology department head. “His career-long contributions have significantly and positively impacted the industry. His dedicated mentorship has provided our next generation of scientists and practitioners (with knowledge) in this critical area of entomology.

“His innovation, tireless effort and integrity have resulted in the sound science trusted by industry professionals and regulatory officials who have shaped policy.”

Forschler came to UGA in 1991 and currently works with the UGA entomology department’s Household and Structural Entomology Research Program.

In addition to his work with the U.S. termite control community, he has collaborated with international termite researchers in Europe and Asia and organized training sessions for industry and regulatory officials in the U.S., Europe, Australia and Asia.

He has organized 13 national and international symposia on urban insect pest biology and management and has authored more than 100 scientific and popular press articles on household and structural insect pests.

Forschler received his bachelor’s and master’s degrees at the University of Kentucky and completed his doctoral work at UGA.

For more information about UGA’s Department of Entomology, visit caes.uga.edu/departments/entomology.html. 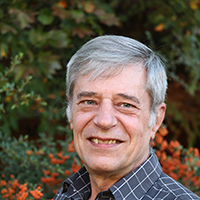