World hunger, GMOs and debates about biotechnology on tap for 2017 D.W. Brooks Lecture

Molecular biologist and agricultural technology advocate Nina Fedoroff will visit the University of Georgia on Tuesday, Nov. 7, to deliver the College of Agricultural and Environmental Sciences’ D.W. Brooks Lecture at 3:30 p.m. in Mahler Hall at the UGA Center for Continuing Education and Hotel on the university's Athens campus.

Fedoroff has spent her career advocating for the role of technology in helping to end malnutrition.

Her talk, entitled “The GMO Wars: What do we do when scientists and citizens deeply disagree?”, will explore the space between the need to produce more resilient, sustainable crops and public attitudes toward genetically modified foods.

“We have a moral obligation, as agricultural scientists, to do all we can to feed the world’s growing population,” said CAES Dean Sam Pardue. “It will take a cadre of scientists across many disciplines working together to solve this complex problem. But, at the same time, we must be diligent about making sure consumers understand the need, the science and the solutions. We must listen to citizen concerns and ensure we are addressing them in the process.”

The D.W. Brooks Lecture is held each year in honor of college alumnus and Gold Kist Inc. founder D.W. Brooks and is accompanied by the D.W. Brooks Awards for Excellence. The awards recognize college faculty and staff who have demonstrated an extraordinary commitment to the college’s missions of research, instruction and extension.

“The D.W. Brooks Lecture is our opportunity to bring in change-makers who have an impact on hunger and malnutrition in the real world and to inspire and challenge ourselves to meet the goal of feeding the world’s growing population by the year 2030,” said Amrit Bart, director of global programs for CAES.

Fedoroff works to ensure that people around the world have enough to eat, and she is a strong proponent of using technology as a means to achieve that goal. She speaks and writes often on topics at the intersection of agriculture and technology and advocates for the use of enhanced crop breeding techniques to help supply food-insecure areas of the world with proper nutrition.

Her TED Talk, “A Secret Weapon Against Zika and Other Mosquito-borne Diseases,” has been viewed more than 44,000 times. Her TEDxCERN Talk, “10 Billion People for Dinner,” has been seen over 16,000 times.

She has served as a science and technology adviser to the U.S. Secretary of State and the U.S. Agency for International Development and served as the founding director of the Center for Desert Agriculture at King Abdullah University of Science and Technology in Saudi Arabia.

Today she is a professor emerita of biology and former Evan Pugh Professor at The Pennsylvania State University. Fedoroff was formerly the director of the Penn State Biotechnology Institute and the founding director of the Huck Institutes of the Life Sciences.

For more information about the event, visit www.caes.uga.edu/about/signature-events/dw-brooks.html. 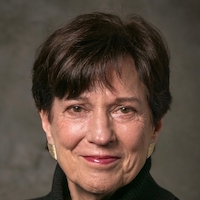