Allison Floyd is the PR coordinator for the Feed the Future Innovation Lab for Peanut, which is headquartered at UGA.
Authors:
Allison Floyd
Experts/Sources:
Koushik Adhikari 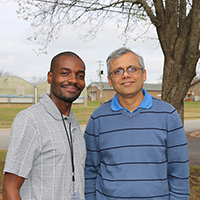