New technologies and constant innovation have allowed the Williams family to grow the size and productivity of their herd while making WDairy, just outside of Madison, Georgia, a model for stewardship and sustainability in the dairy business.

When Georgia Governor Nathan Deal named Williams Georgia Farmer of the Year, he recognized Williams’ lifetime of work and dedication to agriculture.

Williams will represent Georgia at the Sunbelt Ag Expo in Moultrie, Georgia, in October, when the Swisher Sweets/Sunbelt Expo Southeastern Farmer of the Year award is presented.

“It’s a big honor to be chosen,” Williams said. “I just think this a great program because it helps to spotlight agriculture in the state of Georgia.”

Lucy Ray, University of Georgia Cooperative Extension coordinator for Morgan County, nominated Williams because of his family’s dedication to Morgan County agriculture, their family’s agricultural legacy and the land.

Williams, his wife, Carol, and his sons have held many leadership positions in the Morgan County agricultural community over the years, and they are considered leaders in Georgia’s dairy industry at large.

Both Everett and Carol Ann Williams are strong advocates for the dairy industry, spending time talking to civic and youth groups about the impact of Georgia’s dairies and offering tours of their dairy to anyone with an interest.

“I feel that Everett is an ideal farmer of the year,” said Ray, explaining, “He’s got one of the most technologically advanced dairies in the state. Also, Everett is very community minded, and the entire family is involved with the agricultural community statewide … Families like the Williams family being involved in local agricultural and community groups have helped maintain Morgan County’s agricultural character while our county continues to grow and develop.”

Williams' father, John Williams, started farming in Morgan County in the first half of the 20th century.

He converted their family’s land in Morgan County from a cotton farm to a dairy in 1958. Everett remembers the transition and has continued his father’s work since then. The farm now milks 1,700 cows daily, cares for 3,700 head, and feeds them on pasture and silage crops spread over 3,657 acres.

“I remember when I was young, we would milk 50 cows, and that’s grown to where we are today, milking 1,700,” Williams said. “That’s just been the change in the technology and methods we use in the industry.”

The Williams dairy is on the cutting edge of industry standards, and dairy farmers from other states make a point of visiting the farm when they pass through Georgia to see how the family makes use of technology.

In addition to a milking carousel, which allows cows to be milked more efficiently, Williams outfits each of his cows with a fitness tracker (imagine a giant FitBit on a collar) to monitor his herd's well-being in real time. The trackers send an alert to Williams' cell phone if one of his cows is unwell or is ready to be bred. It also allows him to correlate well-being information with milk production.

These innovations are new to his dairy, but the innovative spirit is not. Williams credits his father for understanding the need for research-based farming back in the 1950s.

“We were really fortunate that Daddy was very progressive, kept good records and used good animal husbandry practices like artificial insemination,” he said. “It gave us the basis for a really good herd of cows.”

Williams received a bachelor’s degree in dairy science from the University of Georgia in 1975 and worked at a south Georgia dairy farm for three years before returning to help manage the farm and raise his family. He met Carol while she was pursuing her bachelor’s degree in animal science.

All four children have been involved in the farm throughout their lives, and both Justin and Daniel have returned to Morgan County to help take WDairy into its third generation. 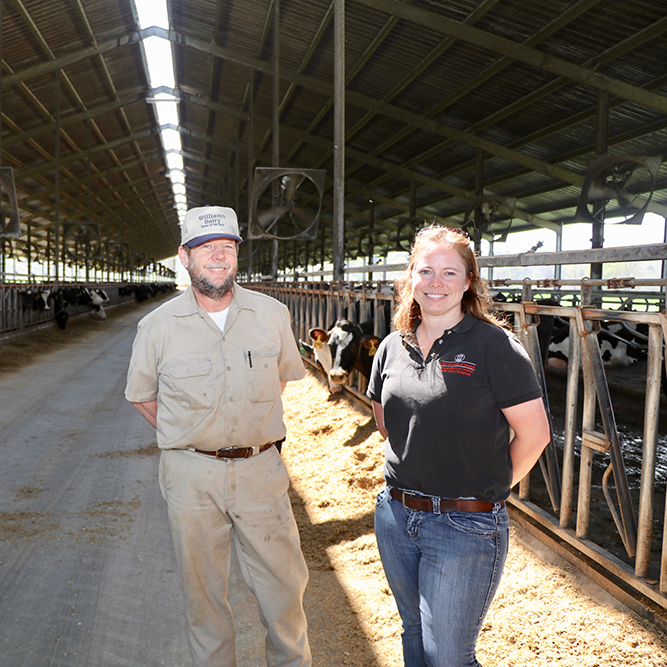 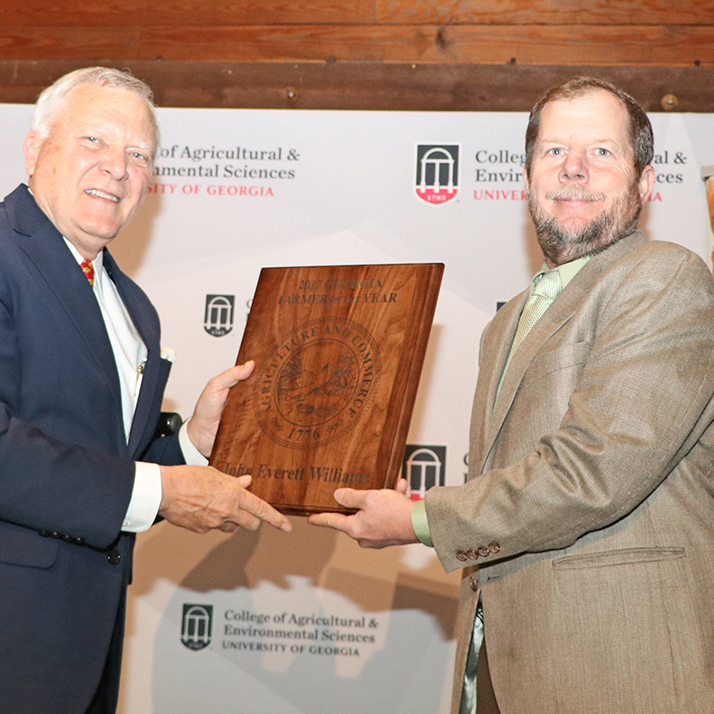 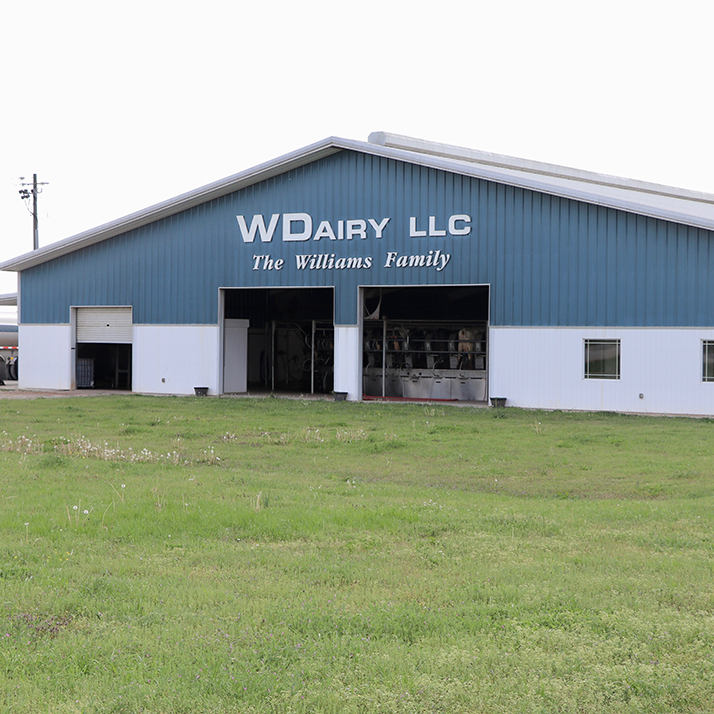