Ron Gitaitis, a plant pathologist with the University of Georgia College of Agricultural and Environmental Sciences, was inducted into the Vidalia Onion Hall of Fame by the Vidalia Onion Committee at the committee’s annual awards banquet, held on Feb. 4 at the Vidalia Community Center in Vidalia, Georgia.

“We also wanted to recognize Dr. Gitaitis’ contribution to the Vidalia industry, especially since the University of Georgia has played a key role in providing critical crop research and helping the industry by providing unbiased, scientific data to the growers,” said Vidalia Onion Committee Director Susan A. Waters, who presented the awards.

Based on the UGA Tifton Campus, Gitaitis researches bacterial diseases on Vidalia onions, and he was the first scientist to discover three species of onion bacteria. He has published numerous reports and journal articles, and he has mentored scientists at UGA and other institutions throughout his career. Many of his discoveries shaped production practices in the Vidalia region. After 37 years of service to UGA, he plans to retire in June.

“Dr. Gitaitis is an instrumental leader of our research and Extension team at UGA. His wealth of knowledge has helped to make my job easier over the years,” said Cliff Riner, coordinator of the UGA Vidalia Onion and Vegetable Research Center and the Vidalia-onion-area UGA Extension agent. “He is very thorough and caring about the direction of his research program, and has mentored many fellow faculty members. We have served on many teams and projects together, and he constantly makes everyone around him better. Dr. Gitaitis is very deserving of the Hall of Fame honor.”

“Mr. Haygood has been a grower with whom everyone likes to work. He comes to work every day with a humble attitude and has developed his knowledge of Vidalia onion production tremendously throughout the years,” Riner said. “He has been willing to serve on the Vidalia Onion Committee, Georgia Fruit and Vegetable Growers Association, and is willing to conduct trials with UGA scientists as well as industry reps. I am glad to see Mr. Haygood receive this award.”

The Vidalia Onion Committee administers the federal marketing order that authorizes production research, marketing research and development, and marketing promotion programs for Vidalia onions. This federal program, along with Georgia state laws that protect the Vidalia onion trademark, have provided a legal framework for the industry.

For more information about the Vidalia Onion Committee, visit VidaliaOnion.org. 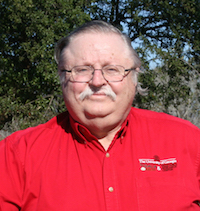