Sweet tea may be the “house wine” of the American South, but very, very few of the tea leaves used in the thousands of gallons of tea Southerners drink every year is grown nearby.

Despite experiments in tea farming in the Southern U.S. dating back to Colonial times, this temperamental cousin of the camellia has never caught on as a cash crop. However, with growing interest in craft teas and innovations in breeding and harvesting technologies at hand, it may be time for the American South to start supplying their families’ pitchers with locally grown tea.

“Tea, or Camellia sinensis (L.) Kuntze, has been grown here, but for some reason – the cost of processing, the cost of cultivation, the cost of labor – it’s never become a large-scale crop,” said Donglin Zhang, a professor of horticulture in the University of Georgia’s College of Agricultural and Environmental Sciences who is working to bring large-scale tea production to the U.S.

Today, tea harvesting has been mechanized, and the demand for tea has grown. U.S. sales grew from $1.8 billion in 1990 to $10.8 billion in 2014, according to the Tea Association of the U.S.A. That market trend, combined with consumers’ growing preference for locally sourced products, may mean that it’s finally tea time in the U.S. South.

Currently there’s only one large working tea farm in the U.S. – the Charleston Tea Plantation outside of Charleston, South Carolina. A new farm is under development in Mississippi, and Zhang feels that there will be more coming online in the near future.

“Consumption has gone up, prices have gone up and the mechanical harvesting techniques have improved,” Zhang said. “This is why I think it could work here.”

Zhang has a long history as an ornamental plant breeder. He was drawn to tea and Camellia species as ornamental plants. His breeding program focuses on producing plants that serve two purposes: food and beauty.

“People today have smaller yards, and I think there is interest in plants that have multiple purposes,” he said.

He’s traveled to China to collect varieties of persimmon, jujube and waxberry to use as parent plants for Georgia-adapted ornamentals.

With delicate foliage, variegated leaves, bright blooms in the form of camellia flowers and the prospect of a homegrown cup of tea, tea plants are also part of his ornamental breeding program.

Then he thought, “If tea plants could be successfully grown in a yard, why couldn’t they grow on farms?”

Many of the tea plants grown for beverage production are notoriously cold-sensitive and don’t tolerate the rapid temperature changes that we see in Georgia. Zhang is working to breed more cold-tolerant plants that also produce a distinctly delicious Southern tea.

Today, Zhang has a selection of nine tea cultivars growing at the Durham Horticulture Farm outside UGA’s Athens Campus, and he plans to add more varieties to his breeding programs soon.

In late 2016, Zhang toured China’s tea-producing regions with plant breeders from other Southeastern land-grant universities as part of a program organized by the U.S. Department of Agriculture and the Ministry of Agriculture in China. The trip was paid for, in part, by a faculty travel grant provided by the CAES Office of Global Programs.

With a 3,000-year history and about 2.8 million acres of land devoted to tea production, Zhang and his colleagues hoped that tea experts in China could help them determine what they needed to make tea work in the Southeast.

The team was able to identify several dozen varieties out of the 4,000 currently being grown commercially in China that they believe will grow well in Georgia and throughout the South. Zhang hopes to add those varieties to his breeding program in the future. 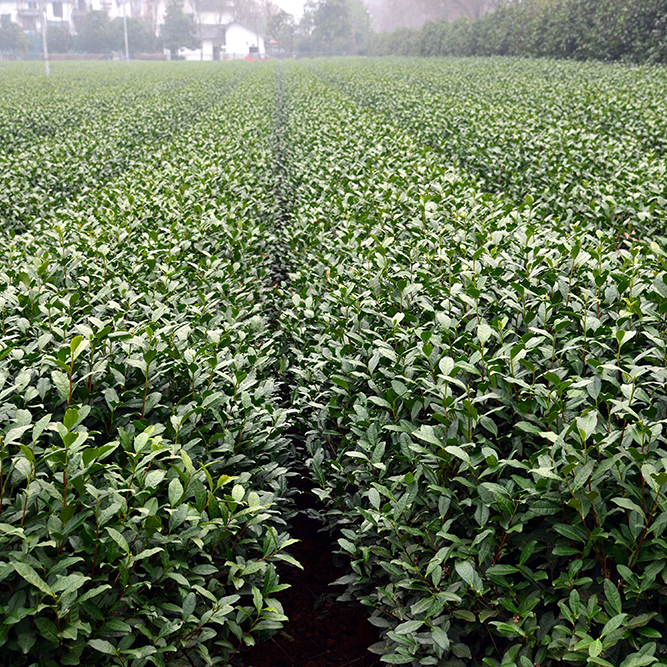 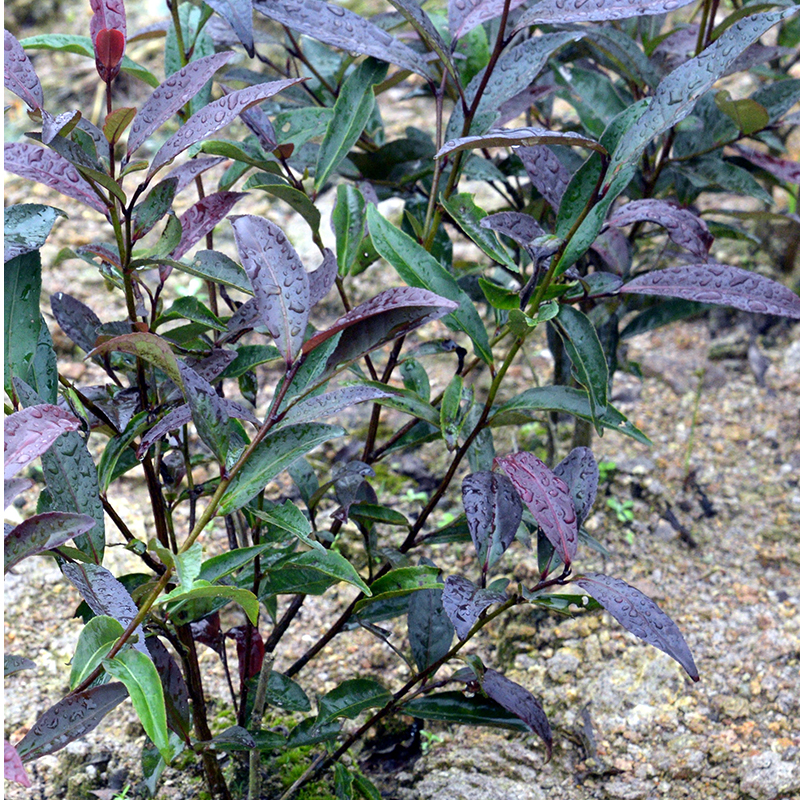 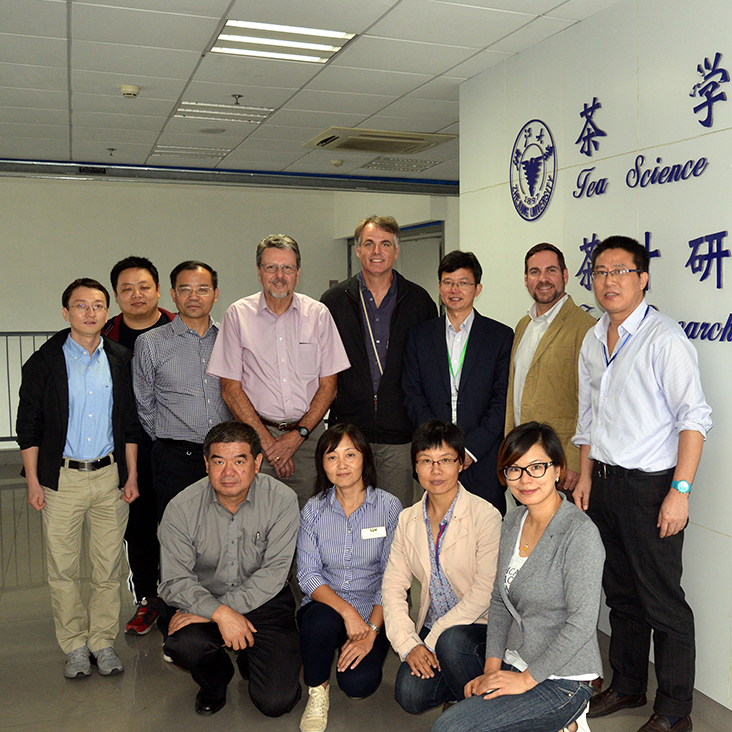