Projects ranging from research to control downy mildew on grapes in the Southeastern United States to developing software for U.S.-based specialty crops that may ultimately lead to enhancements in the use of precision irrigation were among the focus of the 11 UGA College of Agricultural and Environmental Science faculty members who received grants from the Faculty International Travel Funding Program last spring from the Office of Global Programs for summer travel.

“We provide seed funding to catalyze international engagement,” according to OGP Director Amrit Bart. “Our goal is to encourage the face-to-face interactions that are the necessary first step in developing long-term collaborations.”

This fall, faculty in the fields of crop and soil science and entomology will travel to Qatar, Mexico and Brazil to explore research and grant opportunities with their international colleagues.

“During our two days of meetings with Dr. Tito Caffi at the Università Cattolica del Sacro Cuore in Piacenza, Italy, I learned a great deal about his efforts to build his unit into a major wine grape research facility,” according to Phil Brannen, a plant pathology professor. “Dr. Caffi is developing, in conjunction with other collaborators, a comprehensive model for the production of wine grapes, to include downy and powdery mildews, black rot, and other pathogens.”

In addition to establishing plans for future research projects, Brannen and Caffi are also exploring internship opportunities for UGA students.

In the case of Matthew Chappell, an assistant professor of horticulture, the travel grant allowed him to learn to use software he had “stumbled upon” last year while attending a conference in Spain.

“Most major granting agencies are requiring some form of life cycle assessment as part of the proposed research methodology, but there are only a few people in the U.S. specializing in this area,” according to Chappell. “When I learned about the software package ‘eFoodPrint,’ and learned that it also was relatively inexpensive, I knew I needed to learn how to use it and to collaborate with the developers on additional projects.”

Those additional projects include a project exploring the use of wireless, sensor-based precision irrigation to reduce the amount of water and fertilizer used by specialty crop producers.

The faculty awarded international travel grants for this fall include Monique Leclerc, a Regents Professor in the crops and soil sciences department, who traveled to Qatar in October to establish an experimental site in one of the Middle East country’s most threatened natural ecosystems.

“Our goal is to set up a flux tower—the first ever established in the Middle East—that will collect data on carbon dioxide exchange rates between the earth and atmosphere,” Leclerc explained prior to her trip. “Because of the site we are proposing, we will be able to examine the resilience of the ecosystem to climatic and anthropogenic stressors.”

Additionally, Leclerc planned to explore research opportunities involving assessing the potential for wind energy-siting studies and the monitoring of evapotranspiration in Qatar’s capital, Doha, as part of determining the city’s water resource needs.

Entomology professor Mike Adang plans to travel to Recife, Brazil, in December to explore new ways to control the Southern House Mosquito, which is known to transmit St. Louis encephalitis virus and West Nile virus in the U.S. and lymphatic filiariasis, a disease commonly known as elephantiasis, in other countries, including Brazil.

Because the mosquitoes have begun to develop resistance to the biopesticide most commonly used to keep them in check in Brazil, Adang will meet with colleagues at the Centro de Pesquisas Aggeu Magalhães, Fundação Oswaldo Cruz to begin research that will search for new toxins in biopesticides that might control the mosquitoes.

Carrie Furman, an assistant research scientist in crop and soil sciences, will collaborate with an international group of social and physical scientists in Northern Quintana Roo, Mexico, to begin a sustainable agriculture and food-hub related project that is designed to enhance the local food system’s ability to provide produce and other products to American and European tourists that have begun to travel to the barrier island of Holbox. 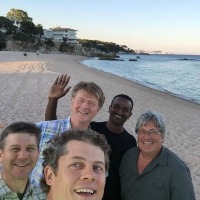