When University of Georgia plant geneticist Andrew Paterson began searching for lines of sorghum that might survive in some of the most parched places in the world, he didn’t plant trials in the desert.

He started out by researching which plants could survive a winter in Georgia.

“We don’t see a lot of correlation between surviving cold and surviving drought,” Paterson said.

But when sorghum that could withstand a Georgia winter was planted half a world away, the results were stunning: 48 percent survived eight months without rain in the north African nation of Mali.

Paterson, a Regents Professor in UGA’s College of Agricultural and Environmental Sciences, heads up the Feed the Future Innovation Laboratory for Climate-Resilient Sorghum. The $4.98 million U.S. Agency for International Development Feed the Future project is aimed at creating varieties of sorghum that can survive extreme drought and appeal to those who eat the cereal as part of their traditional diet.

Sorghum – a crop sometimes called the “camel of cereals” because of its ability to withstand drought – requires about one-third less water than wheat and half of the water maize needs. It is a native plant and traditional staple crop in some African countries where climate change is exacerbating food insecurity, so providing farmers with an even more drought-resilient sorghum could give them a crop to count on, even in the driest years.

In the U.S., sorghum is used mostly for animal feed and fuel. It’s also a component in syrup and gluten-free versions of otherwise starchy products (like beer), but it’s not a major food crop.

“It’s just not part of our culture,” Paterson said. “But sorghum is an important food in parts of Africa, where some people may receive 30 percent of their daily calories from it. It may be compared to rice in some Asian cultures.” In its third year, the climate-resilient sorghum project has made progress in its mission to use genomics tools to create even hardier varieties of sorghum, all the while promoting sustainable farming by preserving and restoring soil and water resources.

The work started in Georgia when Paterson began to look for sorghum lines that could grow perennially.

Like most cereal grains, sorghum is an annual, producing seeds and dying at the end of each growing season, only to start again from seeds in the next season. This requires farmers to till and replant each year, disturbing the soil each time. Minimizing that soil disruption can curtail erosion and keep topsoil in place.

Growing trials in Georgia and coordinating with The Land Institute’s Stan Cox in Kansas, Paterson started to see which lines of sorghum could survive the cold of winter, a first step to see which lines might live weeks without rain.

A student working with Paterson and Cox, Wenqian Kong, chose about 100 lines that had favorable yield and other properties, and a collaborator in Mali, Eva Weltzien with the International Crops Research Institute for the Semi-Arid Tropics (ICRISAT), took over.

“She planted the lines about June, and they went through their normal growing season. Then, they had an eight-month period with absolutely no rainfall. About 48 percent of the lines had some survival,” Paterson said.

Now, Paterson and colleagues are looking for diagnostic DNA markers in those survivors that might help them select for the resiliency trait without enduring another eight-month dry season.

The ability to survive both cold and drought is connected to the plant’s ability to make rhizomes, underground shoots that may seem like roots, but are actually stems that can store energy for the plant and grow into an above-ground stem.

Its ability to grow rhizomes led Paterson to another plant that might lend some of its resiliency to sorghum: Johnsongrass.

Considered by farmers and gardeners to be a noxious weed, Johnsongrass is prolific at growing rhizomes, spreading itself into fields and garden plots and pastures throughout the U.S. Looking to give a small portion of that ability to sorghum, Paterson used “backcrossing,” a traditional breeding process that repeatedly introduces a desired trait into a cross between two plants.

“We made a backcross to sorghum, so the progeny are 75-percent sorghum, 25-percent Johnsongrass,” he said.

The progeny flowered at the wrong time for Africa, but proved the concept that the Johnsongrass trait could be transferred into sorghum.

The discovery couldn’t come at a better time.

The countries of sub-Saharan Africa – where sorghum is a traditional crop – are some of the most vulnerable in the world to climate change. Drought has always been a concern, but now prolonged and extreme drought has become the worry.

In 2015, Ethiopia was gripped in a drought so intense that Paterson’s partners there couldn’t test drought tolerance of new varieties.

“They had no irrigation, so they were dependent on rainfall that they just weren’t getting. They made a judgment call that they didn’t want to lose the seed, so they didn’t plant that year,” he said. “They had enough rain this year, and the experiment is going well. It is sort of ironic that it is a challenge to study drought in certain places because drought has gotten so bad that even sorghum isn’t going to make it.”

By the end of the project in 2018, plant breeders in Mali, Ethiopia and elsewhere in Africa will have adapted lines of sorghum that are based on their local varieties, but with new mechanisms of drought resiliency bred into them.

“That will be the biggest single deliverable of the project,” Paterson said. “It is also important that we were able to get the perennial lines through both cold seasons and dry seasons. Our African partners will continue to work toward creating perennial lines that can get multiple crops from a single planting.”

The plant’s simplicity attracted him. Its potential keeps him intrigued.

“Among cereals, sorghum has a relatively small genome, which was useful for genomics studies,” he said. “But it has some interesting features, including climate resilience.

“Drought tolerance is only going to become more important over time.” 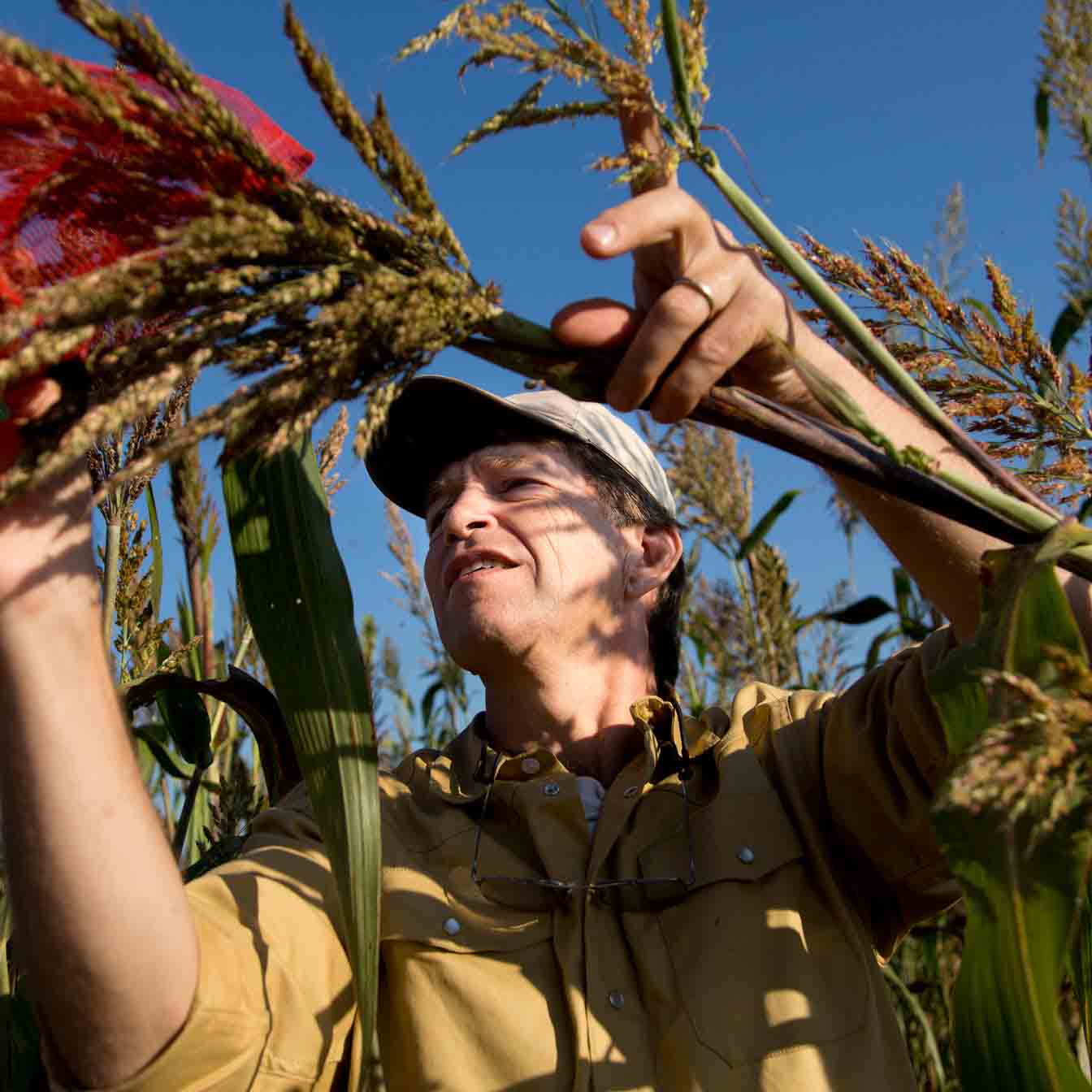 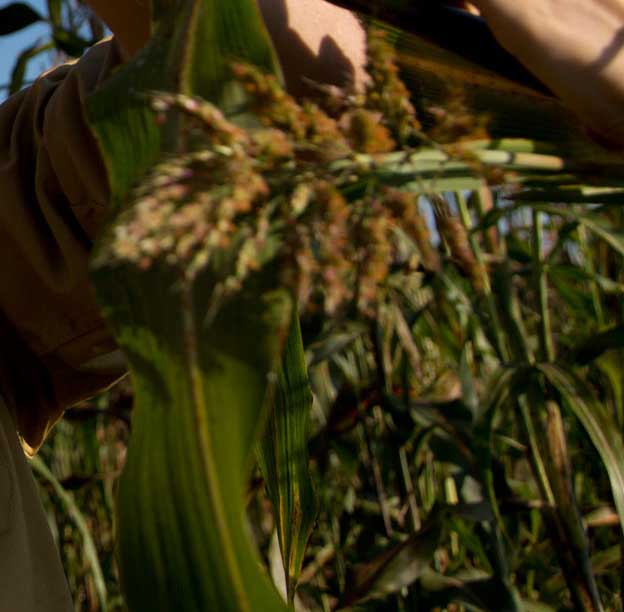