All successful farmers have the curiosity of a scientist in them. For John McCormick, Georgia’s 2016 Farmer of the Year, that curiosity has helped make his farm one of the most successful in the state.

Every year, McCormick devotes part of his 1,000-acre row crop operation near Sylvania, Georgia, in Screven County to an experiment. A change in peanut row spacing this year, a new variety next year — each year he works to make his operation a little bit more efficient.

Sometimes the experiments work and sometimes they don’t, but in total, they’ve helped him make the most of his land, and his progressive approach has earned him the recognition of Georgia’s farming community.

“I didn’t know it all, I still don’t and I never will,” said McCormick, who’s been farming for 40 years. “If you wake up in the morning and you don’t have a goal, that’s when you’re in trouble.”

He, his wife, Paula McCormick, their four sons and their families will travel to Moultrie, Georgia, next week for the Sunbelt Agricultural Expo to find out if he has won the Swisher Sweets/Sunbelt Expo Southeastern Farmer of the Year award.

For McCormick, who was nominated by Ray Hicks, University of Georgia Cooperative Extension Screven County agent, winning the Southeastern Farmer of the Year award after farming for three decades would be nice, but like most farmers, he doesn’t do what he does for recognition.

His goal has been to keep his farm going and profitable and to pass that farm to his four sons, one of whom — Josh McCormick — works with his father growing cotton, peanuts, soybeans and corn.

“I guess you could say one could write a book on the reasons why I farm,” McCormick wrote in his application. “The love for the land, nature and for all the challenges farming brings each and every day are just a few of the reasons I chose farming for me and mFwiy family ... Each day is different and situations arise that must be addressed in order to achieve success.“

Over the years, McCormick has built his farming career by overcoming those challenging situations. He battled erosion by adopting conservation tillage practices, planted pine trees on his least productive acres and abandoned animal agriculture after losing his 100-sow swine herd to gastroenteritis.

Currently he and Josh are working to maximize the production of the row crop land by using variable-rate irrigation and fertility monitoring equipment, he said. They’ve seen great advances with the addition of data-driven farming technologies and further improved varieties. But the McCormicks don’t adopt every new technology that comes along.

“We’re going to test to see what works best on this farm because it may be different just 30 miles down the road,” he said. “We need to pick the products that are going to work for us.

“Dating back to my childhood, I remember my father experimenting with new technologies such as drain tile, irrigation and swine farrowing house design,” he added. “For me, irrigation monitoring devices, corn, cotton, peanut, soybean and sillage test plots have always been performed.”

McCormick and Hicks have worked together on many on-farm research projects over the years, and he’s proud to have played a hand in McCormick’s success, whether by providing the most recent research from UGA or by acting as a sounding board for new ideas.

“John is one of my very progressive farmers,” Hicks said. “He is always looking at what will be efficient and profitable for his operation. He looks to UGA research for new ideas. It is an honor to have him as one of my producers in Screven County to and see him recognized for his practices.” 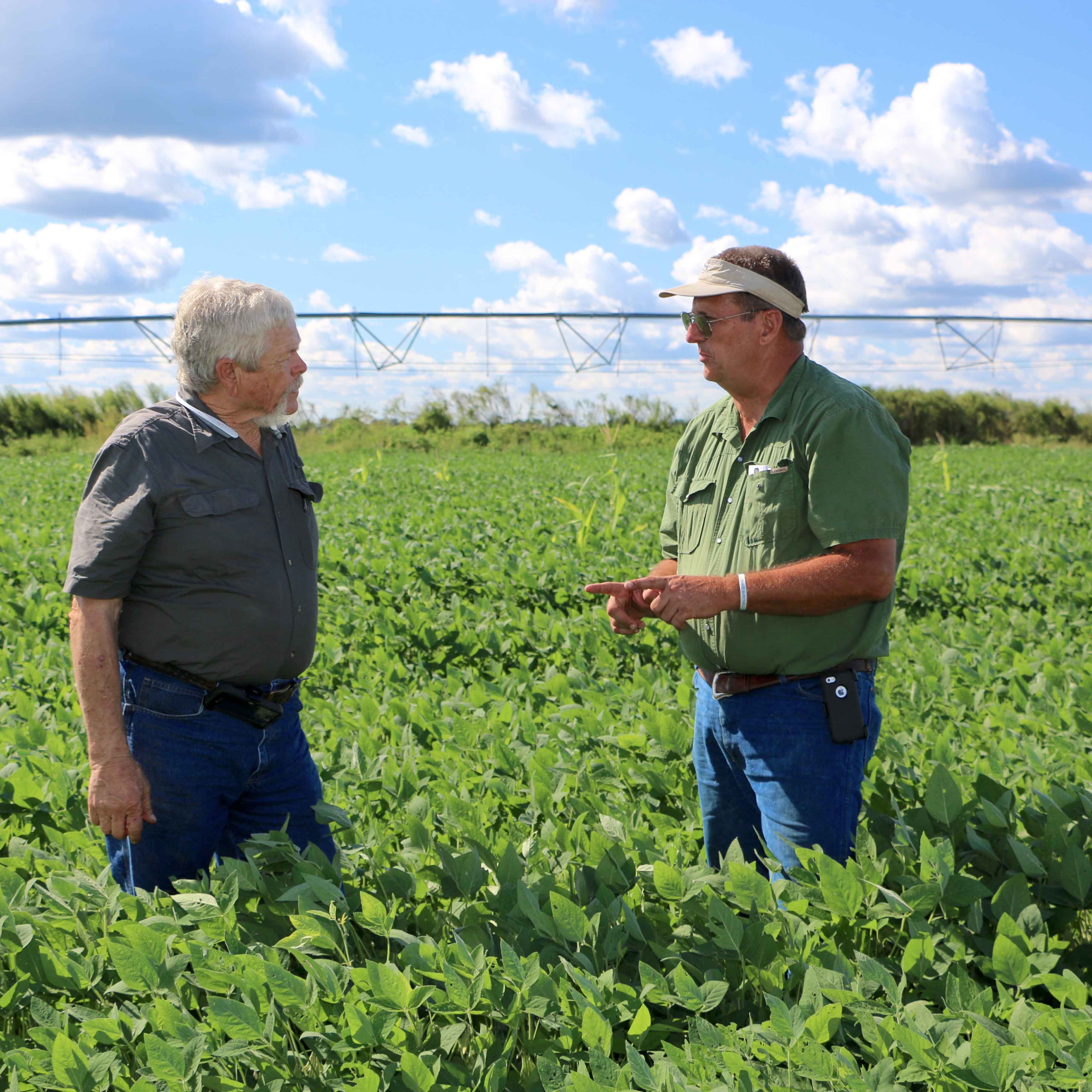