School is back in session in most parts of Georgia, and many families are returning to their normal routines. But less time chasing summertime adventures may mean more time consuming news and, unfortunately, new stories about the Zika virus.

While it’s vital that Georgians do what they can to minimize mosquito populations on their own property and to avoid unnecessary mosquito exposure, it’s important to keep the risks in perspective.

While the news broke last week of 15 cases of locally transmitted Zika in a 1-square-mile area in Miami, local transmission of the virus in south Florida was not unexpected.

The area is home to significant populations of the primary vector of Zika virus — the yellow fever mosquito, Aedes aegypti — and is home to many people who travel to areas of active transmission in South and Central America, the Caribbean and Mexico.

While Georgia is home to only 42 of more than 1,818 travel-related Zika cases reported in the U.S., Georgia’s population of Zika’s primary carrier — the Aedes aegypti mosquito — is unusually low, according to surveillance conducted by Rosmarie Kelly of the Georgia Department of Public Health.

Georgia's population of the yellow fever mosquito can accurately be described as a remnant population.

This summer’s drought conditions have not been conducive to the development of significant mosquito populations over large areas of the state. As a matter of fact, most of northern Georgia was being classified as being under “extreme drought” through the end of July. However, recent rainfall has provided some relief to large parts of the state and the extended forecast includes significant rain chances for the foreseeable future.

With this in mind, it is important that everyone eliminates standing water that has collected in backyard toys, planters, tarps and trash. This standing water can house mosquito eggs around our homes and neighborhoods. Standing water that cannot be eliminated should be treated with Environmental Protection Agency-approved larvicides, which are available at local hardware stores. Residents maintaining rain barrels are reminded to make sure that all access points to the barrels are sealed with screening or that the water is treated with a larvicide.

While the rain may boost the populations of some the 60 or so nuisance mosquito species that live around Georgia homes, it should also reduce the population of the mosquitoes that carry West Nile virus, the southern house mosquito, Culex quinquefasciatus.

The southern house mosquito often develops in standing water in the storm drain system, and the larvae are flushed from their habitats by runoff from significant rain events.

Before the recent rains, mosquito control and public health officials were finding significant populations of West Nile virus-carrying mosquitoes. The DeKalb County, Georgia, Public Health Department, one of the few entities in the state conducting West Nile virus surveillance, reported several sites where the virus had been found in mosquito populations.

These sites were evaluated for mosquito activity and larvicide was applied. The peak season for West Nile virus transmission in Georgia is Aug. 15 to Sept. 15, so Georgians are encouraged to avoid mosquito bites through the use of loose-fitting, light-colored clothing and the use of EPA-approved repellents on exposed skin.

Elmer Gray is a Cooperative Extension entomologist with the University of Georgia College of Agricultural and Environmental Sciences. 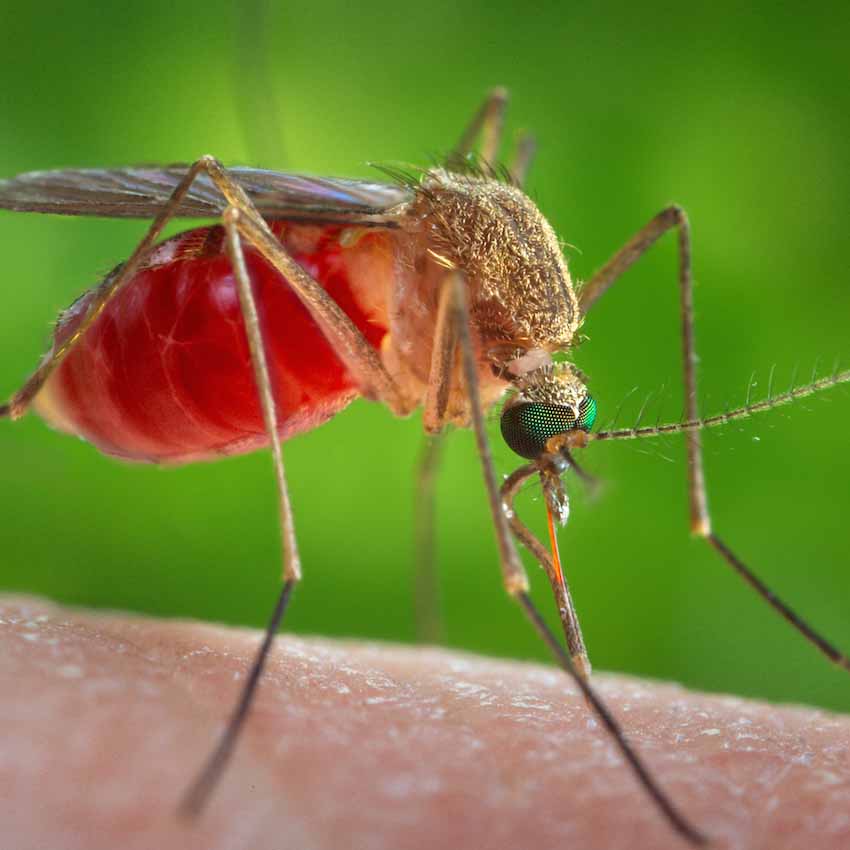