Many college students become nannies during school to help ends meet, but Kayla Alward — a rising fourth-year student at the University of Georgia — prefers to cow-sit.

Alward, a Guyton, Georgia, native who is majoring in animal and dairy science in the UGA College of Agricultural and Environmental Sciences, works as the calf caretaker at the CAES Teaching Dairy. The job – making sure the dairy’s dozens of calves are safe and healthy – sometimes runs 24 hours a day, and her dedication to her charges earned her this year’s Student Employee of the Year award from the UGA Career Center.

Alward was also the winner of the Southern Association of Student Employment Administrators’ (SASEA) Student Employee Award, part of the SASEA regional competition, which covers student employees from 12 states. This is the first time a UGA student has won the regional award. She was presented with a check for $1,000 from SASEA along with two plaques representing her UGA and regional wins.

There are more than 5,000 student workers on the university’s Athens Campus, so the competition is very intense for these year-end awards, said Aaron Brown, student employment manager at the UGA Career Center.

“UGA departments function at a much higher level with the hard work and energy of students,” Brown said.

As a student worker at the teaching dairy, Alward oversees the daily care of the calves, creates the schedules for other students who work at the dairy and develops treatment protocols for ailing calves.

“In other words, she is in charge of the next generation of the UGA Dairy Farm,” said Mike Mathis, farm manager at the UGA Teaching Dairy. “This next generation currently exists as a group of newborns that require twice-daily bottle-feeding, constant monitoring, attention to detail and willingness to make tough decisions.”

Mathis and Jillian Fain Bohlen, an assistant professor of animal and dairy science who uses the dairy for classes and for research, nominated Alward for the award.

For Mathis, it was fall 2015 when Alward’s dedication to the dairy’s Holsteins became fully evident.

A disease swept through the dairy’s calf population, and Alward worked day and night treating her calves and nursing the ones she could back to health. She worked with UGA veterinarians to develop treatment programs for the calves and new biosecurity protocols to prevent that kind of outbreak from happening again. This included developing new treatment methods and new calf-worker routines as well as implementing a biosecurity program and strategic design methods to reduce spread of the illness.

“Few other student employment opportunities require this level of dedication and heart,” Mathis said. “Punching in and out of the clock did not matter to Kayla; these calves were her responsibility and she stayed the course unrelentingly.”

Alward, who lives on the dairy farm, often fills in for other students who miss their calf-care shifts. As the resident caretaker, she is responsible for checking on cows in the early mornings and late at night during calving season.

In addition to working with animals, she also manages the farm’s records and maintains the herd’s registration with Holstein Association USA.

After graduation, Alward plans to attend graduate school for dairy reproductive physiology. She is a 2013 graduate of South Effingham High School in Guyton, Georgia.

Aaron Brown is the student employment manager for the University of Georgia Career Center. 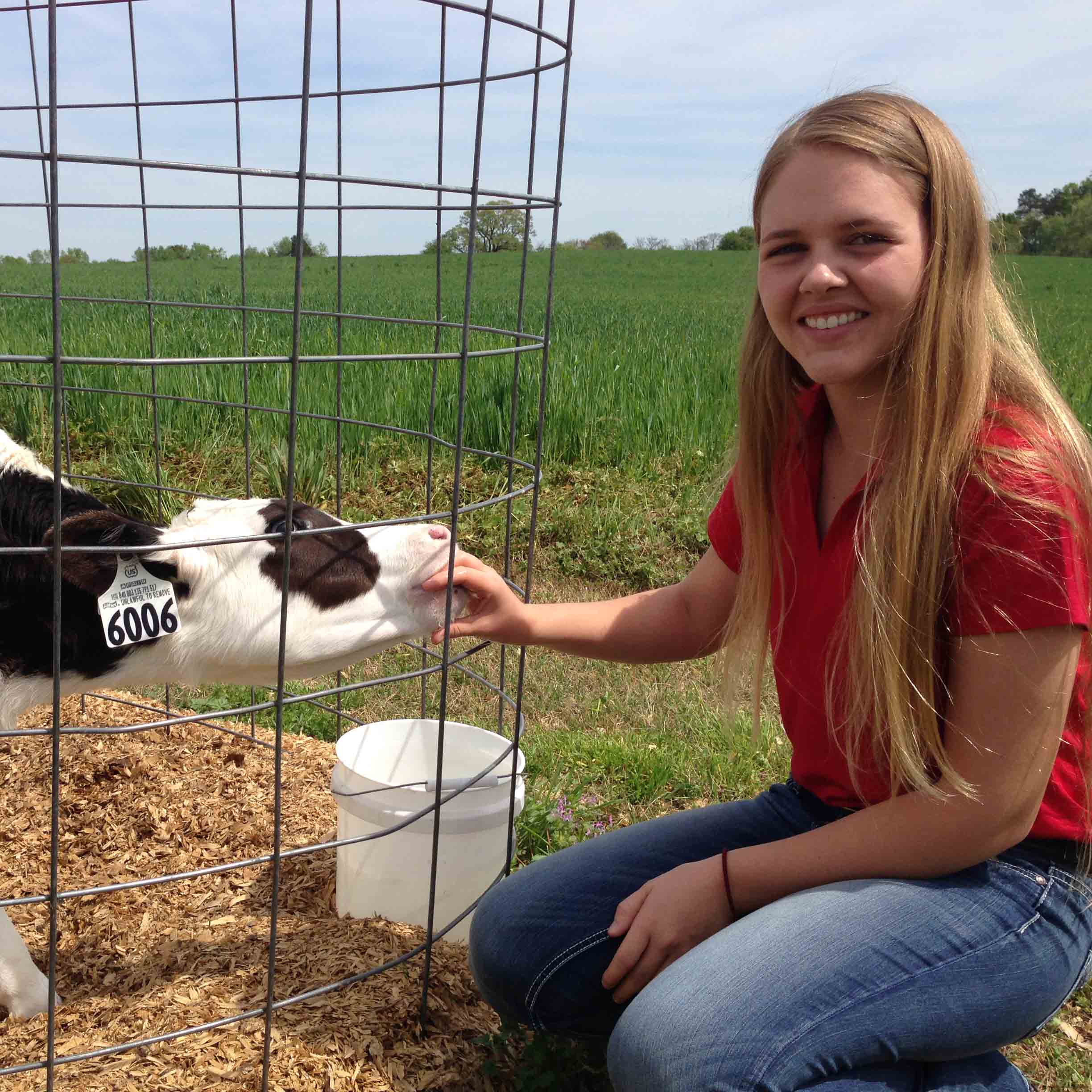