Researchers trace peanut crop back to its Bolivian roots

Researchers at the University of Georgia, working with the International Peanut Genome Initiative, have discovered that a wild plant from Bolivia is a "living relic" of the prehistoric origins of the cultivated peanut species.

The peanut that is grown by farmers today is the result of hybridization between two wild species. The hybrid was cultivated by ancient inhabitants of South America and, by human selection, was transformed into today's plant crop.

Comparisons of the DNA sequences of one of the wild species and the cultivated peanut showed that they are almost exactly the same; in fact, they are 99.96 percent identical. It's an unprecedented similarity.

"It's almost as if we had traveled back in time and sampled the same plant that gave rise to cultivated peanuts from the gardens of these ancient people," said David Bertioli, an International Peanut Genome Initiative, or IPGI, plant geneticist of the Universidade de Brasília, who is working at UGA.

This discovery forms part of a study that appears in this month's Nature Genetics journal, published by the UGA-led IPGI. Scott Jackson, director of the UGA Center for Applied Genetic Technologies in the College of Agricultural and Environmental Sciences, serves as chair of the IPGI. Bertioli is lead author on the paper.

Because its ancestors were two different species, today's peanut carries two separate genomes, designated "A" and "B" subgenomes. Their high similarity means they are very difficult to map out separately when sequencing the cultivated peanut genome. So, as a first step, researchers built their models using the two wild, ancestral peanut species collected by botanists in the wooded foothills of the Andes, in Bolivia and Argentina, decades ago.

The genome of one of them, Arachis duranensis, is about as similar to the A subgenome as could be expected. However, what really caught their attention was that the genome of the other species, A. ipaensis, was found to be virtually identical to the B subgenome.

Soon after its collection in 1971, the botanists who collected A. ipaensis realized that it was a peculiar discovery. The population of A. ipaensis was very small and isolated, and its closest relatives grew hundreds of miles to the north. They questioned how it arrived in the location where they found it growing.

Prompted by the extraordinary DNA identity, the scientists used information from decades-old botanical collections, knowledge of the seasonal movements of ancient hunter-gatherer-farmers and molecular DNA clock calculations to work out that the plants' seeds had almost certainly been transported by humans about 10,000 years ago.

"Everything fit," Bertioli said. "It's the only place where A and B genome species have ever been found growing close together. The region is right next to the region where, even today, the most primitive types of cultivated peanut are grown, and the date is right in the time frame that plant domestication was happening in South America."

The movement of the B genome species into the range of the A genome species allowed for hybridization to occur, probably courtesy of a native bee, and the cultivated peanut species was formed. The rest is history, Bertioli said.

The new peanut genome sequences were released in 2014 to researchers and plant breeders around the globe. Their use of the genome sequence is advancing the breeding of more productive and more resilient peanut varieties. The paper in Nature Genetics represents the first official publication of the IPGI.

The effort to sequence the peanut genome took several years. While peanuts have been successfully bred for intensive cultivation, relatively little was known about the legume's genetic structure because of its complexity, according to Peggy Ozias-Akins, a senior author on the paper and director of the UGA Institute of Plant Breeding, Genetics and Genomics.

The sequences provide researchers access to 96 percent of all peanut genes, and they provide the DNA map needed to more quickly identify and genetically tag genes that confer desirable traits, such as drought- and disease-resistance.

A consortium of peanut growers, peanut shellers, brokers and food manufacturing groups provided $6 million in funding for the genome sequencing effort through The Peanut Foundation.

Victor Nwosu, program manager for Mars Chocolate and chairman of the board of directors of The Peanut Foundation, is enthusiastic about the advances these discoveries will facilitate.

"The peanut genome project will lead to reduction in production costs through development of disease-resistant varieties and improved yield for farmers, speed of selection and release of new varieties for breeders and potential for improvement of nutritional value of peanuts for consumers," Nwosu said. "We are beginning to see these benefits already."

The genome sequence assemblies and additional information are available at peanutbase.org.

The International Peanut Genome Initiative brings together scientists from the U.S., China, Brazil, India, Australia, Japan and Israel to delineate peanut genome sequences, characterize the genetic and phenotypic variation in cultivated and wild peanuts and develop genomic tools for peanut breeding. The initial sequencing was carried out in Shenzhen, China, by the BGI, known previously as the Beijing Genomics Institute.

A complete list of the institutions involved with the project and the other funding sources is available at peanutbioscience.com.

The study, "The genome sequences of Arachis duranensis and Arachis ipaensis, the diploid ancestors of cultivated peanut," will be available online at nature.com/ng/journal/vaop/ncurrent/full/ng.3517.html. 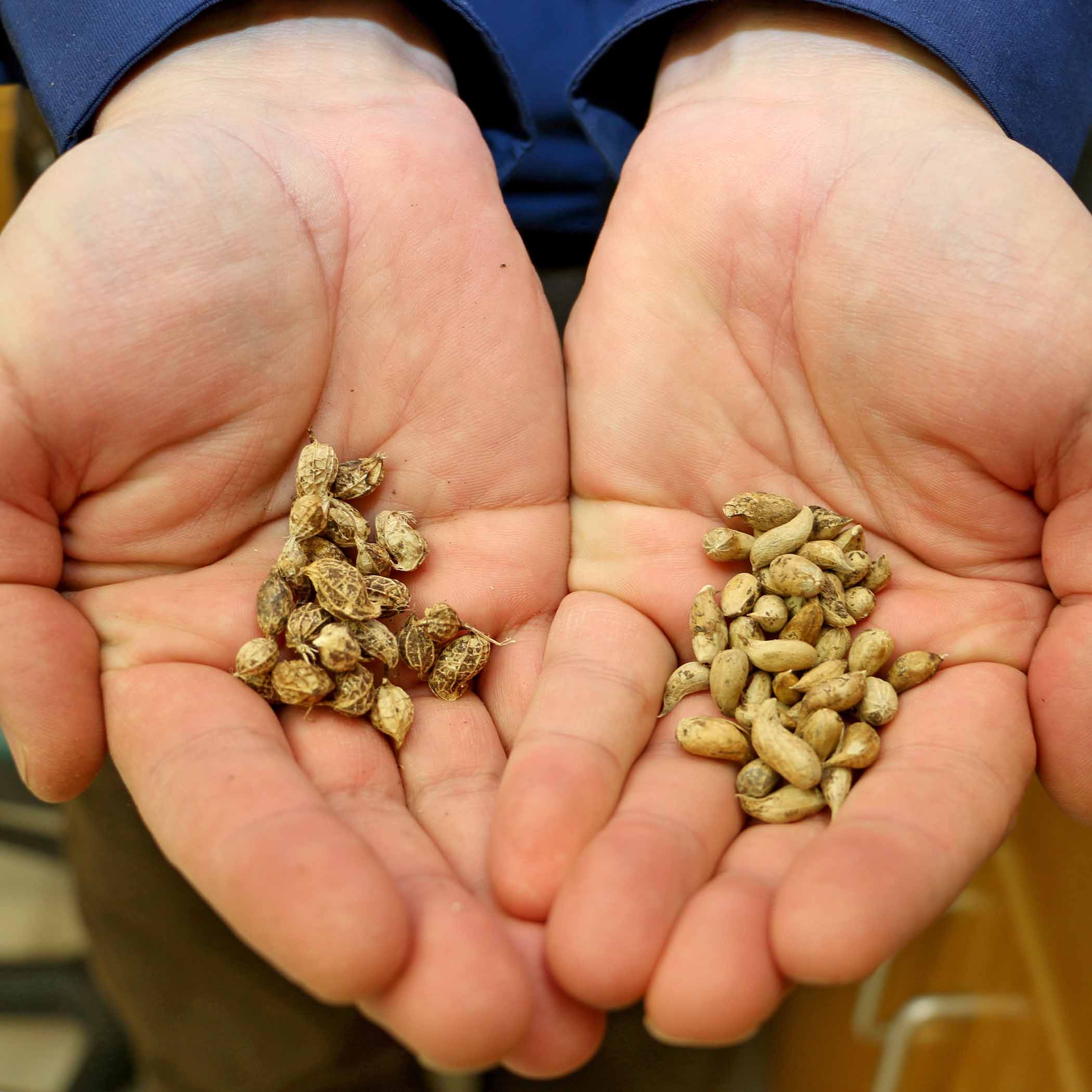 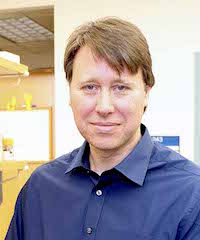