Growing up in Texas, Lew Hunnicutt always dreamed of owning a cattle ranch and being a cowboy. But, thanks to his grandmother’s encouragement, he enrolled in college and eventually earned a bachelor's degree, three master's degrees and one doctorate. He will continue to spend time in academia now as the new assistant provost and campus director of the University of Georgia Griffin Campus.

Hunnicutt joined the university on Nov. 1, 2015, replacing Jerry Arkin, who led the campus for 27 years. He is tasked with guiding the research programs in Griffin as well as the academic program, which is comprised of courses and degrees from five UGA colleges.

This is no small task for someone whose high school graduating class consisted of 10 people. “I was the highest ranking boy,” Hunnicutt said. “But seriously, education opened many doors for a boy from a small town in Texas.”

Hunnicutt comes to UGA from Frank Phillips College in the Texas Panhandle, where he served as vice president of extended services. During his 12-year tenure there, he led the development of two branch campuses and saw enrollment rise on those campuses from 17 students to more than 300 per year.

Building a community-focused academic program is his forte and feels the Griffin Campus is “a great match” for him.

“(When I first heard about the position), I thought UGA was too big. But I now have the power of one of the biggest universities in the state (behind me), and I get to live in a great town like Griffin,” he said.

He calls the preliminary interviews “a grueling process,” but says answering the questions in the allotted six- to seven-minute timeframes was the hardest part. “It was tough for me to do that. I really had to practice, but I got a call the next day from the vice provost inviting me to come to interview. They said I was the most direct person they interviewed,” he said.

Before applying for the position, Hunnicutt strolled the streets of Griffin virtually through Google Maps. After interviewing in Griffin, he gained a feel for the campus. “I saw that this community truly supports the campus. After I interviewed, I really, really wanted this job. I haven’t wanted many things really, really badly, but I wanted this,” he said.

He also interviewed with UGA groups in Athens and Griffin, as well as representatives from the Griffin-Spalding County community. Even Georgia’s mid-August humid weather didn’t discourage him.

As the successful candidate, Hunnicutt made his home in the Spalding County area of Brooks, just a 10-minute drive from the UGA Griffin Campus.

“I grew up in a town of 300 (people), so Griffin is almost metropolitan to me. Everyone I have met has been very friendly and welcoming. I haven’t met one grumpy person yet and that speaks volumes for Griffin,” he said. “I don’t know if all Texans are welcomed as much, but I sure have been.”

Now set to focus on his mission, Hunnicutt says the UGA Griffin Campus has already jumped the biggest hurdle of growing an academic program – getting community support.

“The community has done so many good things for the university and vice versa. There’s so much potential in Griffin, and we already have the community support and that’s what’s tough to get,” he said. “I don’t care how good your programs are, if you don’t have community support, you will not be successful.”

He sees “tremendous potential for growth” in the academic program and plans to target high school students. “I love working and engaging with high school students. I’ve worked with students beginning in as early as fourth grade. They need to know that UGA Griffin is here and that they are going to go to here one day,” he said.

Hunnicutt praises the campus’s recruitment efforts, but says more focus needs to be put on helping high school students prepare for the first two years of college that are required for transferring to the Griffin Campus.

He’s no stranger to university research, the other major focus of his job. He earned an undergraduate degree in animal science and worked with native grasses, range and grazing management of cattle and sheep in graduate school. “I want to be an involved-in-everything kind of guy. I get to be the head of the spear, but I have a whole bunch of people beneath me doing amazing work,” he said.

Hunnicutt has a unique perspective on leading the campus.

“I’m going to approach this like eating an elephant; I’m going to take one small bite at a time and eventually finish it. The learning curve is a straight line, and straight up right now, but I thrive on that. I like to call challenges, ‘opportunities.’ We will always be UGA, but we are developing our own style in Griffin that includes the research and academics. From a research standpoint, the 128-year history has made us one of the best and let’s face it, there’s no other better place to get a degree than UGA.”

He also plans to work closely with and listen to the UGA Griffin Campus Board of Visitors and the community. “If there is a program we really need to have on the Griffin Campus, let me know. This will allow me to take it up the ladder,” he said. Hunnicutt can be contacted at (770) 228-7263 or lhunnicutt@uga.edu. 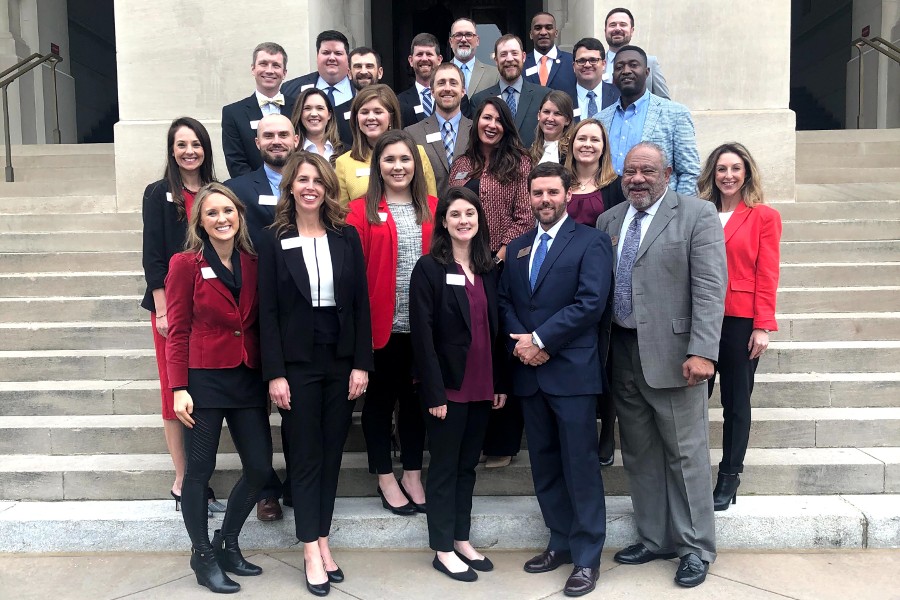 CAES News
Expo showcases cutting-edge agricultural advances 10/27/21 Claire Sanders
Following the cancellation of 2020’s event, nearly 90,000 attendees were excited to return to Spence Field for the 2021 Sunbelt Agricultural Expo where they tested out agriculture’s newest technologies, learned about exciting research developments, and interacted with agricultural professionals from across the United States.
Subscribe for Updates