Agricultural lawyer Terence Centner’s focus on current issues and his cultivation of thoughtful debate have made him a favorite instructor at the University of Georgia College of Agricultural and Environmental Sciences.

The Excellence in College and University Teaching Awards for Food and Agricultural Sciences recognize faculty members who maintain outstanding scholarship, exemplary pedagogy and dedication to instruction. Only two national awards were given this year. The other award went to Garey A. Fox, professor and Buchanan Endowed Chair in Biosystems and Agricultural Engineering at Oklahoma State University.

“To be recognized as one of the top teachers out of all the American colleges of food, agriculture, natural resources, human sciences and related fields is a tremendous honor," said Josef Broder, interim dean and director for CAES. “Dr. Centner’s dedication to teaching excellence and his personal commitment to student success are most appreciated by the college and university.”

Since joining the faculty of UGA in 1982, Centner has won several accolades for his teaching, including a 2004 UGA Gamma Sigma Delta Senior Faculty Award, a 2007 UGA Student Government Teaching Award, a 2014 CAES D.W. Brooks Award for Excellence in Teaching and membership in the UGA Teaching Academy.

Centner is also the recipient of an Alexander von Humboldt Stiftung Research Fellowship, the 2014 American Agricultural Law Association Distinguished Service Award and the 2007 CAES D.W. Brooks Award for Excellence in Research. He served as Fulbright Fellow at the University of Mannheim in Germany from 2002 to 2003 and as Fulbright Visiting Professor at the University of Aberdeen in Scotland this year.

He employs the Socratic method in his agricultural and environmental law classes, which require students to learn how to formulate responses to questions, observe how others handle challenging inquiries and prepare themselves for their future careers.

A leader in curriculum development, Centner proposed and helped to develop three majors, three minors and one certificate, as well as accelerated bachelor’s and master’s degree programs. He has presented seminars at 27 foreign universities.

Centner is a founding member of a planning subcommittee that developed an online agricultural and environmental law certificate program for AG*IDEA, a national consortium offering online programs. He is a national expert in agricultural and environmental law. The trademark protection for Georgia’s Vidalia onions resulted from his research efforts.

“Educating students and inspiring young minds is at the very heart of the public universities’ mission,” said Ian Maw, vice president of food, agriculture and natural resources at APLU. “The impact that educators have on their students can last a lifetime, and these awardees have helped their students realize their aspirations and serve as an inspiration to fellow educators.”

(The Association of Public and Land-grant Universities contributed to this release.) 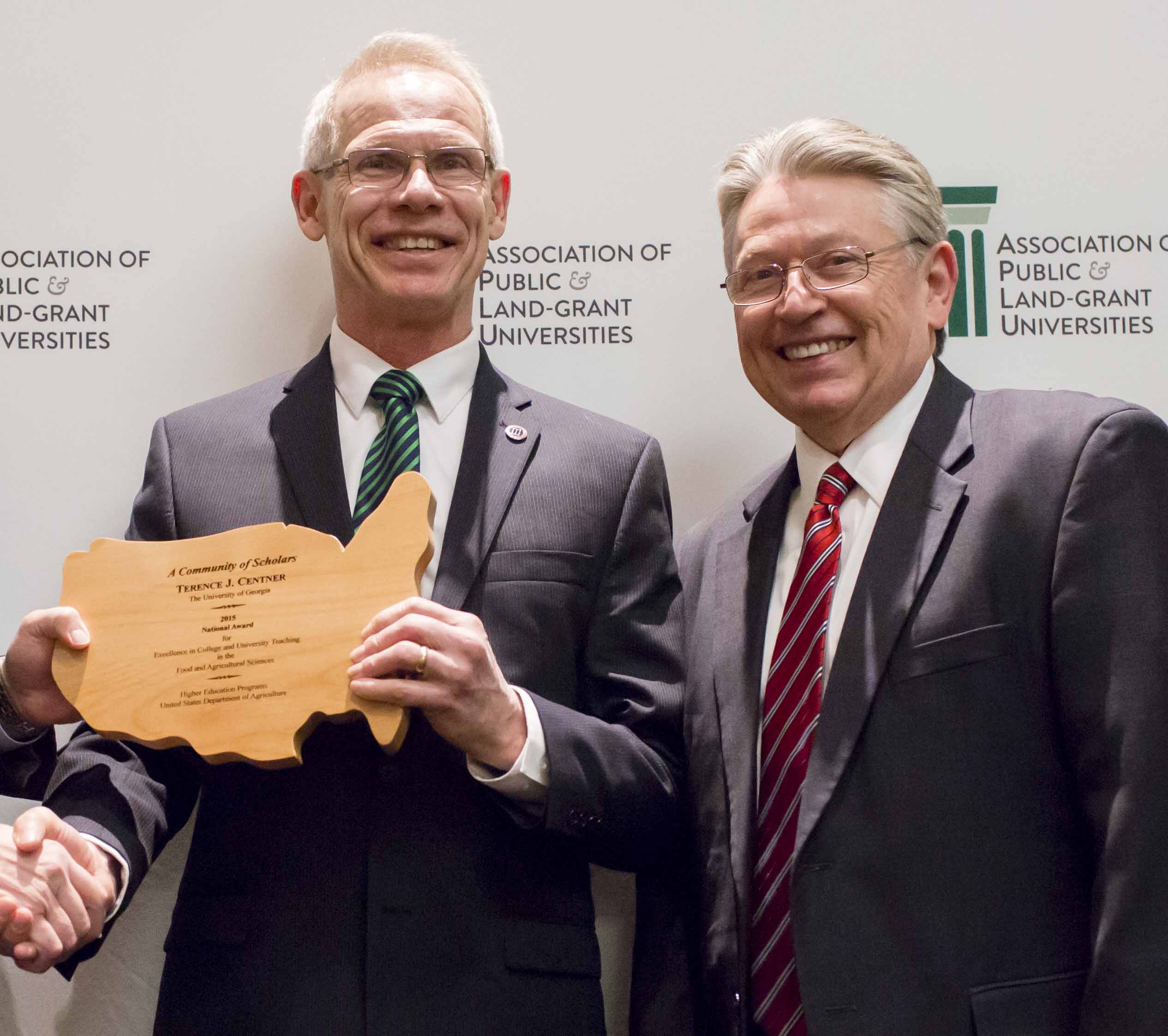