Georgia only produces a few hundred acres of pumpkins, and an estimated 80 to 90 percent of those are grown in north Georgia, he said. Most pumpkins grown in Georgia are sold as decorations, and pumpkin growers in north Georgia sell most of those to tourists, Coolong said.

Disease plays a major role in the lack of pumpkins grown in south Georgia. Due to the high temperatures in the region, especially in mid-July and early August, when pumpkins are grown, farmers face disease pressure and are often unable or discouraged to produce pumpkins.

“During those hot temperatures, sometimes we don’t get very good pollination and fruit set,” Coolong said. “In addition, if there were some virus-resistant pumpkins, certainly people could grow more down here and do fairly well at it. But as of now, it’s limited to just a few growers.”

Growers in north Georgia are more likely to grow bigger pumpkins because of the cooler nights in September and October. According to Coolong, in places such as Michigan and Wisconsin, producers can grow pumpkins that weigh more than 1,000 pounds.

“In order to get really big pumpkins, you need cooler nights,” Coolong said. “The cooler night weather allows those pumpkins to get bigger. We can certainly grow pumpkins that weigh several hundred pounds in south Georgia, but to really get a lot of size out of them, it would help if you lived in Blairsville (Georgia) or a similar area.”

Due to adverse weather conditions in the Midwest, pie and jack-o’-lantern pumpkins have been in short supply. The current pumpkin shortage in the Midwest will likely not have a large impact on the market for Georgia farmers, but Georgia consumers could see an increase in prices in stores, at vegetable stands and in pumpkin orchards, Coolong said.

“The conditions in the Midwest have disproportionately affected pumpkins grown for processing compared to traditional jack-o’-lanterns. Therefore, it should not have a large impact on decorative pumpkins in Georgia, which are most common,” he said.

(Tatyana Phelps is a student intern on the UGA Tifton Campus.) 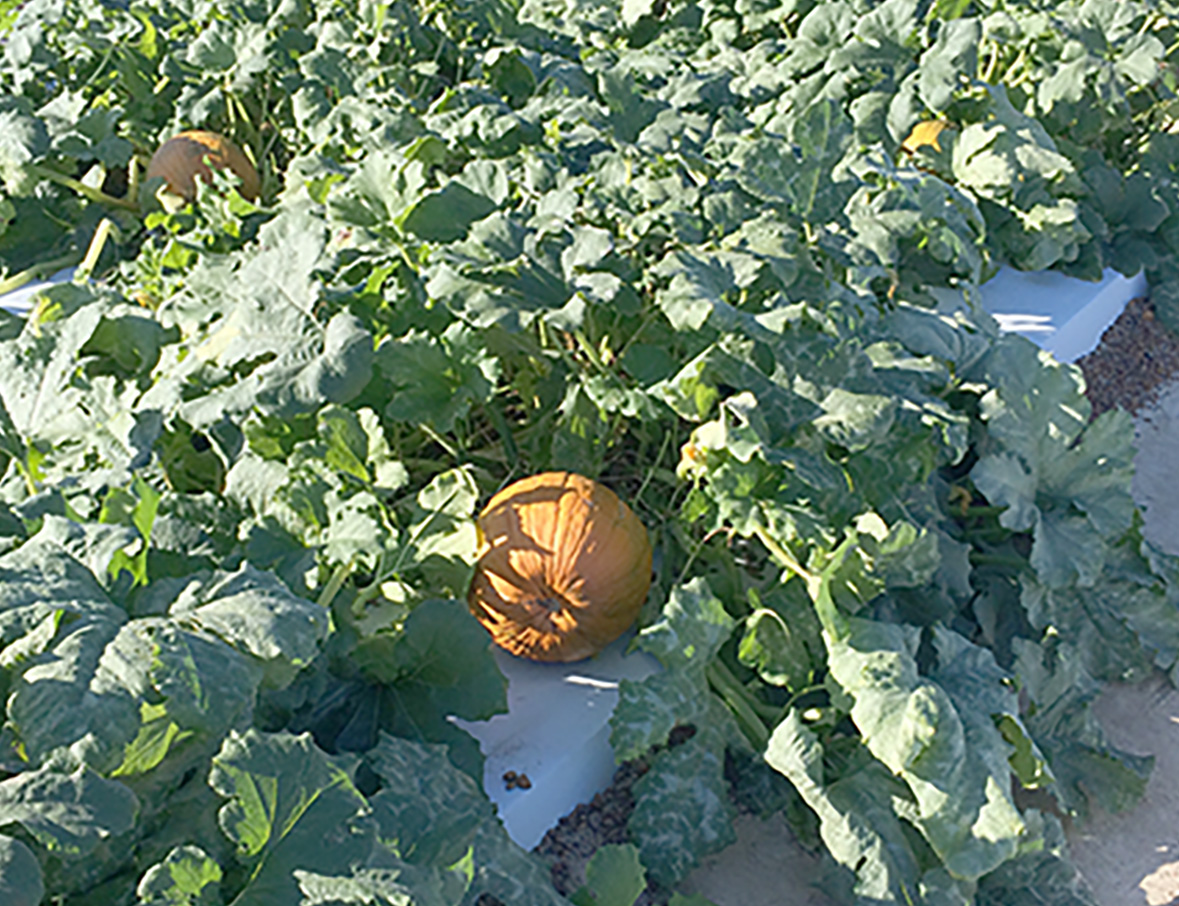