What is the best way to help people in developing countries build food security? That’s the question at the center of University of Georgia agricultural economist Nick Magnan’s research.

Magnan, who joined the UGA College of Agricultural and Environmental Sciences Department of Agricultural and Applied Economics in 2012, was recently tapped by Heifer International to measure the effectiveness of the group’s livestock-transfer outreach strategy. Heifer International is a non-profit that provides livestock to families in developing nations.

Magnan started the study to look at how each piece of Heifer’s program — livestock, technical animal husbandry training and community savings clubs — impacts the lives of participating farmers in Nepal.

He also works with the UGA-based USDA Feed the Future Peanut Mycotoxin and Improvement Lab (PMIL). There he researches the barriers that keep farmers from lowering the amount of carcinogenic aflatoxin in their peanut and corn crops. Aflatoxin is a carcinogenic toxin produced by mold.

Finding out why some agricultural outreach programs work and why others don’t is a critical part of helping communities become more food secure, he said. Figuring out which strategies work and which don’t not only helps broaden the understanding of developing economies, but also helps leaders craft more-effective farmer education and outreach programs.

“I want to explore the reasons why farmers don’t do the things that economists and agronomists think they should be doing,” Magnan said. “A lot of those constraints come from lack of market access, a lack of information or that their planting systems are very complex.”

As part of his PMIL assignment, he is researching how farmers in Ghana can reduce the amount aflatoxin in their groundnuts and how they can be encouraged to follow the steps required to do so.

In 2014, Magnan’s team found that, in Ghana, peanuts that were dried on tarps instead of on the ground had significantly less aflatoxin. They are testing to see if offering a premium price for low-aflatoxin peanuts encourages farmers to dry their crops on tarps.

“We’ve given farmers tarps, or the opportunity to buy tarps at a low cost,” he said. “Now we want to see if a market incentive can get them to use them for drying peanuts, rather than for some other purpose.”

In addition to his research, Magnan teaches an undergraduate and a graduate course in development economics at UGA. He focusses less on the history of international development and more on the different ways people are working to build food-security today. He shares contemporary case studies and policy issues with all of his students.

Magnan earned a doctorate in agricultural and resource economics from the University of California at Davis in 2010. Before coming to UGA, he worked as a research fellow at the International Food Policy Research Institute, an international agricultural research center that focuses on food security in developing countries, and still collaborates with researchers from the institute.

“Dr. Magnan’s positive impact on the internationalization of UGA in his first three years here has been nothing short of impressive,” said Amrit Bart, director of the CAES Office of Global Programs. “His international research and teaching programs are a tremendous asset to CAES as we continue to build our international portfolio.”

To learn more about Magnan visit sites.google.com/site/nickmagnan. For more information on his PMIL project, go to pmil.caes.uga.edu/contact/MagnanN.html. 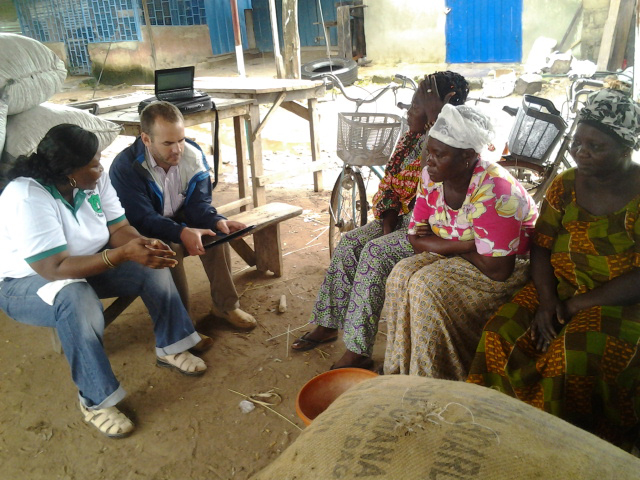