From vineyards and vegetable patches to state-of-the-art food processing and food safety operations, agriculture in northeast Georgia is made up of a large and diverse set of enterprises.

University of Georgia President Jere W. Morehead took time to learn more about the farms, factories and laboratories that contribute to the region and the state’s largest industry Wednesday during the president's annual farm tour.

This is the third year Morehead has joined Georgia’s Commissioner of Agriculture Gary Black and members of the Georgia General Assembly to visit local farms and food-based businesses around the state. In 2013, the delegation visited farms in northwest Georgia, and in 2014, they visited farms in southwest Georgia. This year the focus was on northeast Georgia.

“This tour is just another example of our efforts to help connect the dots, and we feel that we did that today with some great dialogue between the businesses visited and the members of our delegation,” Black said.

With agritourism, poultry and food manufacturing all playing key roles in northeast Georgia’s agricultural economy, the tour covered six points of interest — from Tiger, in the north Georgia mountains, to Flowery Branch, south of Gainesville.

Starting at Tiger Mountain Vineyards, the delegation learned about one of the fastest growing sectors of Georgia's agricultural economy and how UGA is contributing to its success through research into grape production, food safety, and production research and economic development services.

While still in its infancy, the wine industry in Georgia makes an annual impact of $81.6 million on the state’s economy, according to a 2013 report from the UGA Center for Agribusiness and Economic Development.

While in Tiger, they also visited Hillside Orchards, a top producer of specialty jams, jellies and ciders. They then traveled to Jaemor Farms, in Alto, where many of Hillside's products are sold.

Drew Echols, manager at Jaemor Farms and a UGA College of Agricultural and Environmental Sciences alumni, explained how horticultural research at UGA has helped strengthen their vegetable and fruit production and helped the farm to grow into an agritourism destination that attracts visitors from all over the country.

Ag and natural resources tourism is a $142.3 million business in Georgia, according to the most recent UGA Farm Gate Value Report.

Morehead also visited the headquarters of the Georgia Poultry Laboratory Network in Gainesville, which is one of several state-of-the-art facilities built to protect the safety of Georgia's most valuable commodity — poultry. Georgia’s poultry farmers produce $5.2 billion dollars worth of chicken and eggs each year, according to the farm gate value report.

“This year’s tour was somewhat different," Angle said. "We visited food manufacturing facilities, in addition to farms, to show the scope of our college’s contributions to the agricultural economy and to demonstrate the full spectrum of agricultural activities in the state — from farming to food safety and manufacturing value-added products.”

Food processing businesses in Georgia employ about 60,000 Georgians and make a $12.5 billion contribution to the gross state product annually, according to the Georgia Department of Economic Development.

To round out the tour, the delegation visited Sonstegard Foods, a third generation business that provides eggs and a variety of egg products throughout the U.S. While the majority of Georgia’s poultry is raised for meat, eggs are a $7.79 million business in the state, according to the farm gate value report.

At each stop, farm and plant managers shared ways in which UGA has contributed to their success and ways that the university could help in the future.

“Each year our farm tour proves to be an excellent opportunity to showcase the impact UGA has on the lives of everyday Georgians,” Angle said. “It’s also a great chance to learn about the issues and the opportunities facing Georgia's farmers and how we can help.”

For more information about the UGA College of Agricultural and Environmental Sciences visit caes.uga.edu. 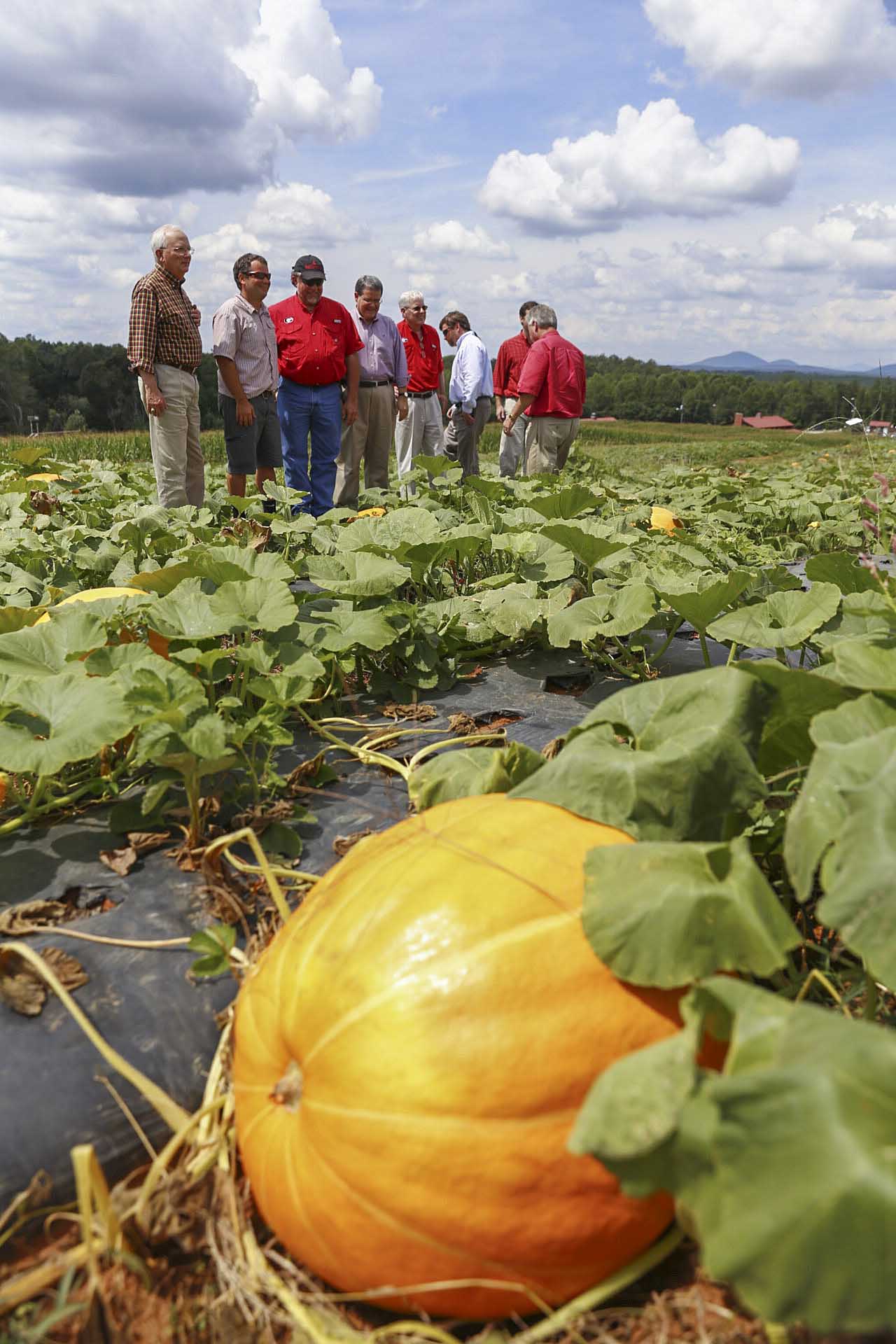 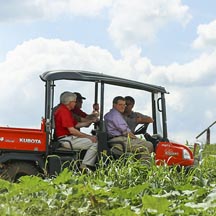