As if starting the new school year wasn’t stressful enough, a recent study found that Georgia is now home to insecticide-resistant head lice.

With headlines that use terms like “mutant"or “super" lice, parents might think that these lice have come from outer space or a secret government laboratory. Not so, says University of Georgia entomologist Nancy Hinkle.

Insecticide resistance has been a problem for years. This study, released at an American Chemical Society meeting earlier this month, identified the lice in 37 states. Hinkle believes they may be more widespread than that.

“Depending on which heads you look at, you are probably going to find resistant lice in all of the states,” Hinkle said. “I don’t think we can say how prevalent they are at this point. But whether it’s 30 percent of the lice out there or 90 percent, they’re out there.”

The good news is that even “super" lice are treatable and, while lice infestations can be psychosocially traumatic, they’re not actually dangerous. It’s important for parents to remember lice are common and don’t reflect on you or your child’s hygiene, she said.

What has made these lice so “super” is that they’ve developed a resistance to permethrin, the active ingredient in lice treatments like Nix or Elimite. For about 25 years, permethrin products have been the gold standard for treating head lice.

When introduced, the permethrin products worked nearly every time on every head and had an exceptionally low toxicity to humans and pets, Hinkle said.

“Permethrin has been used a lot,” she said. “When it first came out, it worked 100 percent of the time. When something works well, everyone uses it, and that’s always how resistance develops.”

Over time, only the lice that survived the permethrin treatments went on to reproduce, so lice populations on the whole became more resistant.

This is a problem with insecticides across the board, and it’s one reason why UGA entomologists have to keep working to find safe ways to control common insect pests, Hinkle said.

Until the next tried-and-true lice-busting method is developed, Hinkle recommends parents help their kids avoid lice. Ask students to refrain from sharing hats, headphones, brushes and other items that come in close contact with their hair.

If students do contract lice, parents should start treatment with permethrin products and then follow up with manual removal, removing louse and louse eggs with a nit comb. Hinkle stresses that it’s important to follow the instructions on the package for treatment to be effective and safe.

Even when using permethrin, parents have to manually comb and remove lice eggs from their child’s head because no product kills lice eggs. The only difference with the insecticide-resistant lice is that parents may also find live lice when they are removing the eggs, she said.

“I would start by following the directions on a permethrin product, then I would follow up every three or four days with manual removal,” Hinkle said. “Manual removal is tedious, but it’s always effective. The big challenge here is getting a child to sit down for 45 minutes so you can comb through his or her hair with a nit comb.”

“Your best investment in fighting lice may actually be a new DVD or streaming video to keep your child entertained while you comb,” she said.

For more information about avoiding and treating lice, visit extension.uga.edu and search “lice.” 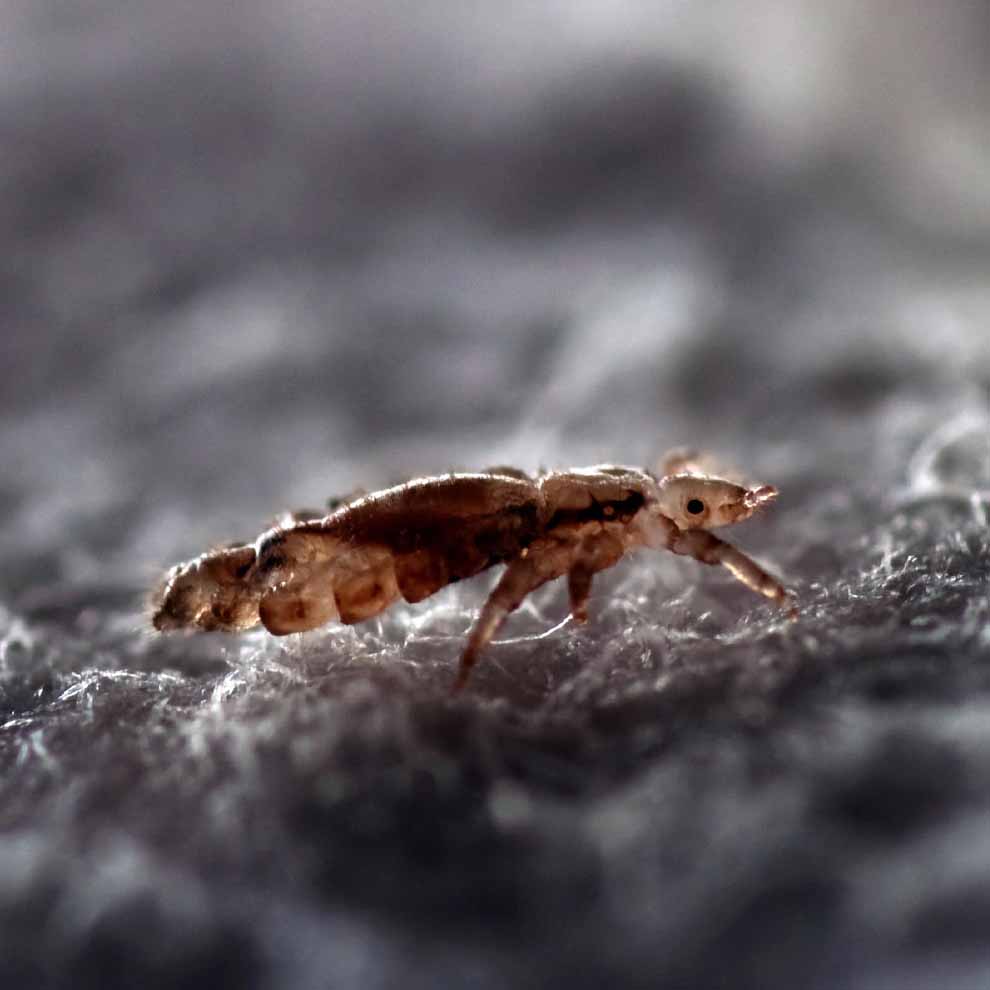